(ATTN: RECASTS throughout with Kim's arrival in Seoul; CHANGES photo)

SEOUL, June 19 (Yonhap) -- The new U.S. special representative for North Korea, Sung Kim, arrived in Seoul on Saturday for talks with his South Korean and Japanese counterparts, as they seek a coordinated strategy to resume nuclear diplomacy with Pyongyang.

Kim's five-day trip came days after North Korean leader Kim Jong-un said his country should be ready for dialogue and more importantly, confrontation with the United States, and stressed the "stable control" of the Korean Peninsula situation in his first message toward President Joe Biden's administration.

It marks Kim's first visit to Seoul since he was appointed the chief U.S. nuclear envoy last month in a signal of Washington's readiness to reengage with Pyongyang.

Upon arrival at Incheon International Airport, west of Seoul, Kim said that he is looking forward to "productive meetings" with his South Korean and Japanese counterparts here. 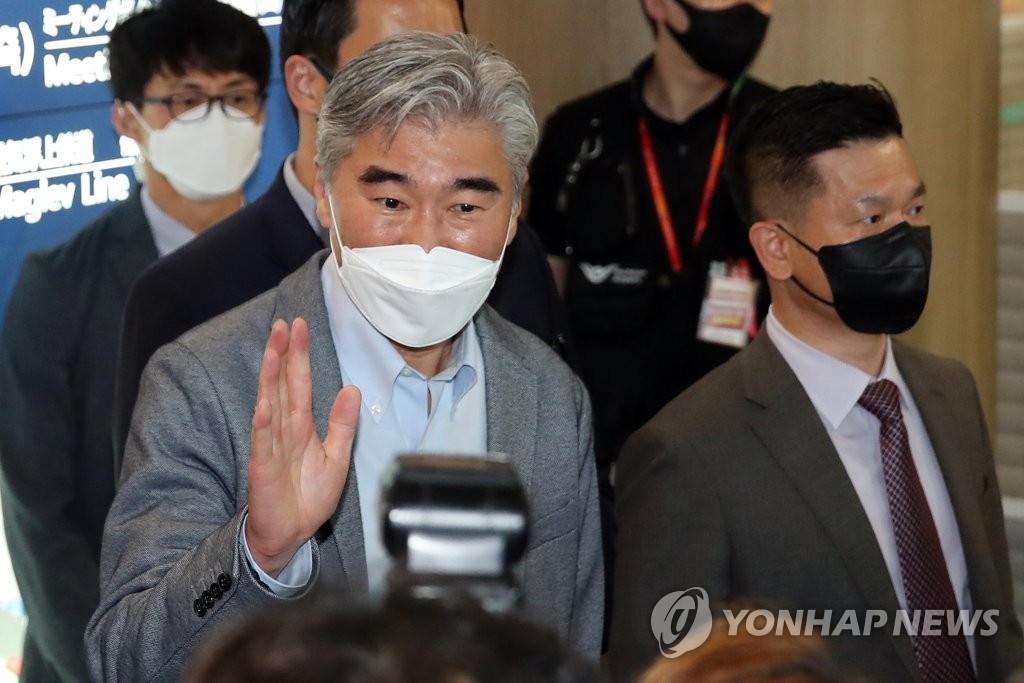 The upcoming talks have been arranged amid concerns that efforts for dialogue with the North could lose traction if Seoul and Washington press ahead with their annual summertime military exercise, and when South Korea's presidential election season kicks in later this year.

During his stay in Seoul, Kim also plans to meet with other senior South Korean officials and members of academia and civil society to discuss the outcome of Washington's recently completed review of policy on the North, the State Department has said.

In April, Washington completed its monthslong policy review and said that it would pursue a "calibrated, practical" approach toward the goal of the complete denuclearization of the Korean Peninsula.

After his first in-person summit with President Moon Jae-in in Washington on May 21, Biden made clear the U.S.' willingness to engage diplomatically with the North to take "pragmatic steps" to reduce tensions with the recalcitrant regime.

Kim is accompanied by Deputy Special Representative Jung Pak and a representative of the National Security Council.