SEOUL, June 18 (Yonhap) -- A South Korean man was caught trying to cross the inter-Korean border in the Yellow Sea into North Korea aboard a boat, government sources said Friday.

The man in his 40s got on a vessel docked at a port on the western border island of Baengnyeong on Wednesday and tried to set sail, but the boat just drifted as it ran out of fuel, according to the sources.

The Coast Guard took him into custody at a nearby port the following day after the owner of the boat reported it missing.

He told investigators that he stole the boat to cross the border into the North, the sources said, adding that he had made such a border crossing attempt in the past.

It is rare for South Koreans to defect to North Korea, whereas the total number of North Korean defectors living in South Korea stood at 33,752 as of the end of last year.

In November, a North Korean civilian crossed the border undeterred and was found in the eastern South Korean town of Goseong in a suspected defection attempt. 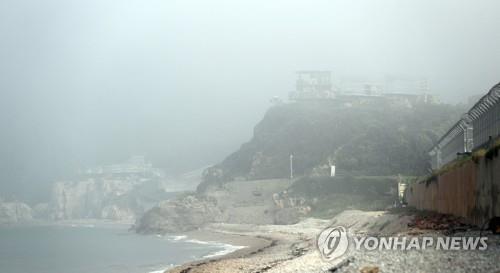