The 13-member group on Friday dropped the six-track album, fronted by main track "Ready to Love," returning to the K-pop scene after eight months. 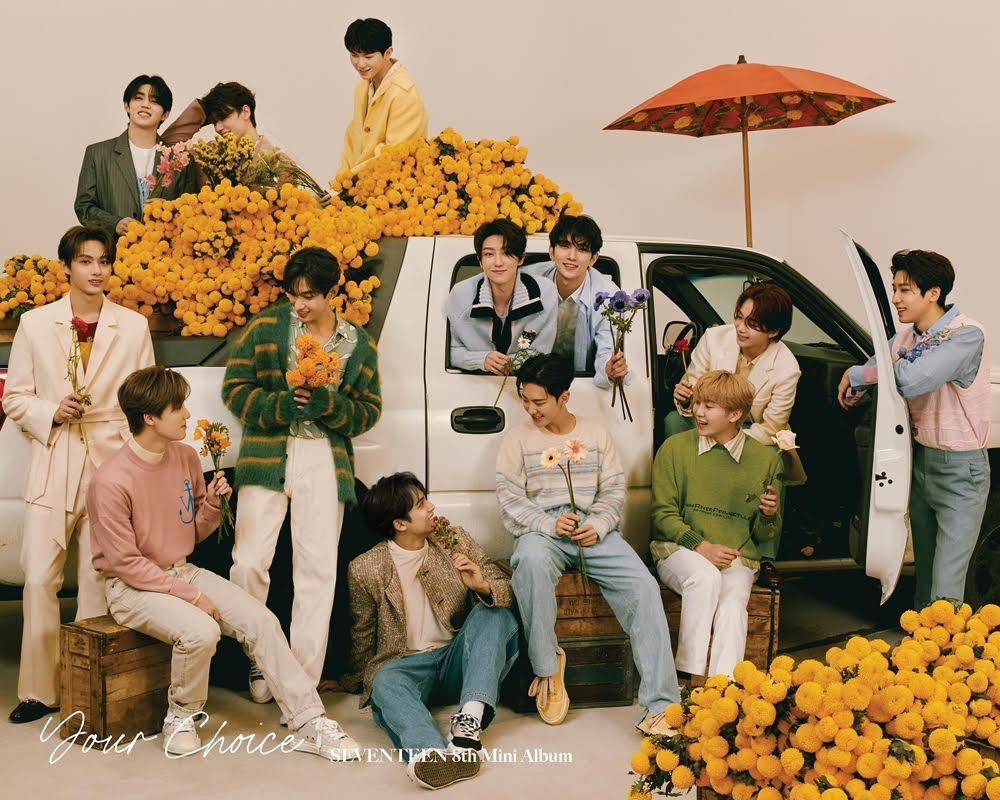 "We've always released new albums on Monday but this time we did it on Friday," group member Seungkwan said in a news conference held in southern Seoul on Friday.

"We hope more people in the United States will pay attention to us and that we'll also have more chances to perform globally. We want to make it to the Billboard's main charts. It will be really encouraging, which is why we're aiming to reach the goal."

When asked about if they have a specific target on the charts, some members playfully mentioned No. 17 -- referring to their team name -- while some said they are aiming for No. 1.

"Just making it onto the charts will provide a big boost for us," group leader S.Coups said. 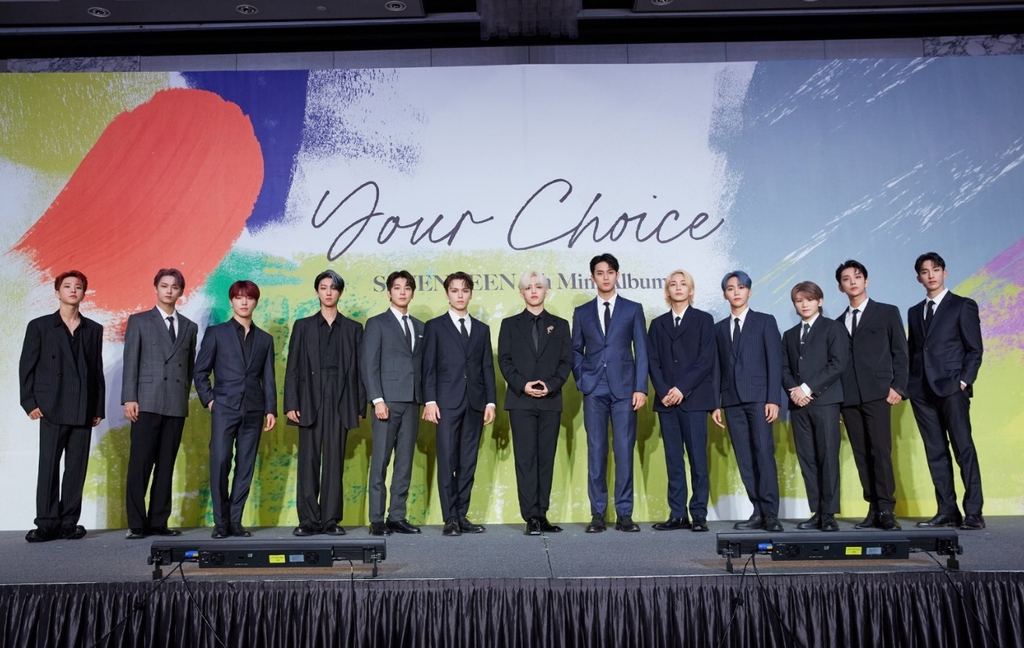 Apart from the quantitative goal, the team said it aims to show many forms and colors of love through "Your Choice," which is part of the group's 2021 project themed "Power of Love."

Signaling the launch of the project, Mingyu and Wonwoo -- members of Seventeen's hip hop unit -- released the digital single "Bittersweet" in late May.

"The project started from the keyword empathy," Hoshi said. "Last year we focused on comforting and encouraging youth and many people related with it. We thought about what other topics we could touch on and reached the keyword love. We plan to show various formats of love and the power of love."

Joshua stressed how the group wanted to show this message of love in Seventeen's unique color.

"Love is at the center of it all. We want to show these diverse forms (of love) in our own very unique way and through this project, we want to make music that many people can relate to and show a new side of Seventeen that no one has seen before." 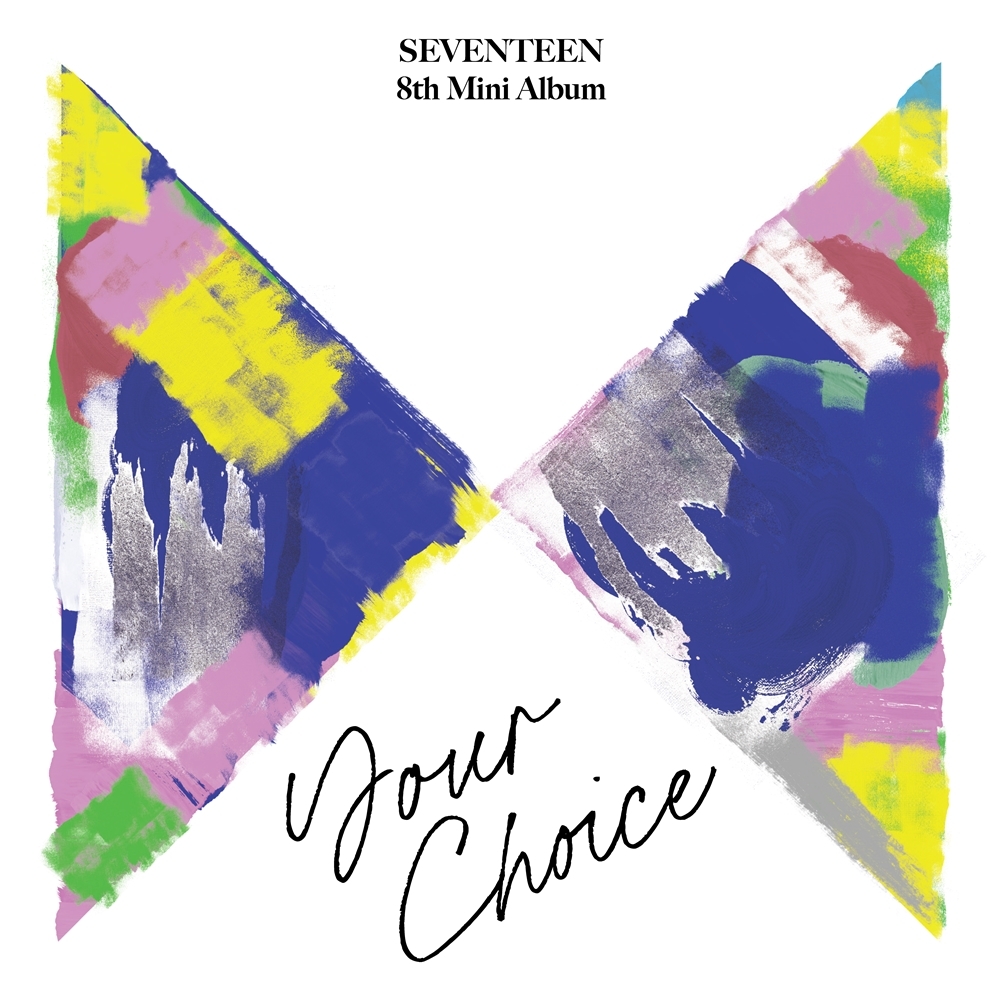 To better convey this theme, the team included songs by the group's three different units -- hip hop, vocal and performance -- in the last half of the album.

"We worked to prioritize the strengths of each member when working on unit songs. For the hip hop unit, the focus was on emphasizing the characters of the unit through rapping, while the performance team took on a new challenge by experimenting with a new genre. For the vocal team, (the focus) was bringing out the harmony between different voices," said Woozi. 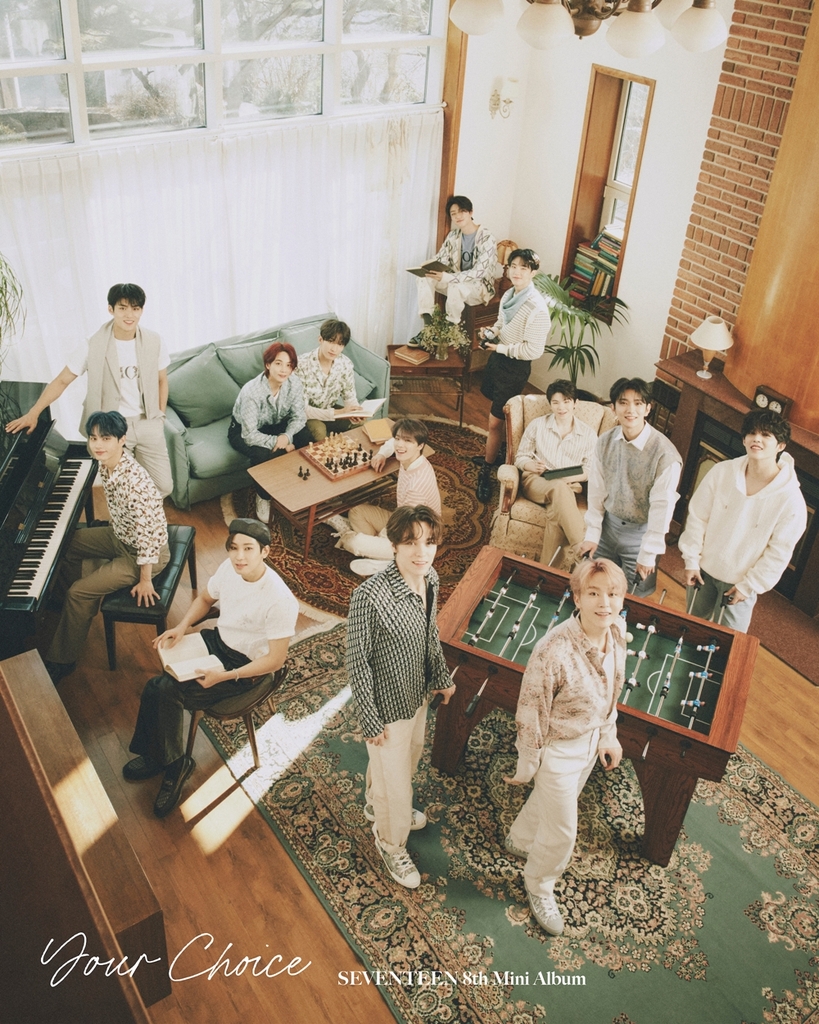 While the group has not been able to meet its fans amid the new coronavirus pandemic, Seventeen thanked them for their continued support, saying how the most impressive love they've experienced is the outpouring of love by their fans.

"It's unfathomable," Hoshi said, mentioning their fan name Carat. "When we meet Carat, it's as if all the feeling is conveyed and we feel we are really loved."

"The most impressive moment of love (I've experienced) is during calls for encore at our concerts. The feeling is very intense -- we feel that fans really enjoy and love our music and that we've become one through music." 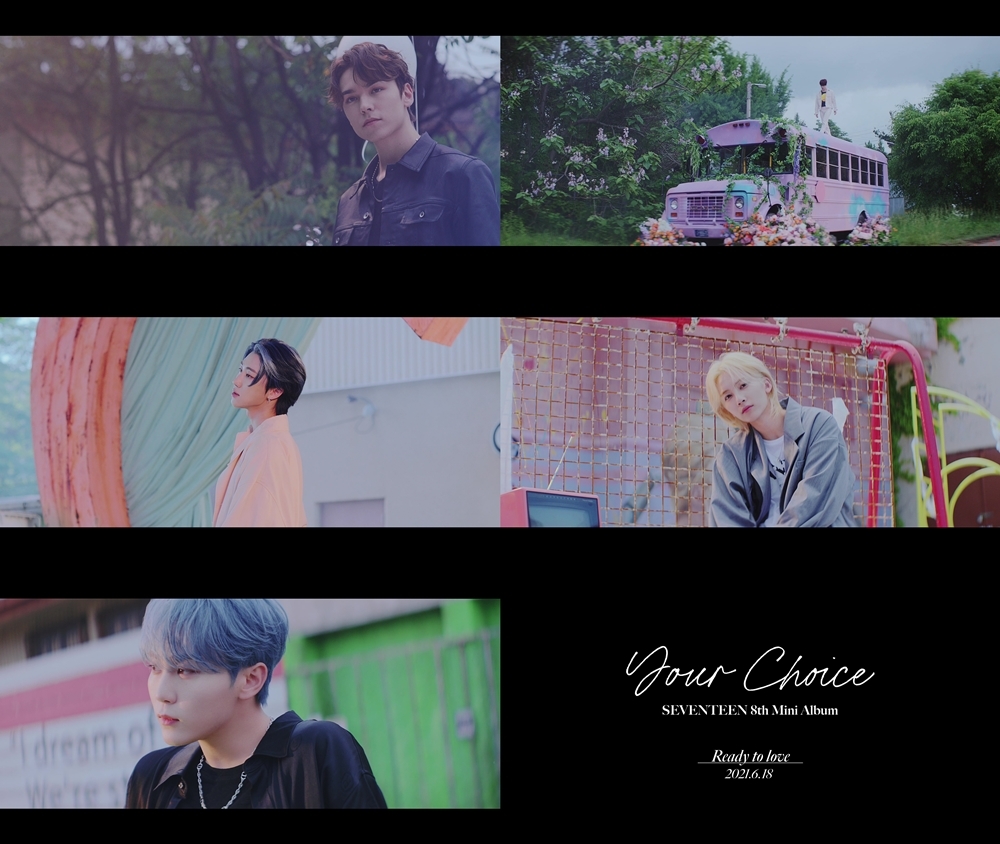 Seventeen, which recently celebrated the sixth anniversary of its debut, said this power of love demonstrated by their fans is what has kept the group going.

"There were so many grateful moments over the past six years. Until the day we celebrate our 10th debut anniversary, we will not forget the thoughts we had when we debuted in 2015 and try to become an artist that can repay Carat's love," DK said.