South Korea's Ministry of Unification said it expects Pyongyang to come up with follow-up measures to achieve the domestic and foreign policy aims established at the meeting.

The ministry, which handles North Korean affairs, said the North sent a "more restrained and flexible message" than in the past in stressing the need to stably manage the political situation on the peninsula.

"In particular, in the context of South Korea and the United States' continued emphasis on the need to swiftly resume dialogue, we take note that Chairman Kim Jong-un personally said (the North) should be ready for dialogue also," the ministry said in an analysis sent to reporters.

South Korea will closely watch the North's future actions toward the South and the U.S. and actively work for peace on the peninsula, humanitarian cooperation between South and North, and the resumption of dialogue between the two Koreas and between the North and the U.S., it added. 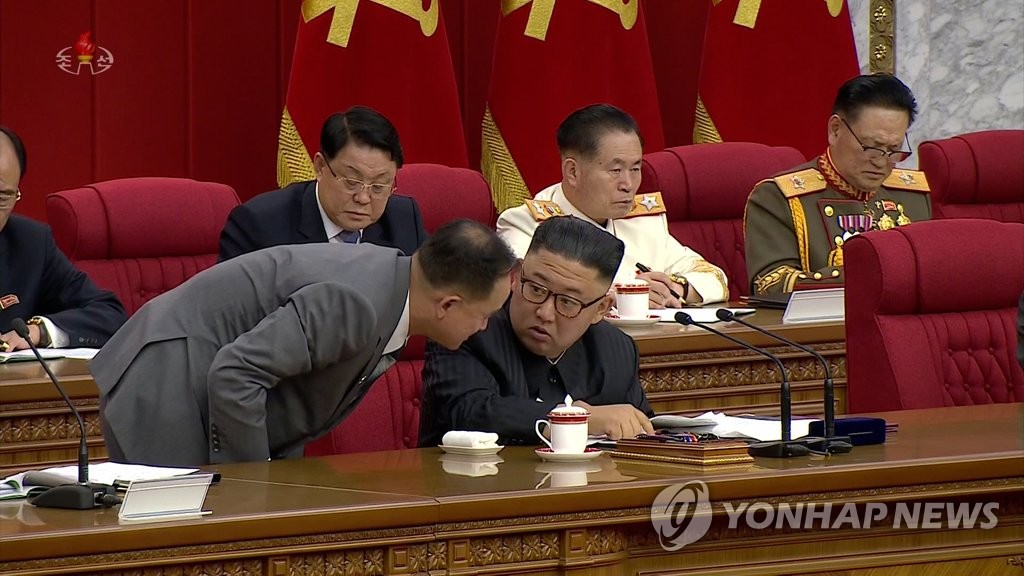