SEOUL, June 19 (Yonhap) -- South Korea's industry ministry said Saturday it will spare no efforts to win a nuclear plant project from the Czech Republic as the European country is open to have Asia's No. 4 economy as a potential partner.

During the meeting, Babis pointed out that South Korean firms should have no hurdles in participating in the bid, compared with those from China or Russia that face concerns over security risks from the opposition parties in the Czech Republic, according to the Ministry of Trade, Industry and Energy. 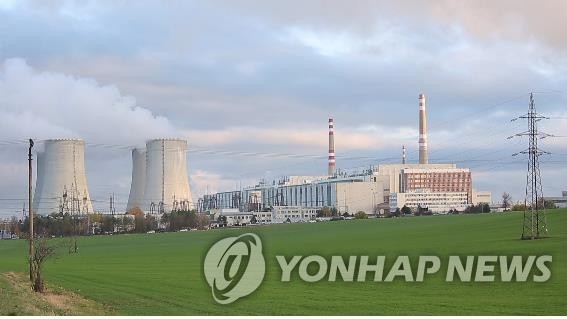 The Czech Republic plans to build an additional reactor in the southern region of Dukovany. The official bidding process is expected to begin in 2022, with the construction set to start in 2029.

The ministry said the size of the project is estimated at around 8 trillion won (US$7 billion). Currently, the United States and France are also eyeing the project.

Moon also invited Babis to visit South Korea to take a tour of nuclear reactors in the country.

Asia's No 4 economy has built 27 nuclear reactors so far, including one in the United Arab Emirates. Seven more are under construction.

In 2009, a South Korean consortium won a contract to build four nuclear reactors in Barakah, 270 kilometers west of Abu Dhabi. The first reactor kicked off its commercial operation in April.

South Korea has been making efforts to penetrate deeper into the overseas nuclear energy market in line with efforts to find new demand, as it has been slowly reducing its local dependence on nuclear plants.

Under the so-called nuclear phase-out plan, South Korea is set to decrease the number of nuclear plants in operation to 17 by 2034, from this year's 24.