The past three days saw case numbers in their 500s, although before that the country reported 452, 399 and 373 infections from Sunday to Tuesday, respectively. 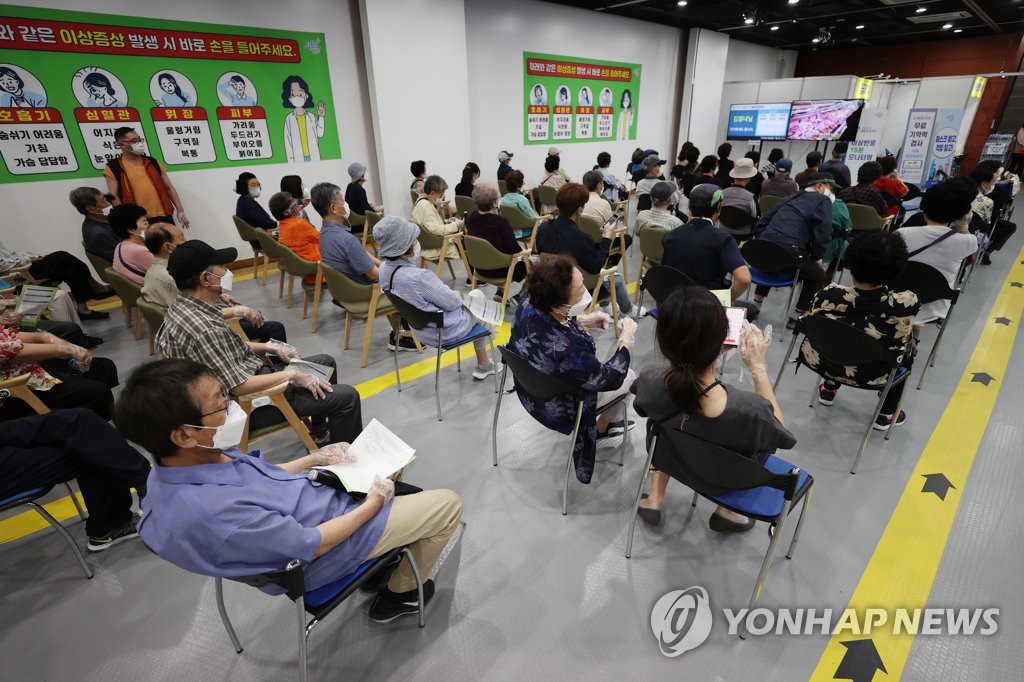 The country added one COVID-19 death Saturday, raising the death toll to 1,997.

Health authorities are set to announce a new four-tier social distancing scheme Sunday, which will likely include eased restrictions on businesses.

Under the current five-tier scheme, the greater Seoul area, Daegu and Jeju Island are under the third-highest Level 2, while the rest of the nation is under the fourth-highest Level 1.5. A nationwide ban on private gatherings of five or more people remains in place. The current rules are set to expire July 4.

The KDCA said Friday that new infections appeared to be slowing as the country's vaccination campaign gains pace.

In recent months, the daily caseload has swung between the 300s and 700s.

The country now aims to inoculate 36 million, or around 70 percent of the population, with at least one jab by September to achieve herd immunity in November.