ICHEON, South Korea, June 19 (Yonhap) -- A firefighter who was trapped in a fire that tore through a Coupang Inc. warehouse was found dead by rescue workers Saturday, officials said.

Kim Dong-shik, 52, was found in the second-floor basement of the e-commerce giant's four-story building in Icheon, 80 kilometers southeast of Seoul, shortly after rescue workers resumed their search for the missing firefighter following a safety inspection of the building. 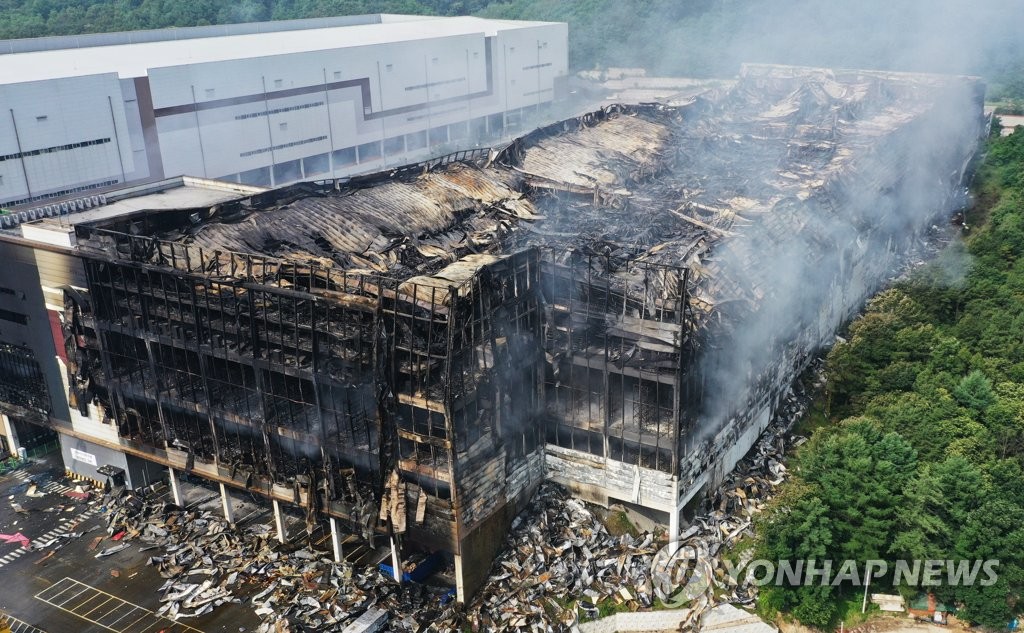 Kim entered the basement around 11:20 a.m. Thursday with four of his colleagues to search for people caught in the fire that broke out earlier that morning. As the blaze began to spread, the four colleagues found their way out, while Kim stood at the back of the line to ensure they reached safety, a colleague said.

A search for Kim immediately got under way but was suspended soon after as the fire engulfed the building and threatened to bring it down.

By Saturday afternoon, the blaze had been brought under control, although it has not been fully put out. 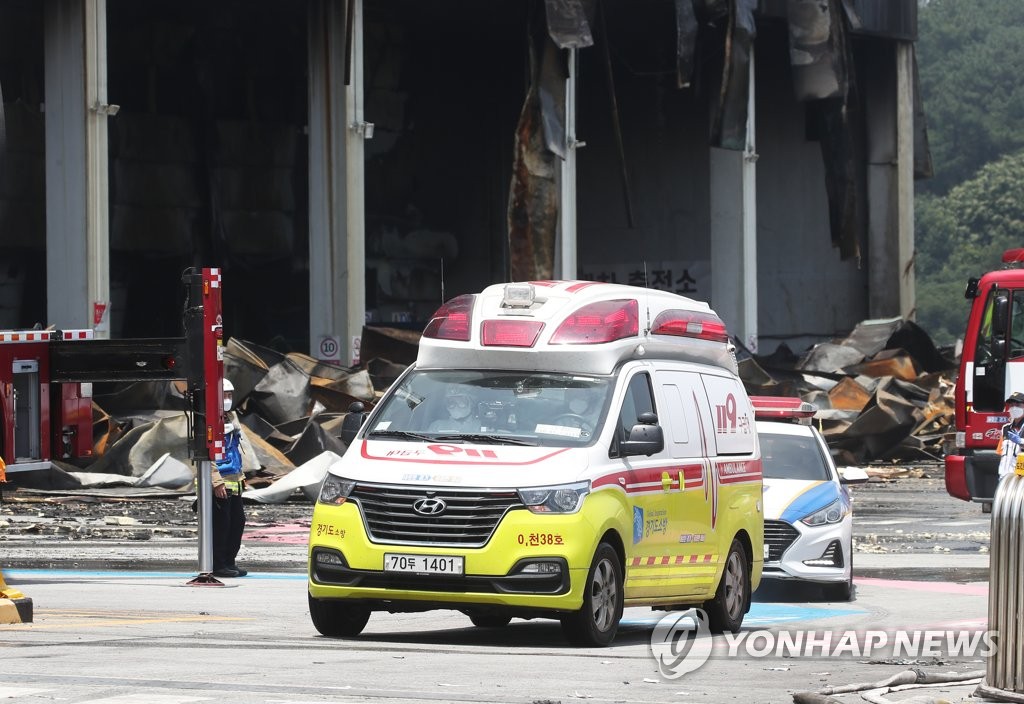 "His body was found severely damaged by the fire," a fire official said. "We collected what we could and took it to the hospital."

The inferno started in the second-floor basement and was thought to be under control several hours later. It quickly spread, however, as the flames jumped between large amounts of flammable packing material, including papers, boxes, plastics and stickers.

Authorities believe the fire was caused by a spark from a power outlet, citing closed-circuit TV footage.

Fire officials said Kim went inside wearing an oxygen tank that typically lasts about 20 minutes in a fire. 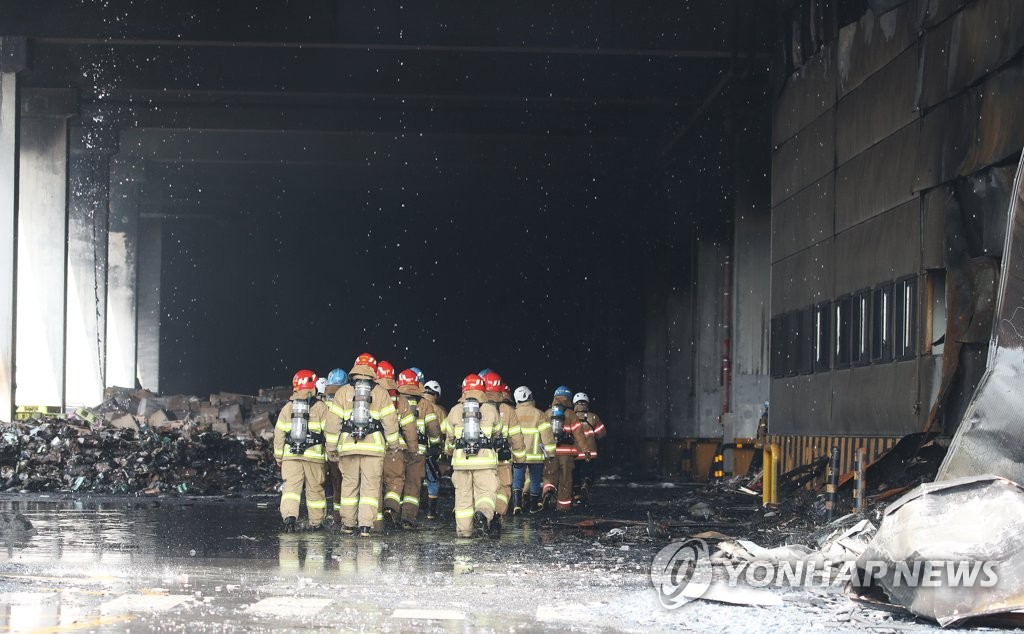 "He would always check the surroundings of a fire scene to make sure his colleagues didn't get injured," Moon Heung-shik, a colleague who had worked with Kim for 20 years, said. "The day before the fire, I saw him training hard at the fire station and said, 'Working hard again!' and we smiled and that was the last time I saw him."

The government of Gyeonggi Province, where Icheon is located, said it plans to recognize Kim's death as a death in the line of duty and hold an official funeral.

The veteran firefighter of 27 years received multiple government awards for his service and possessed various qualifications related to his work.

Kim is survived by his wife and a daughter and a son in their 20s. 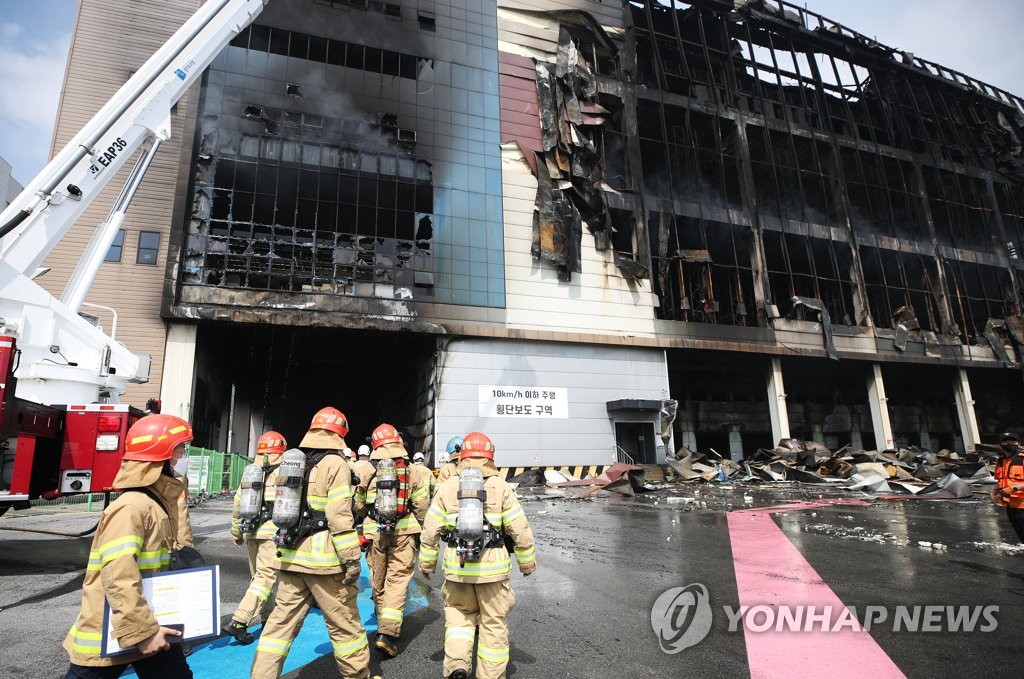 "The entire nation came together waiting for the safe return of (Kim), who prioritized the safety of the other firefighters and devoted himself to the rescue efforts," Moon was quoted as saying. "My heart aches."

Moon pledged the government's best efforts to prevent a recurrence. 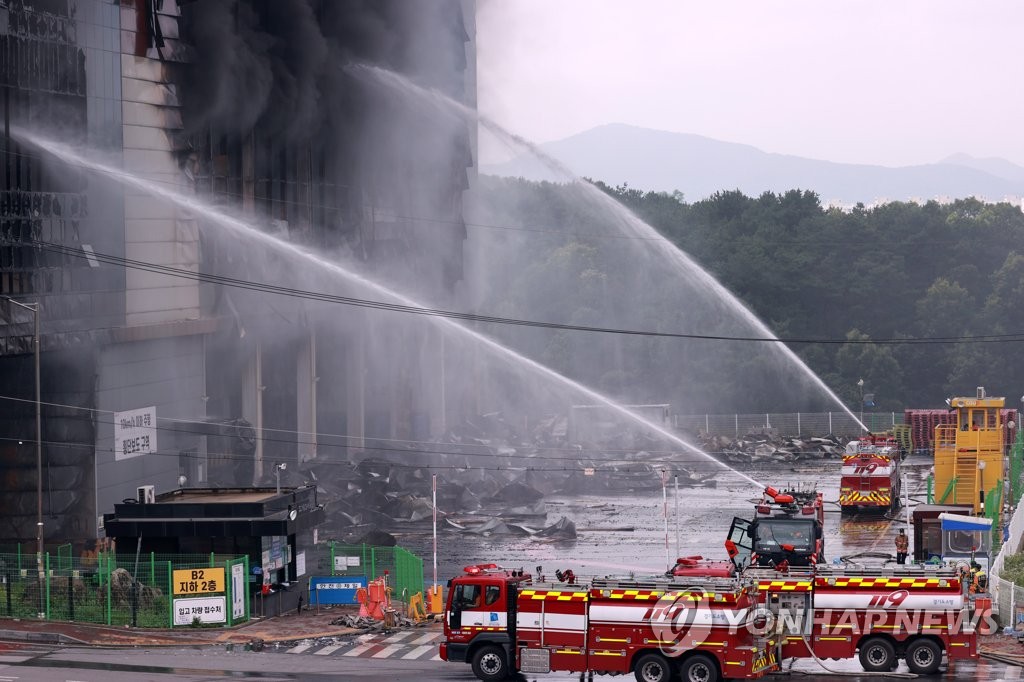 Firefighters said they planned to reenter the building to completely put out the flames after using only water cannons from the outside due to concern it could soon collapse. The second floor began to buckle Friday.

The warehouse handled deliveries nationwide and a Coupang official said the company has been trying to minimize inconvenience to customers by distributing them to other centers.

Coupang CEO Kang Han-seung said in a statement Friday that the company apologizes for "causing concern" and for the damage caused by the fire.

He promised to closely cooperate with the authorities in investigating the blaze.

Fire accidents are not uncommon in Icheon, home to many warehouses due to its proximity to Seoul.

In 2008, 40 people were killed in a fire ignited by explosions inside a refrigerated warehouse in the city. 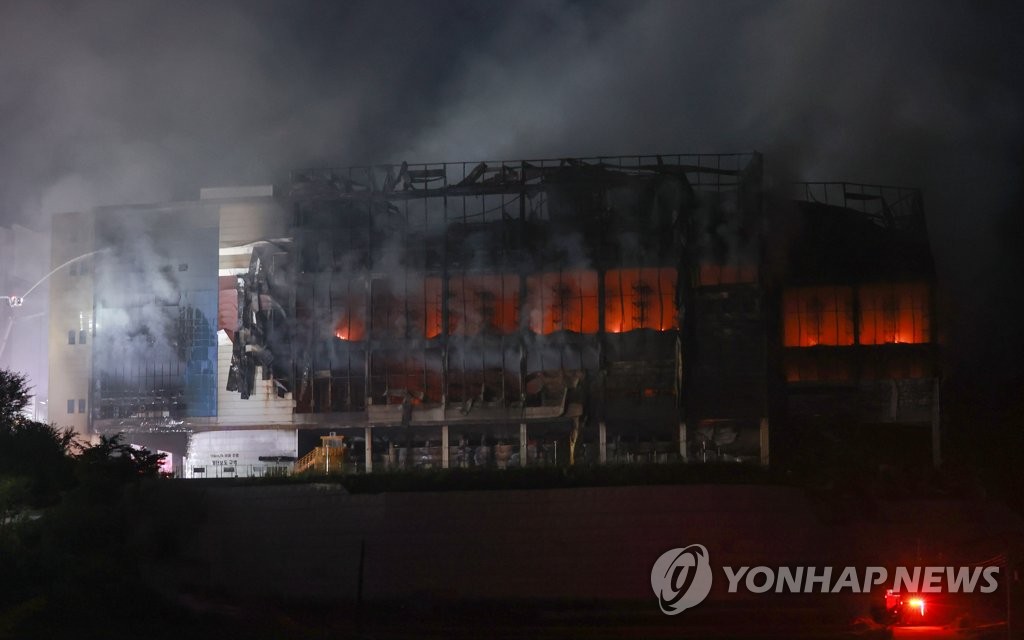 Fencing and taekwondo deliver 3 medals, as no archery means no gold