SEOUL, June 20 (Yonhap) -- Kakao Corp., which operates South Korea's most popular mobile messenger Kakao Talk, emerged as the country's fifth-largest conglomerate in terms of market cap on the back of the recent gains from the main bourse, data showed Sunday.

The combined market cap of Kakao and its affiliates came to 73.9 trillion won (US$65.2 billion) as of Friday, according to Yonhap Infomax, the financial news arm of Yonhap News Agency. 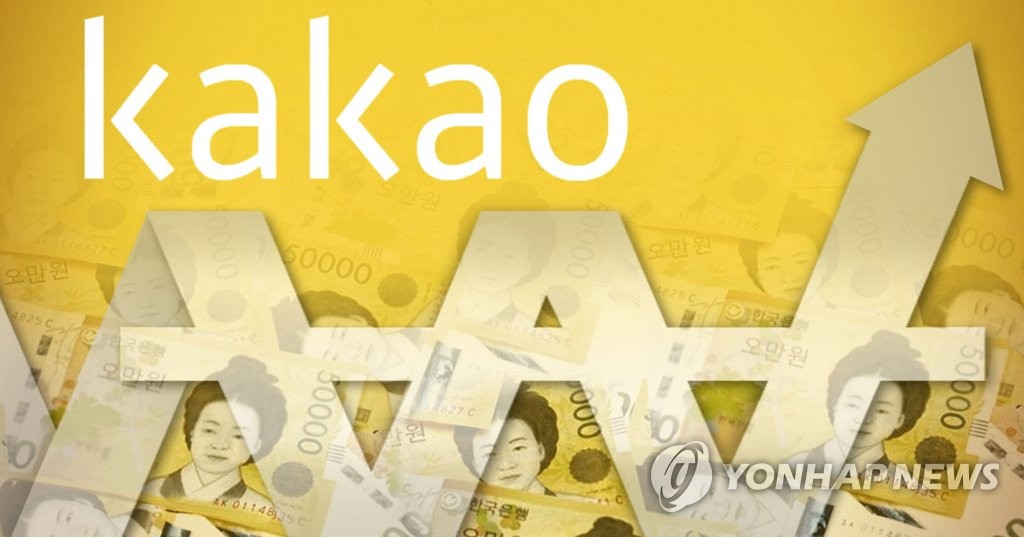 The market cap of Samsung Group, the largest family-controlled conglomerate of South Korea, currently stands at 751 trillion won, followed by SK Group with 200 trillion won and LG Group with 158 trillion won. That of Hyundai Motor Group is estimated at 152 trillion won.

The number of affiliates of Kakao also recently came to 118, more than doubling from 45 tallied in 2015. South Korea's top four conglomerates, on the other hand, saw their affiliates rise 67 over the period.

The latest growth of Kakao came on the back of robust earnings from its advertising, e-commerce and content business, and optimism for the upcoming initial public offerings of its financial subsidiaries later this year.

Kakao emerges as No. 5 conglomerate in terms of market cap

Kakao emerges as No. 5 conglomerate in terms of market cap