Ambassador Sung Kim made the remarks during a meeting with Seoul's top nuclear envoy, Noh Kyu-duk, in Seoul, saying Washington will also be prepared for either dialogue or confrontation.

"We will be prepared for either, because you know, we are still waiting to hear back from Pyongyang ... proposal for a meeting," he said. "Hopefully Chairman Kim's reference to dialogue indicates that we will get a positive response soon."

During the four-day party meeting that ended Friday, the North Korean leader called for his country to be prepared for both dialogue and confrontation, but more importantly the latter, and stressed the need for the "stable control" of the Korean Peninsula situation.

In an interview with ABC News, U.S. National Security Advisor Jake Sullivan called Kim's comments an "interesting signal," saying, "We will wait to see whether they are followed up with any kind of more direct communication to us about a potential path forward." 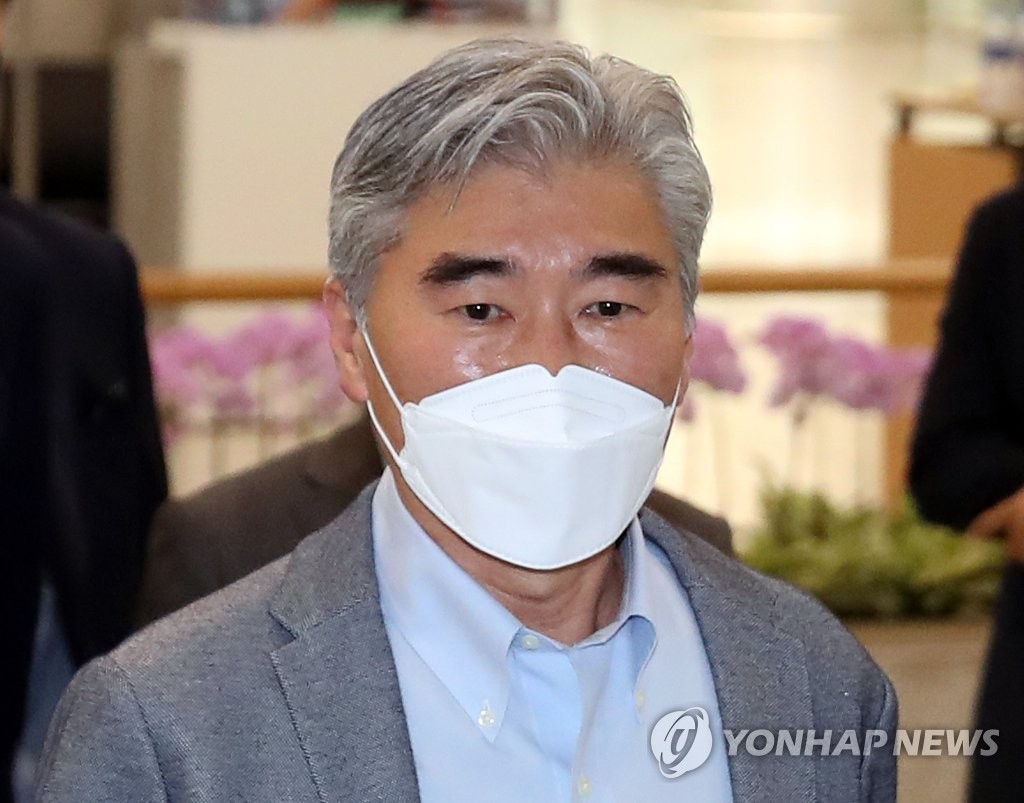 Kim, who doubles as ambassador to Indonesia, is accompanied by Deputy Special Representative Jung Pak and a representative of the National Security Council.

Kim arrived in Seoul on Saturday for a five-day visit.