The minister made the remarks in a pre-released message for a forum in Seoul, also describing the lifting as having "great significance" that has opened a new horizon for the country's defense industry.

After a summit with U.S. President Joe Biden last month, President Moon Jae-in announced the lifting of the guidelines that had barred South Korea from developing or possessing ballistic missiles with a maximum range greater than 800 kilometers.

"On the basis of the termination of the missile guidelines, we will continue to beef up our space capabilities, including surveillance satellites, and set up a system for combined operations in space," Suh said.

The minister also vowed to closely cooperate with the private sector to upgrade the country's space industry in general.

Amid growing interest in the space sector, the state-run Agency for Defense Development set up a new research center dedicated to space technology as part of a major organizational reshuffle.

"We will concentrate our research capabilities in the field to come up with visible outcomes in the short term, along with achievements in long-term goals in the satellite and projectile sectors," the agency said in a release. 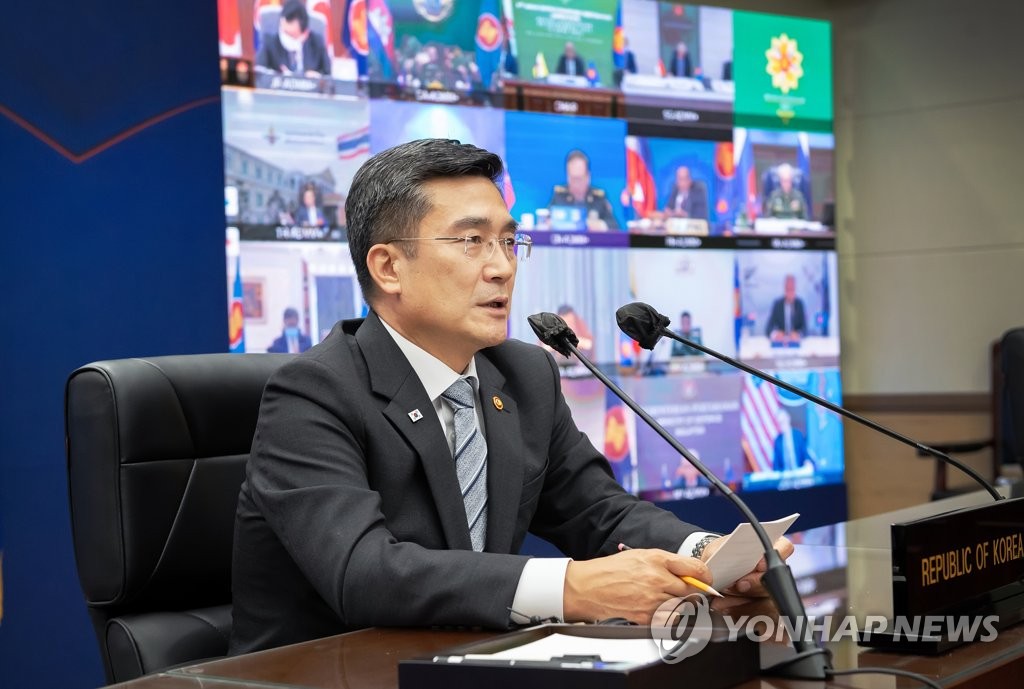