Linde Hydrogen began the construction of the world's single largest liquid hydrogen plant in Ulsan, about 410 kilometers southeast of Seoul. The plant is set to be completed by early 2023, the machinery arm of chemical conglomerate Hyosung Group said.

The plant, which is capable of producing 13,000 tons of liquid hydrogen a year, can process enough hydrogen for 100,000 vehicles and reduce carbon dioxide emissions by 130,000 tons each year, Hyosung Heavy said.

Liquid hydrogen is stored in large insulated tanks by cooling hydrogen to a temperature below minus 253 C, which takes less space than gaseous hydrogen stored at extremely high pressures.

The two companies agreed to invest about 300 billion won (US$264.5 million) to establish the liquid hydrogen filing stations across South Korea to distribute it when the plant comes online.

Hyosung has been ramping up investment to build hydrogen manufacturing facilities and charging stations in order to get ready for rising demand in various industrial purposes, including vehicles, vessels and factories. 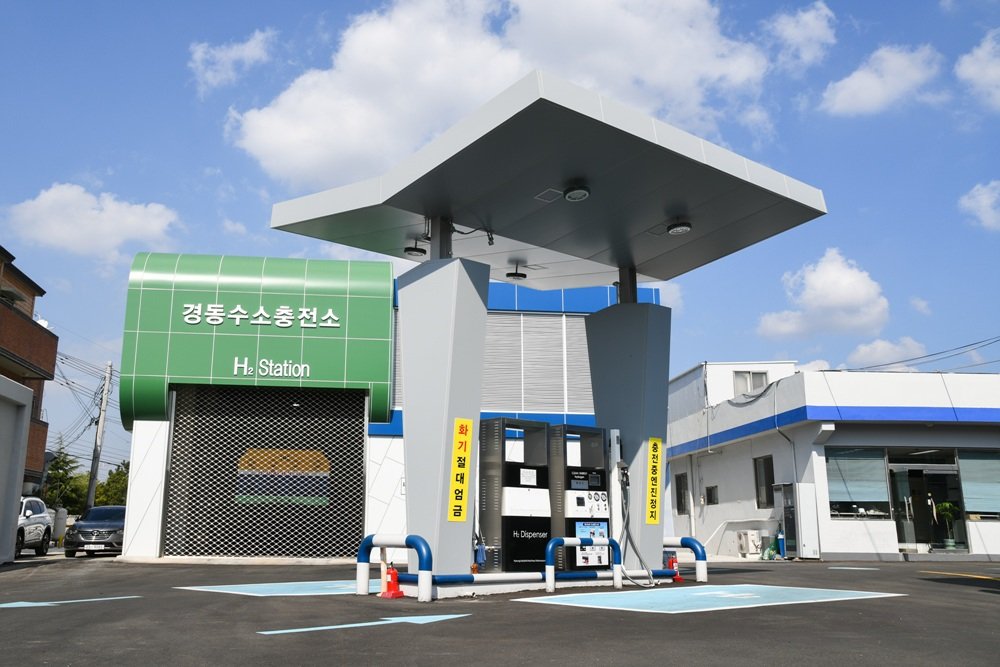