The meeting between Lee Sang-ryeol, director general for Asia and Pacific affairs at Seoul's foreign ministry, and his Japanese counterpart, Takehiro Funakoshi, came amid little headway in Seoul's efforts to mend strained ties with Tokyo.

Funakoshi, who doubles as Japan's top nuclear envoy, is in Seoul this week for trilateral talks with his South Korean and U.S. counterparts to discuss North Korea's denuclearization.

Lee stressed during the talks that Japan needs to show sincerity in efforts to resolve the row over forced labor and sexual slavery, noting that Seoul has been meeting the victims' representatives and advocacy groups to hear their opinions, the foreign ministry said in a release.

Lee also relayed concerns over Tokyo's continued territorial claims to South Korea's easternmost islets of Dokdo and its planned release into the ocean of radioactive water from its wrecked Fukushima nuclear power plant.

At the talks, the two sides shared the understanding that advancing bilateral ties in "a stable and forward-looking manner" is vital to peace and stability in Northeast Asia and beyond, the ministry said.

Tokyo took issue with Seoul's annual drills to defend its easternmost islets of Dokdo, to which Japan has laid territorial claims. 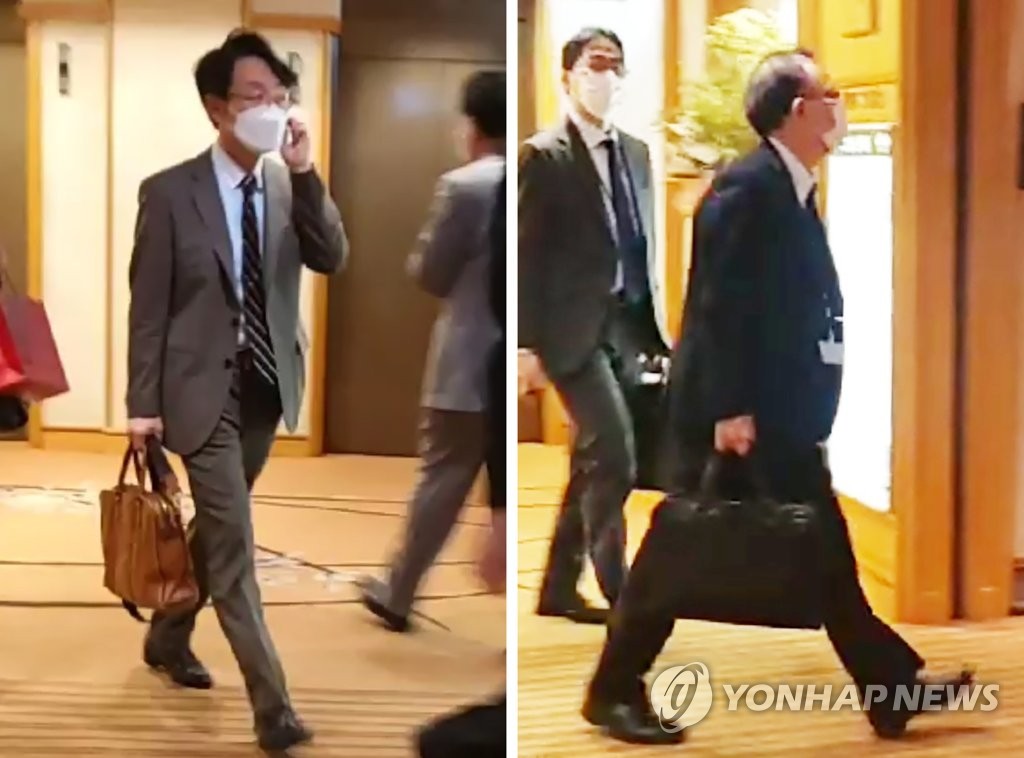