SEOUL, June 21 (Yonhap) -- South Korea became the world's third-largest exporter of cosmetics products in 2020 with its trade balance in the sector remaining in the black for nine straight years, government data showed Monday.

The country exported US$7.57 billion worth of cosmetics goods last year, up 16.1 percent from a year earlier, according to the data from the Ministry of Food and Drug Safety.

South Korea's exports were third in the world, trailing France and the United States.

Asia's fourth-largest economy posted a $6.4 billion surplus in the cosmetics trade last year, up from a surplus of $5.41 billion a year earlier.

Cosmetics exports to China came to $3.87 billion in 2020, taking up 50.3 percent of the total. Shipments to Russia, Kazakhstan, Japan, Britain, Canada and the U.S. also went up. 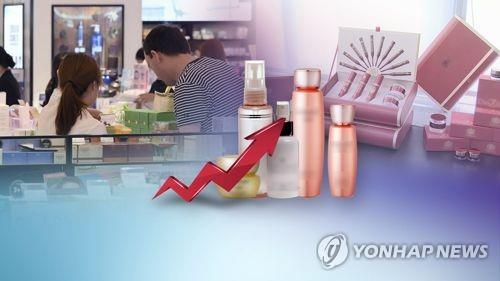