Under the 438 billion won deal with an Oceanian company, KSOE will deliver two 174,000-cubic meter liquefied natural gas (LNG) carriers to be constructed by its unit Hyundai Heavy Industries Co. by the end of 2023, the company said in a regulatory filing.

Another deal worth 106 billion won inked with a European company calls for KSOE's unit Hyundai Samho Heavy Industries Co. to build a 300,000-ton oil tanker and deliver it by the second half of 2023. 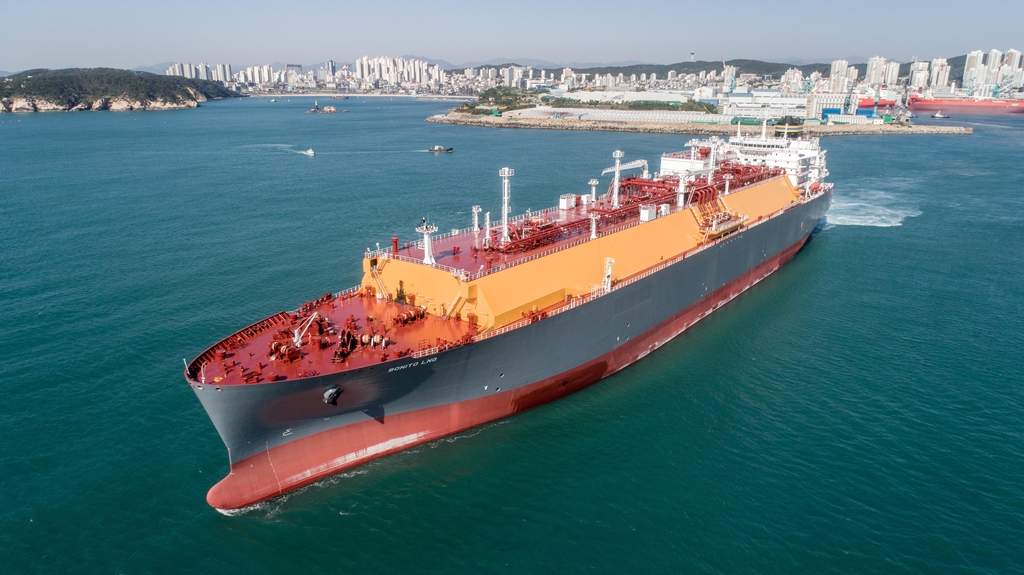 A 91,000-cubic meter liquefied petroleum gas (LPG) carrier was ordered by a Greek company, with two of the same vessels ordered by a company that asked KSOE not to reveal its name.

Another KSOE subsidiary, Hyundai Mipo Dockyard Co., grabbed a 256.6 billion-won order to build four 115,000-ton petrochemicals carriers from a European company, with the order to be completed by March 2024.

By subsidiary, Hyundai Heavy Industries obtained orders worth $7.08 billion in the January-May period, up fivefold from a year ago, the company said in a separate regulatory filing.

Hyundai Heavy Samho Industries' new orders amounted to $2.39 billion during the above cited period, up more than 11-fold from the previous year, with Hyundai Mipo Dockyard winning $2.53 billion in new orders, up over threefold.

With the latest orders, KSOE, the holding company of the three shipbuilders, has won orders worth $12.2 billion so far this year, achieving 140 ships or 82 percent of its annual order target of $14.9 billion.
(END)