SEOUL, June 21 (Yonhap) -- Prolific violinist Kim Bomsori said Monday that her latest album is aimed at translating famous opera and ballet numbers into her own language of the string and presenting herself as a solo artist.

Her latest album, "Violin on Stage," was released last Friday, with the German classical music record label Deutsche Grammophon (DG). It is her first DG album since she became the first South Korean violinist to sign with the German label in February.

The nine-track album includes familiar music from operas and ballets, such as "Pax de Deux" from "The Nutcracker," a Tchaikovsky ballet, and "My Heart Opens Itself to Your Voice" from Saint-Saens opera "Samson and Delilah." 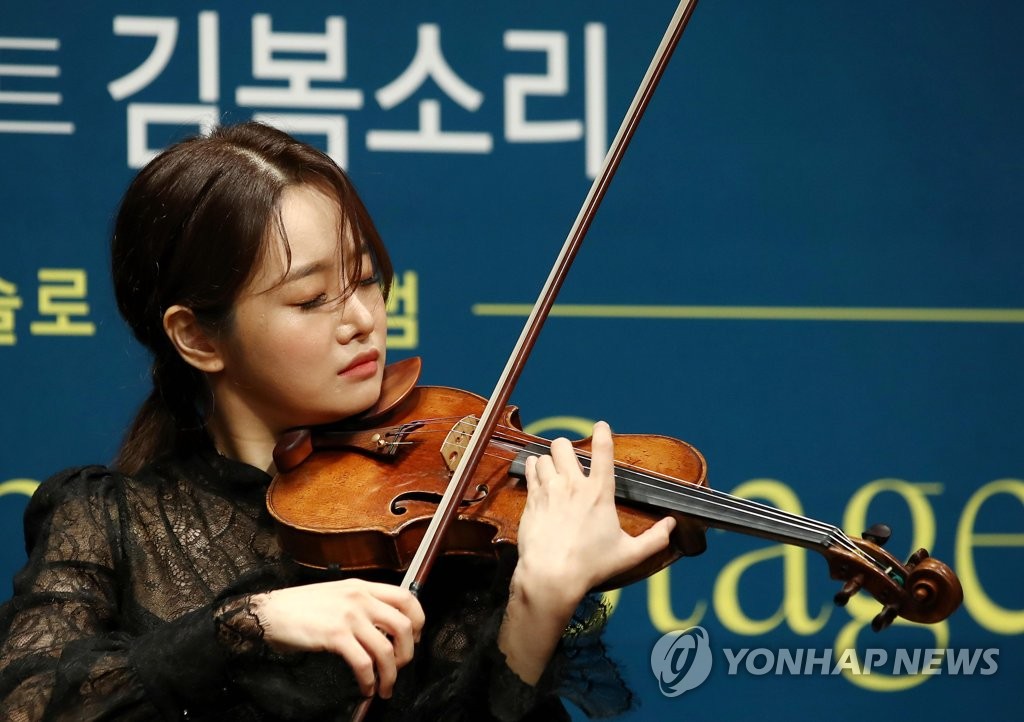 "I love singing and dancing. As a violinist, I want to play opera numbers and ballet scores with violin," she said in a press conference. "While my previous albums exhibited my career as a chamber music player and a collaborator with an orchestra, this project will highlight my ability as a solo artist in a different way."

For the new album, she made ambitious choices in repertoire, showing off her virtuosity and brilliance in interpreting music.

Along with some Polish dance music, she added four new arrangements of opera and ballet numbers, led by Austrian composer Michael Rot. He arranged the pieces, which were originally composed for an orchestra or vocal singers, for violin.

"I talked a lot with the composer. I asked him to make songs sound more like a violin repertoire, using some violin-only techniques," she said. "It was a pleasing experience to see that my thoughts were reflected in a new set of violin arrangements."

The Saint-Saens' aria, "My Heart Opens Itself to Your Voice," is one of the most popular recital pieces in the mezzo-soprano repertoire, so it has been played by some cello artists, but not by a violinist so far.

Her aria will be the first ever performance of the song's violin edition. 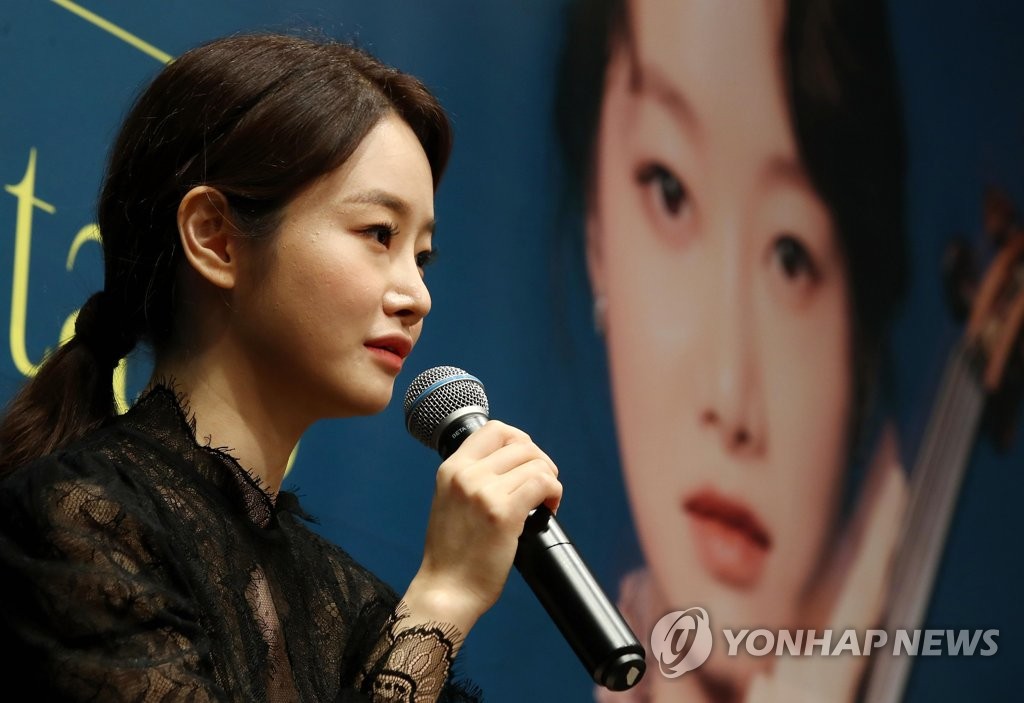 Hailed as compelling tone and outstanding musicality, she has made her presence felt as a violin musician with prestigious orchestras all over the world including the New York Philharmonic.

"I love to see singers sing freely immersed in emotions," said the 31-year old artist, who first held a violin when she was five years old. "Now I think can play the violin as freely as singers sing. My latest album is like my voice sung by violin."

She will have four recitals in Korea this week, including one in Seoul on Saturday.

For the schedule in her homeland, she came to Seoul from Berlin, where she is based, and went through a two-week isolation.

"Due to the pandemic, having a concert and recording an album became so difficult," she said. "During my recital, I hope people feel they are in a different place or different world."

Violinist renders opera, ballet numbers in a language of her own

Violinist renders opera, ballet numbers in a language of her own