SEOUL, June 22 (Yonhap) -- As former Prosecutor General Yoon Seok-youl, a leading presidential hopeful for the opposition bloc, faces challenges even before he declares his bid, new hopefuls are emerging as possible conservative runners with about eight months left before the election.

Having led a majority of public opinion polls for presidential hopefuls since late last year, Yoon saw a major setback in his yet-to-be-declared presidential bid this week from the sudden resignation of his chief spokesman and a dossier allegedly detailing his and his family's suspected illegalities.

The spokesman Lee Dong-hoon abruptly stepped down Sunday, only 10 days after his appointment, over what the media pinpointed as being out of step with the former prosecutor general.

Separately, Yoon is witnessing the dossier called the "Yoon Seok-youl X-file" allegedly getting circulated in the political circle. Exact details of the controversial document remain unknown, according to judicial and political circles.

Yoon's side dismissed the file as something unworthy of an official response. "(We) decided not to react to this case at a time when (we) don't know whether this 'X-file' really exists," a spokesman for Yoon's side said earlier this week.

While many see the content of the file presents nothing new about various suspicions that have been raised against him, a conservative pundit has said the document may topple Yoon's presidential bid. 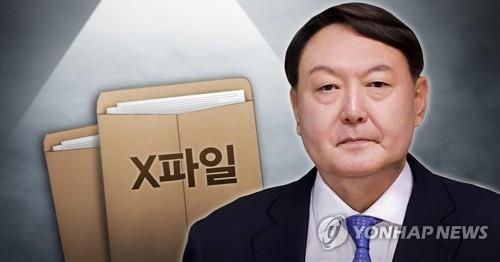 As the growing controversies increasingly weigh down Yoon and his fledgling campaign, several others are getting media attention as possible candidates for the opposition bloc.

One of them is Choe Jae-hyeong, the incumbent chief of the Board of Audit and Inspection, who won the favor of the opposition bloc for his unfazed scrutiny of the Moon Jae-in government's controversial policy to phase out nuclear power.

He has hinted at his imminent plan to declare a presidential bid, telling lawmakers last week, "I will organize my thoughts and soon announce them." Choe is widely expected to step down from the public seat late this month to declare his decision to run for the presidency.

Ex-Finance Minister Kim Dong-yeon, who served from 2017-2018 under the Moon administration, is also rising as a potential hopeful. 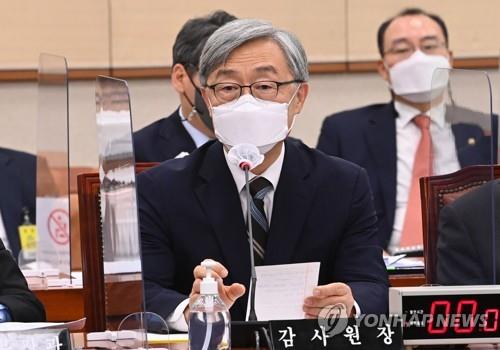 The glitch in Yoon's campaign also shed new light on a number of existing candidates in the main opposition People Power Party (PPP), who have largely been outshadowed by the overwhelming opinion poll lead by the former prosecutor general.

Political sources expect Seoul Mayor Oh Se-hoon to also be prodded to join the election in the event of Yoon's potential dropout, after Oh's landslide victory in the Seoul mayoral by-election in April groomed him as a promising presidential runner.

Two potential conservative candidates outside the party -- Rep. Hong Joon-pyo and Ahn Cheol-soo, chief of the People's Party -- are also widely believed to be interested in winning the PPP's ticket to run for the presidency.