SEOUL, June 21 (Yonhap) -- Local governments outside of the greater Seoul area are on high alert for a possible resurgence of COVID-19, as eased social distancing rules focused on lifting the cap on private gatherings will take effect next month.

In line with the nation's rising vaccination rate, the central government has announced new quarantine guidelines in which the current five-level distancing scheme will be simplified into a four-tier system from July. 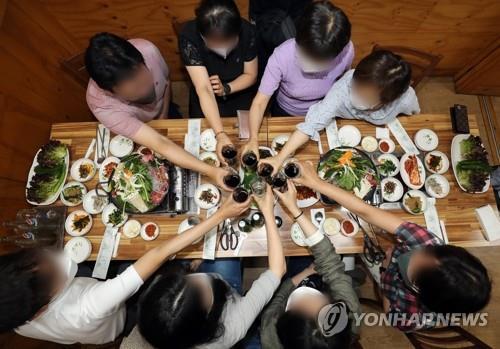 The capital area, which will remain under Level 2 in the revamped rules, will allow private gatherings of up to eight people, up from the current four.

But in non-capital areas, where new Level 1 rules will be applied, there will be no cap on private gatherings. Moreover, operational restrictions, such as curfews, on restaurants and nightlife venues are expected to be lifted under Level 1.

South Korea has maintained the ban on gatherings of five or more people in Seoul and many other parts of the country since between late last year and early this year, as part of strong anti-coronavirus measures.

The central government explained that the revised distancing rules are intended to give local governments more autonomy in quarantine management. But non-capital area governments are worried about the so-called balloon effect, as visitors may flock there to avoid the gathering restrictions in the capital area. 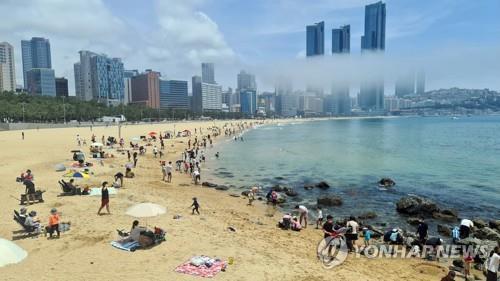 The government of Busan, the southern port city known as one of the nation's hottest summer vacation spots, is struggling to come up with new countermeasures, as it cannot enforce any effective quarantine measures other than crackdown on mask violators.

The municipal government will soon convene a meeting of quarantine experts to discuss countermeasures against the planned lifting of bans on private gathering and obligate all entertainment business employees to take coronavirus tests once every two weeks. It will also push to set limits on the number of visitors to popular beaches and vacation spots to reduce their density.

Authorities on Jeju Island, the nation's most popular holiday destination, have similar concerns and will force beaches to reduce their opening hours to from 10 a.m. to 7 p.m. and close at night.

Moreover, the mask exemption planned for vaccinated people next month won't be applied to visitors to Jeju, the provincial government said. Elsewhere in South Korea, anybody who has received the first dose of a COVID-19 vaccine will be allowed not to wear masks when outdoors, beginning in July.

The government of Gangwon Province, where many popular East Sea beaches are located, is also bracing for a spike in the number of visitors during summer vacation season.

"It is difficult to enforce quarantine rules on east coast beaches before their formal opening," said a provincial official, noting Gyeongpo Beach in Gangneung was crowded with groups of people dining and drinking on the sea front last Saturday.

"As it is expected that more people will visit east coast beaches than last year, an administrative order will be issued to restrict the number of visitors to Gyeongpo Beach and other popular beaches and eating and drinking will be banned at night," the official said.