SEOUL, June 22 (Yonhap) -- South Korea and the United States have agreed to consider terminating their "working group" forum on North Korea policy, the foreign ministry said Tuesday, in what appears to be a conciliatory gesture to Pyongyang that has decried the forum as a hurdle to inter-Korean ties.

Seoul's top nuclear envoy, Noh Kyu-duk, and his U.S. counterpart, Sung Kim, reached the agreement during their talks in Seoul on Monday, as they sought a coordinated strategy to resume nuclear diplomacy with Pyongyang.

"During the talks between the top nuclear envoys, the two sides checked the operation of the existing working group and agreed to consider terminating it," the ministry said in a text message sent to reporters.

The ministry said that the two sides agreed to strengthen their director-general level consultations in addition to dialogue between their chief nuclear negotiators.

Participants may include those at the foreign ministry's Office of Korean Peninsula Peace and Security Affairs, and the U.S. deputy special representative for the North, Choi said during a parliamentary session.

"Comprehensive coordination between the South and the U.S. regarding North Korea policy is very important. Even if the working group is gone, that doesn't mean the suspension of such coordination," Choi said.

"As there has been a sense that the working group is about sanctions, we intend to work in a comprehensive manner by broadening the agenda," he added.

A foreign ministry official said later that Seoul and Washington had shared the understanding that despite positive functions of the working group, there were also "negative effects" from it without elaboration.

Earlier in the day, Rim Kap-soo, director general at the ministry's peninsula peace regime bureau, and Jung Pak, the deputy U.S. special representative for North Korea, met to discuss a path forward in light of the decision on the working group body.

The consideration of an end to the forum loathed by the North comes as Seoul and Washington seek to create fresh momentum for the resumption of dialogue with the North.

The top U.S. nuclear envoy said Monday that the administration of U.S. President Joe Biden has offered to meet with the North "anytime anywhere without preconditions" and looks forward to a positive response from Pyongyang.

The launch of the forum was based on shared understanding that any discord on their approach to the North could hamper engagement with Pyongyang. It has since dealt with the provision of Tamiflu and other forms of aid to the North, and approval of visits to the North by businesspeople to a now-shuttered joint industrial complex.

But the North has lambasted the dialogue platform as an impediment to what could have been speedy inter-Korean exchanges. Last year, Kim Yo-jong, the powerful sister of North Korean leader Kim Jong-un, criticized the forum as the "noose of the pro-U.S. flunkeyism."

Last month, Lee Nak-yon, former party chief, voiced hope for a reassessment of the forum, claiming that its "intervention" has hampered inter-Korean cooperation. Unification Minister Lee In-young has also talked of the need for "readjustments" in the working group's operations. 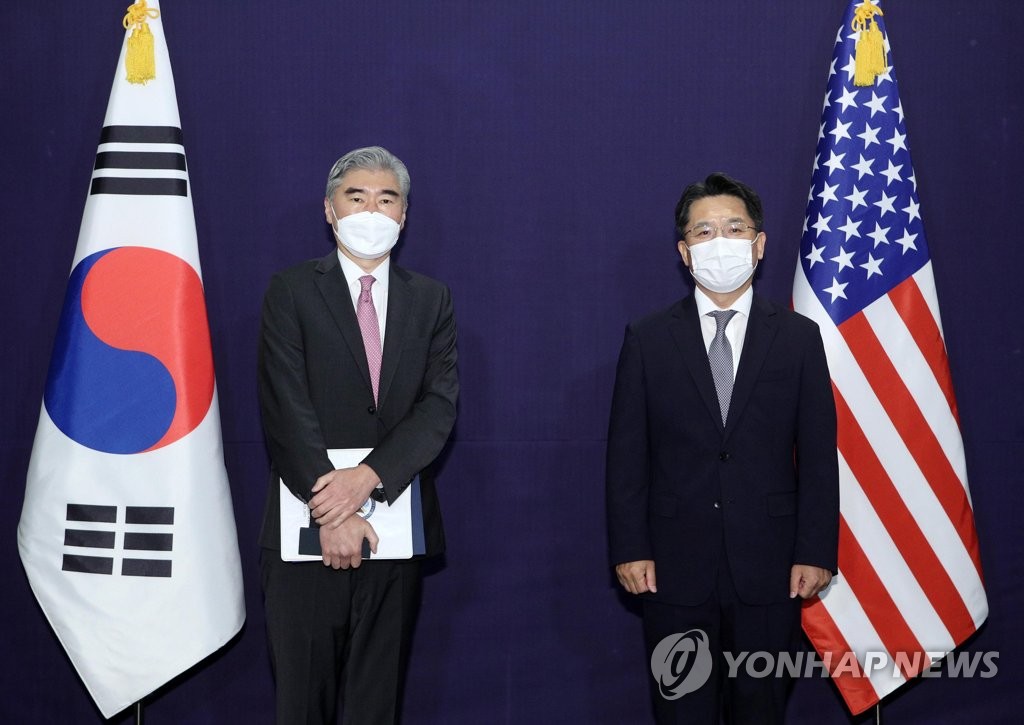