SEOUL, June 22 (Yonhap) -- South Korea said Tuesday it will extend a temporary removal of tariffs on imported eggs by six months until the end of the year in a bid to stabilize their high prices.

The Cabinet approved a revised regulation that will allow local firms to import 36,000 tons of fresh eggs and other egg products without tariffs until Dec. 31.

In January, the government removed import tariffs on 50,000 tons of egg products by the end of June in a bid to ease a supply shortage caused by the outbreak of bird flu here. Previously, duties of 8-30 percent were levied on imported egg products. 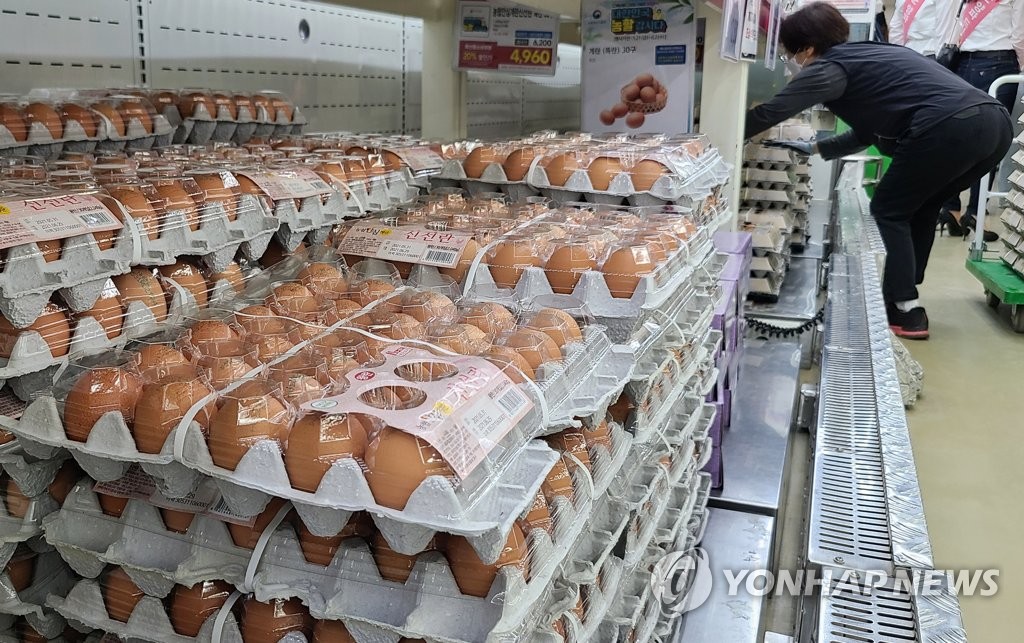 Prices of eggs have jumped since late last year due to the outbreak of avian influenza and high demand from stay-at-home consumers amid the pandemic.

The country has reported no cases of the highly pathogenic bird flu for nearly two months. But a surge in egg prices has not let up as the number of egg-laying hens remains low following the massive culling of poultry due to the bird flu.

The finance ministry said the country plans to import 70 million eggs this month, more than the initially planned imports of 50 million.

South Korea brought in 144 million eggs between January and May to ease the supply shortage.

The country's consumer prices grew 2.6 percent on-year in May, the fastest gain in more than nine years, due largely to high prices of farm and oil products.

The Cabinet also approved the extension of a cut in the consumption tax on passenger cars by another six months in an effort to help boost domestic demand hit by the pandemic.

A 30 percent cut in the consumption tax on the purchase of passenger cars was supposed to expire at the end of June, but the country decided to extend it until the end of this year.

In July 2018, the government slashed the auto consumption tax to 3.5 percent from 5 percent and has continued to extend it in an effort to increase domestic demand.