SEOUL, June 22 (Yonhap) -- The decision time is looming for Kim Hak-bum, as he opened the final training camp for the South Korean men's Olympic football team on Tuesday, eight days before setting his 18-man roster for the Tokyo Summer Games.

Kim has called up 23 players for camp at the National Football Center (NFC) in Paju, north of Seoul. He had 30 players for the previous camp held on Jeju Island, where South Korea beat Ghana in back-to-back friendly matches. Kim cut nine players from that edition of the team and brought in two new faces in forwards Song Min-kyu and Kim Dae-won. 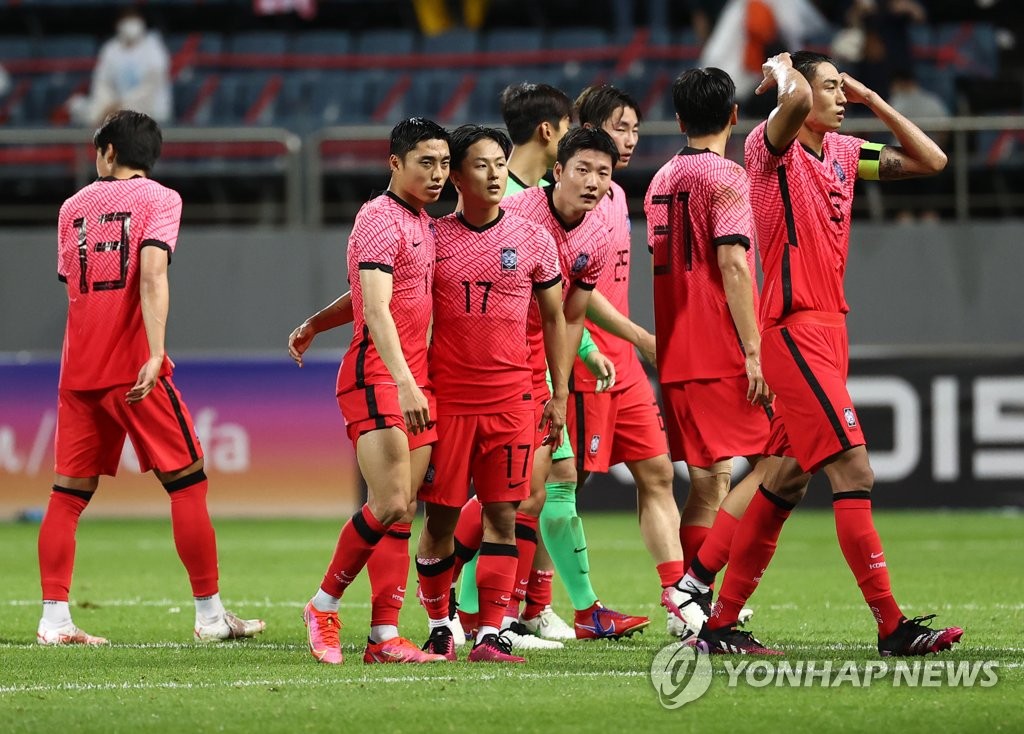 Coach Kim is scheduled to announce his 18-man Olympic roster on June 30.

The Olympic men's football tournament is typically open to players under 23, but the age limit for Tokyo has been raised to 24 -- players born on Jan. 1, 1997 or after -- because the competition was postponed by a year due to the coronavirus pandemic. Also, countries can each name a maximum of three players over that age limit -- colloquially known as "wild cards" in South Korea. This means only 15 spots are available for U-24 players, which only adds to the intensity of internal roster battles across all positions. 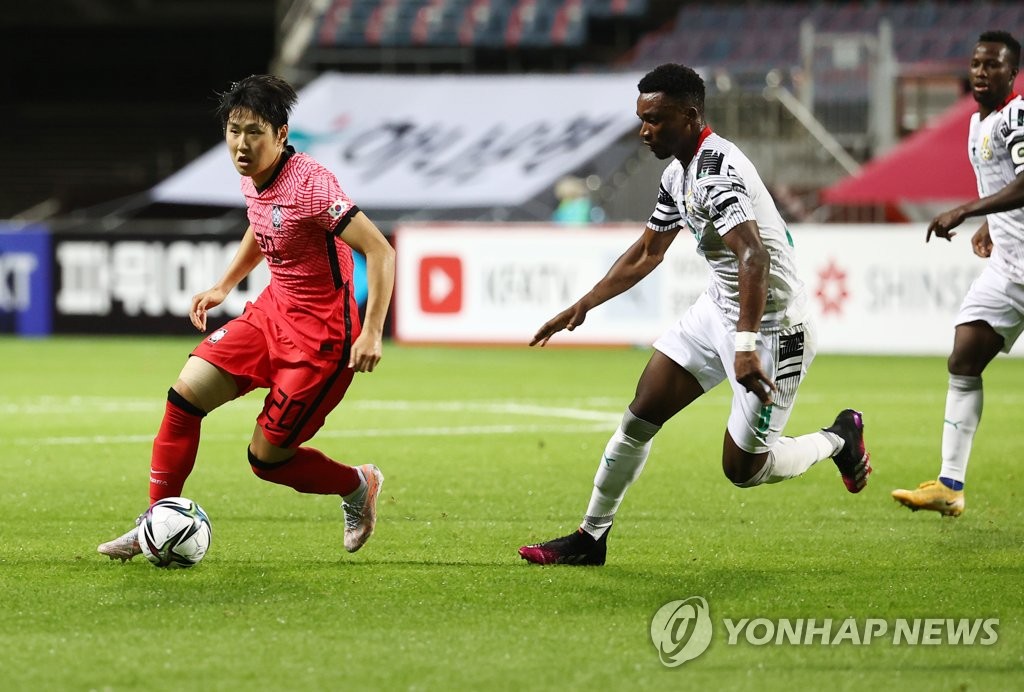 There are three goalkeepers, eight defensive backs, six midfielders and six forwards at the current camp.

In net, Song Bum-keun should be a shoo-in as the starting goalkeeper, a position he has held in this age group for the past couple of years. Two backups, Ahn Joon-soo and An Chan-gi, will be fighting for the one remaining goalkeeper spot in Tokyo.

Coach Kim is said to be leaning toward three outfield players for his wild cards. Centerback Kim Min-jae, midfielder Kwon Chang-hoon and striker Hwang Ui-jo have been in the rumor mill for weeks. 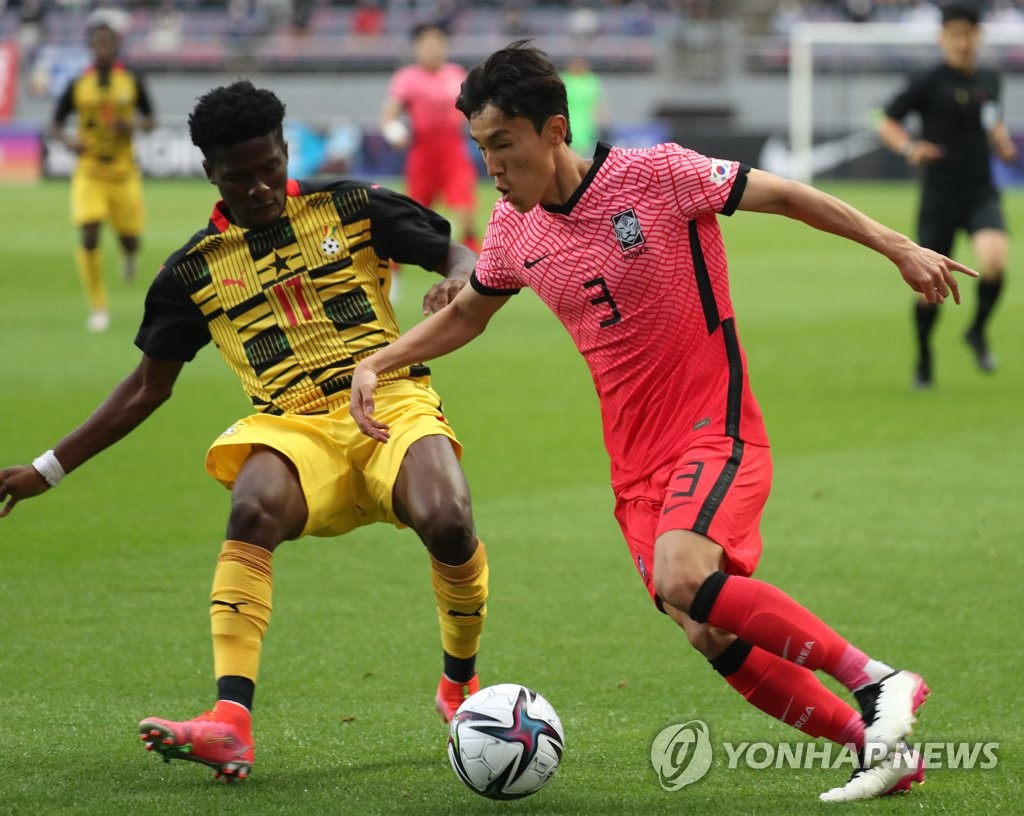 Kim Min-jae, a defensive stalwart for the senior national team, would instantly shore up the backline for the Olympic squad. With his current deal with Beijing Guoan set to expire in December, Kim, who turns 25 in November, has been linked to multiple European clubs, including Juventus and FC Porto recently.

Hwang, 28, is a proven goal scorer who is familiar with coach Kim, having played for him on Seongnam FC in the K League 1 and at the 2018 Asian Games as an overage player on the U-23 team. Hwang led his first-division French club, FC Girondins de Bordeaux, with 12 goals this past season.

Kwon is a 26-year-old attacking midfielder with a nose for the goal and playmaking chops. In May, Kwon completed his final season with SC Freiburg in Germany and rejoined his former South Korean club, Suwon Samsung Bluewings. He is preparing to begin his mandatory military service with the second-tier military club, Gimcheon Sangmu, next season. 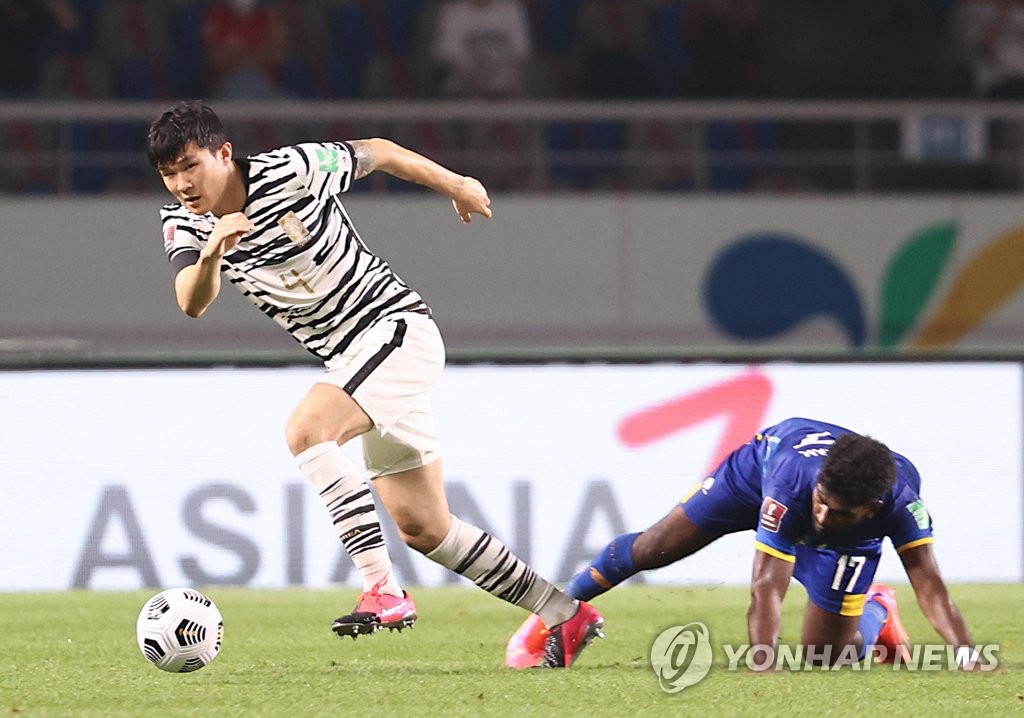 Winning a medal in Tokyo would be a career-altering feat for Kwon, as an Olympic medal of any color means an exemption from the military duty for male athletes.

Kim Min-jae and Hwang both earned their exemptions by winning the gold at the 2018 Asian Games. If Kwon can earn his this summer, he won't have to toil in the second division here and could return to Europe without facing any disruption to his career while still in his athletic prime.

Coach Kim has been tightlipped about candidates for the three overage spots and has also sidestepped questions on individual U-24 players. When pressed to comment on performances of specific players during the previous camp, Kim responded that his job was to keep an eye on the whole team rather than evaluating individual members. 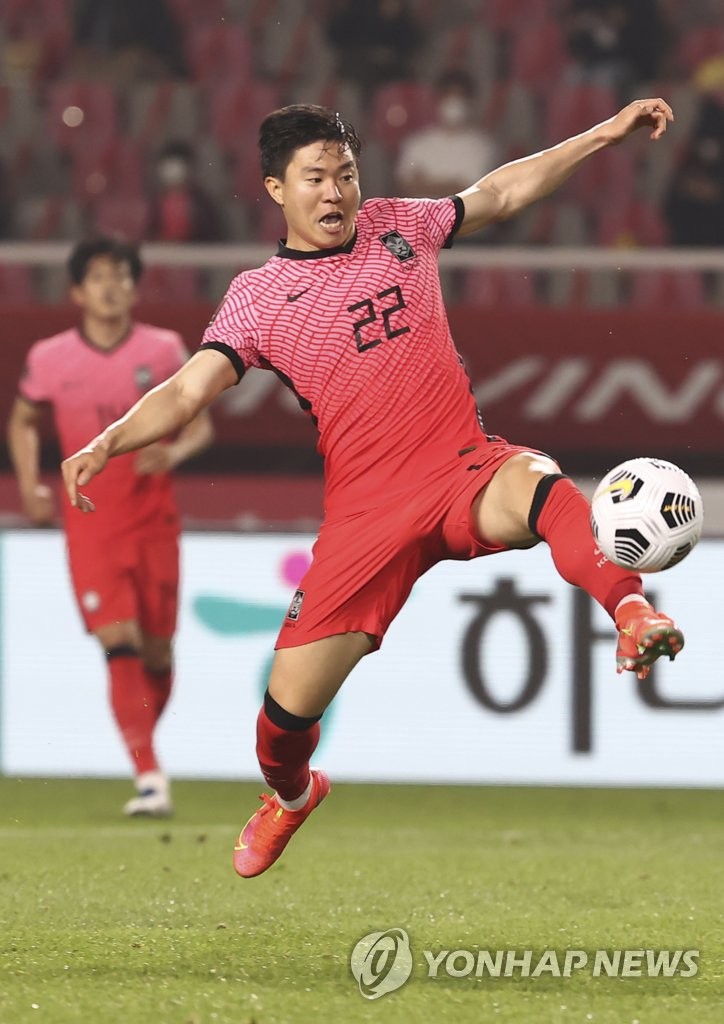 The Korea Football Association said the final Olympic team will play a tuneup match at home sometime in mid-July before departing for Japan on July 17.

The opening ceremony for the Olympics is July 23, but the men's football tournament will kick off on July 22 for scheduling reasons.

South Korea will face New Zealand, Romania and Honduras in Group B. The top two countries from four groups will advance to the quarterfinals.

South Korea's best Olympic performance so far is the bronze medal from the 2012 London Games. 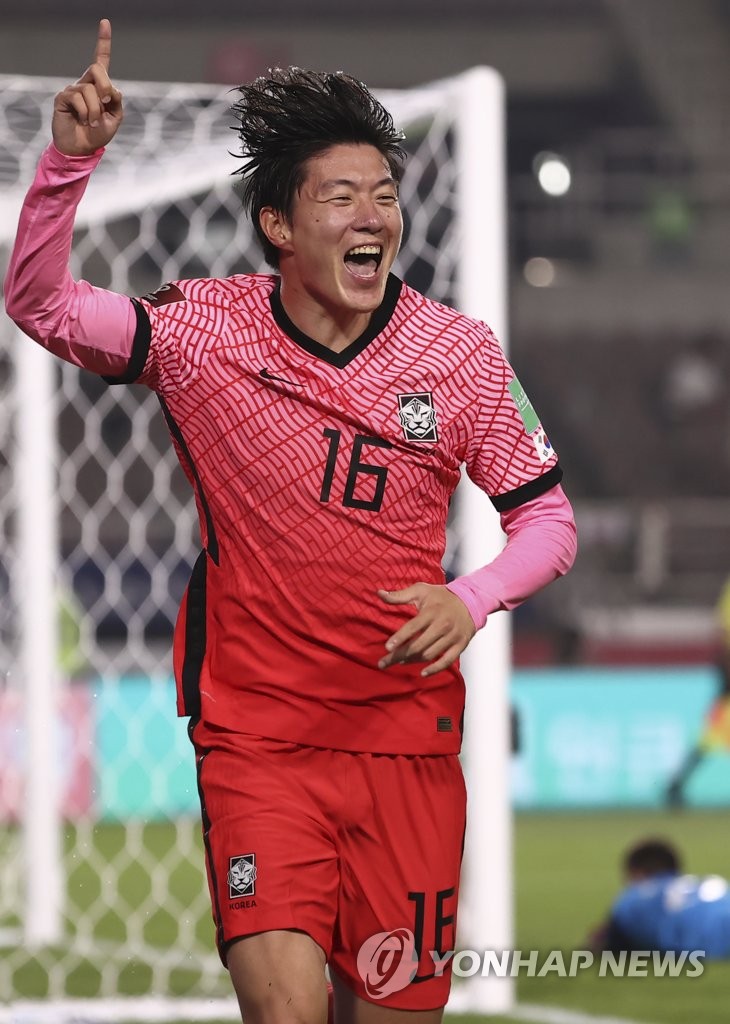