SEOUL, June 22 (Yonhap) -- Ex-Prosecutor General and leading opposition presidential hopeful Yoon Seok-youl on Tuesday slammed a rumored secret document against him as a result of possible illegal surveillance of him by public authorities and the ruling party.

The reaction from Yoon came as a dossier called the "Yoon Seok-youl X-file" is rattling the political circles in the run-up to next year's presidential election in March.

The undisclosed file allegedly contains various allegations surrounding the former top prosecutor and his family members. While many see the content of the file as presenting nothing new, some others say the document may deal a heavy blow to Yoon's presidential bid.

"If (the file) is something produced by the meddling of public institutions and the ruling party, it clearly constitutes illegal surveillance," Yoon said in a press release.

"I have nothing inhibitive to stand before the public. If I had any, I would have been unable to withstand (relevant) attacks over the past eight years," he noted.

Yoon also dismissed the file as an "unauthentic" dossier intended for "political maneuvering," denying any involvement in wrongdoings.

"If (the dossier) is authentic, I urge that its content, basis and sources be openly disclosed ... so that the truth (behind it) can be determined and it can be clearly found who is responsible for the circulation of the document and relevant illegal surveillance."

Yoon also said he, while serving as prosecutor, has never tried to influence legal cases involving his family, apparently referring to a fraud case involving his mother-in-law, who is currently under trial. 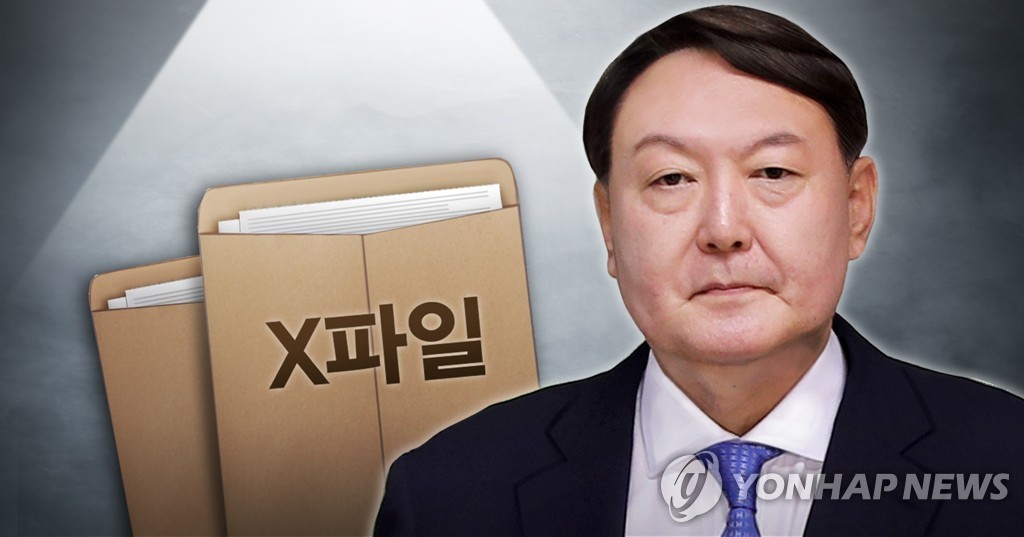