SEOUL, June 22 (Yonhap) -- E-commerce giant Coupang Inc. faces arguably the worst crisis since its initial public offering in March over a recent fire at one of its warehouses that killed a firefighter.

Coupang is under mounting public outcry over the death of the 52-year-old male firefighter, who was found dead last weekend in a fire that tore through the Coupang warehouse in Icheon, 80 kilometers southeast of Seoul.

Public controversy erupted when fire authorities said the sprinklers in the four-story building did not operate for the first eight minutes of fire. The sprinklers may have been manually turned off after a series of false fire alerts, they added. 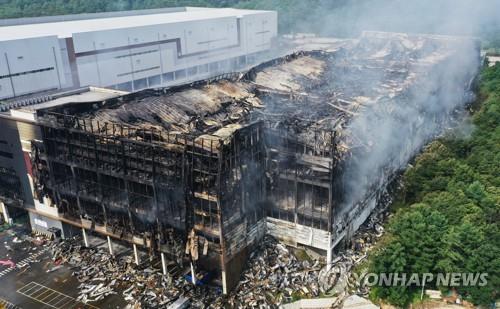 Coupang hurriedly offered condolences to the victim's family and launched a scholarship program under the deceased firefighter's name.

Still, public censure did not go away as consumers posted photos of their deleted Coupang accounts on social media in a boycott campaign to protest the company's lax workplace safety measures and the founder's alleged evasion of responsibility.

Coupang founder Kim Bom-suk quit the post of chairman of the board on May 31, but the timing of the announcement of his resignation on last Thursday coincided with the fire at the warehouse.

Some critics suspect that Kim's resignation may be related to an attempt to save him from possible prosecution over a serious industrial accident.

In January, the National Assembly passed a bill that strengthens the punishment of business owners and CEOs of companies with five or more employees in the event of serious workplace disasters.

Under the new law set to take effect next January, business owners or CEOs could face a minimum one-year prison sentence or up to 1 billion won (US$915,000) in fines in the event of deadly on-duty disasters caused by lax workplace safety measures.

In May, Kim also faced accusations that he used his U.S. citizenship to evade disclosure duties that are required of the chief of a sizable business enterprise.

Last year, Coupang came under fire for a cluster infection of the new coronavirus, sparking speculation that its workers were forced to work without proper quarantine measures. 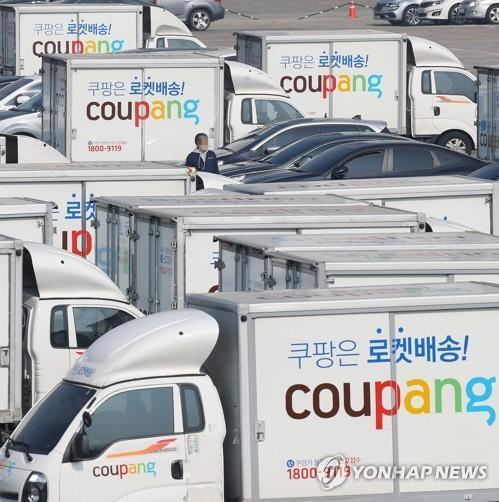