SEOUL, June 23 (Yonhap) -- South Korea on Wednesday handed in its official application to host its first World Expo in the southeastern port city of Busan in 2030, which will cover a wide array of themes ranging from climate change to technology.

Trade Minister Yoo Myung-hee visited Paris to submit the candidature letter to the Bureau International des Expositions (BIE), which oversees the event, according to the Ministry of Trade, Industry and Energy.

The BIE plans to receive applications through October, with the final winner expected to be announced in 2023. So far, Russia's Moscow has also handed in its official bid. 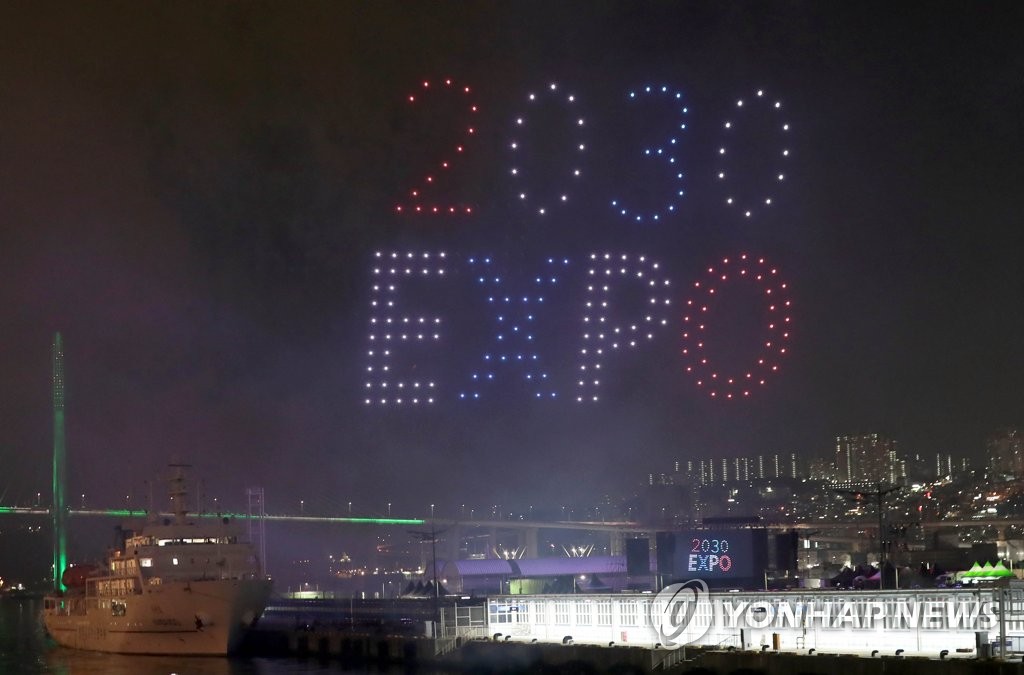 South Korea said it will host the event from May to October 2030 under the slogan, "Transforming our world, Navigating toward a better future."

Around 32 million visitors are expected to visit the venue.

The country plans to promote its advanced display, chip and artificial intelligence technologies through the exposition as well.

"Along with the Busan International Film Festival and the G-Star Global Game Exhibition, the so-called soft power of Busan will help promote Korean culture around the globe," the ministry said in a statement. Both events are held annually in Busan.

Busan Mayor Park Heong-joon, who visited the BIE office along with Trade Minister Yoo, emphasized the importance of the city's charm, the expo's theme, and the role of business firms.

"Currently, Russia (Moscow) and Busan are competing, and we do not yet know which city will further participate in the race, but there is talk that the three factors are important," Park said.

Shanghai and Milan hosted the 2010 and 2015 events, respectively. Dubai, the host for the 2020 exposition, delayed the event to later this year amid the COVID-19 pandemic. 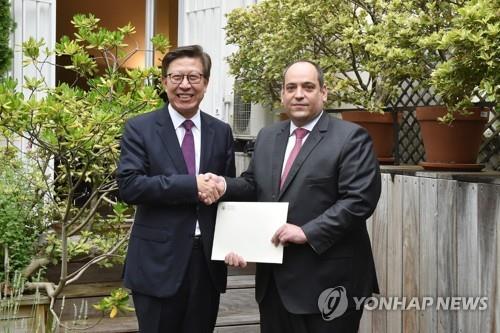