Trade Minister Yoo Myung-hee met her French counterpart Franck Riester in Paris during her visit to France, where the two discussed the latest industrial trends, according to the Ministry of Trade, Industry and Energy.

The two countries also agreed to strengthen cooperation in the fields of fifth-generation (5G) networks, cloud computing, and artificial intelligence to better cope with the changing global business environment. 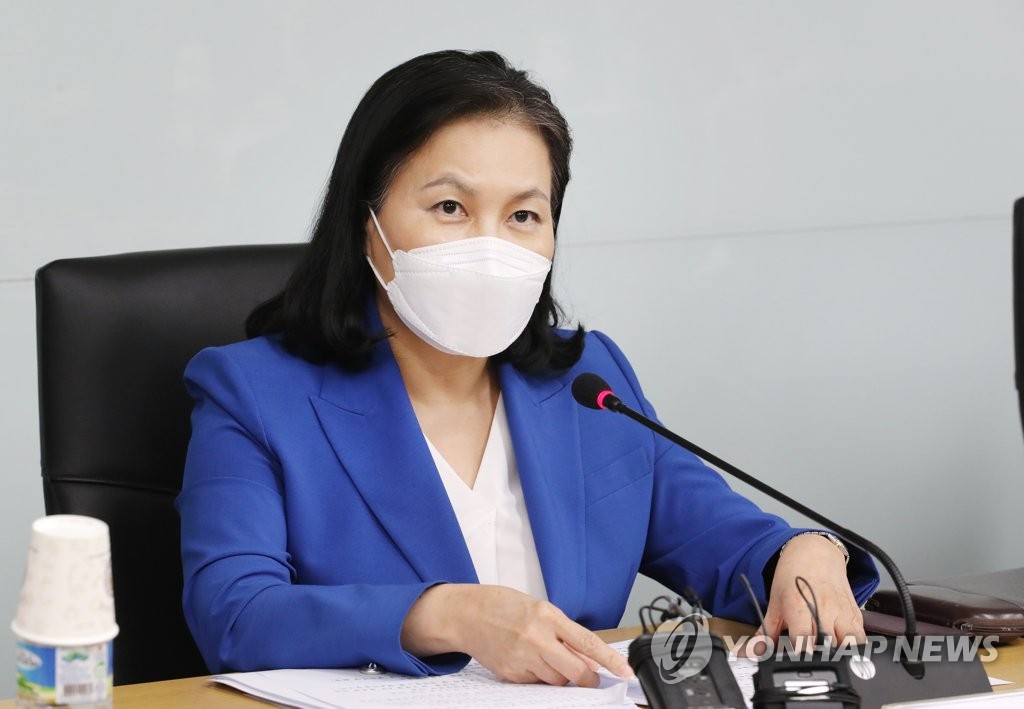 "The two countries reached a consensus that it is important to revitalize the global supply chain," the ministry said in a statement. "Accordingly, Seoul and Paris agreed to roll out joint projects in key areas, including hydrogen energy, chips and materials."

The two countries also vowed to bolster trade ties ahead of the World Trade Organization's 12th ministerial conference slated for November this year.

On the sidelines of her three-day trip to France, Yoo met Secretary-General Mathias Cormann of the Organization for Economic Cooperation and Development (OECD), who took office this month.

The ministry said Yoo and Cormann discussed a wide array of issues, including post-pandemic economic recovery and digital trade.

Yoo submitted South Korea's candidature letter to the Bureau International des Expositions (BIE) to host the World Expo in 2030 during her visit to Paris.