The Citizens' Coalition for Economic Justice announced the results of its study that has tracked the prices of 115,000 units in 75 apartment complexes since President Moon took office four years ago.

The rise in apartment prices was found to be 192 times the rise in net income, which grew by an average of 2.98 million won during the same period.

The civic group said it would take a person or a household with an annual income of 48 million won 25 years to buy a 99-square-meter apartment in Seoul, assuming that all the disposable income is saved. It took 14 years four years ago.

The data released by the Ministry of Land, Infrastructure and Transport showing that the price rose by 17 percent from May 2017 to December 2020 was outright "false," the group said.

"If the government wants to correct housing prices, if belatedly, it should, first of all, overhaul how it collects data on real estate," the group said.

The provision of long-term public rent homes could be one way to help stabilize the market, it added.

Record increases in home prices have sapped people's confidence in the government and the president, causing a crushing defeat of the ruling Democratic Party in the by-elections earlier this year. 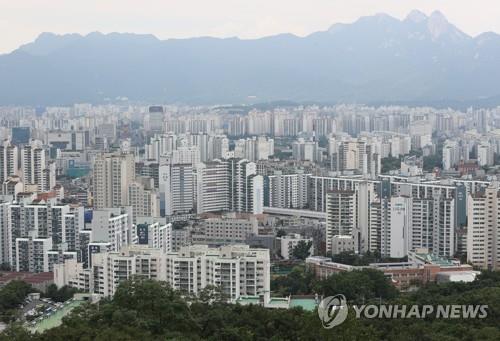