SEOUL, June 23 (Yonhap) -- K-pop girl group Lovelyz has gone into self-quarantine after one of its members tested positive for the new coronavirus, its management agency said Wednesday.

The band's vocalist Seo Ji-soo was told she tested positive Tuesday morning, a day after she voluntarily got tested for the virus upon being notified that she may have come into contact with a patient, according to Woollim Entertainment.

"(Seo) has put her schedule on hold and taken appropriate measures according to health authorities' infection control guidelines," the agency said.

The remaining members of the eight-piece act got tested for the virus on Tuesday afternoon and received negative results Wednesday.

Despite testing negative for COVID-19, the members will have to go through two weeks of self-quarantine, which is mandatory for those who have come into close contact with a patient.

Lee Mi-joo, the group's main dancer, called off her appearance as a special DJ in a local radio program, which was scheduled for the afternoon.

Other members' activities will likely be disrupted as well due to their two-week absence, prompted by the virus situation.

Since debuting in 2014, Lovelyz has released hit songs like "Now, We," "Destiny" and "Ah-Choo," produced by a composing team led by noted singer-songwriter Yoon Sang. 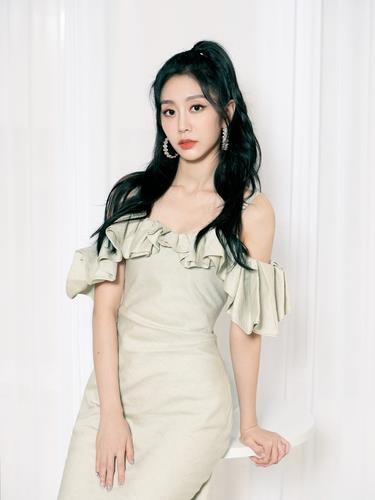