SEOUL, June 23 (Yonhap) -- The new U.S. special representative for North Korea, Sung Kim, wrapped up his five-day trip to Seoul on Wednesday after redoubling Washington's calls for dialogue with a recalcitrant Pyongyang.

Before departing for Jakarta, Kim said that he had "terrific" discussions with top Seoul officials, including President Moon Jae-in. Kim concurrently serves as ambassador to Indonesia.

His first trip here since his appointment last month centered on reiterating the U.S.' offer to meet with the North "anytime anywhere without preconditions" and the importance of trilateral cooperation with South Korea and Japan in resuming nuclear diplomacy with the North.

"I had a great visit, had terrific discussions with a number of government officials, including, of course, President Moon," Kim told reporters before his departure.

"I look forward to staying in touch with the Korean government, and I'm looking forward to coming back to Seoul soon," he added. 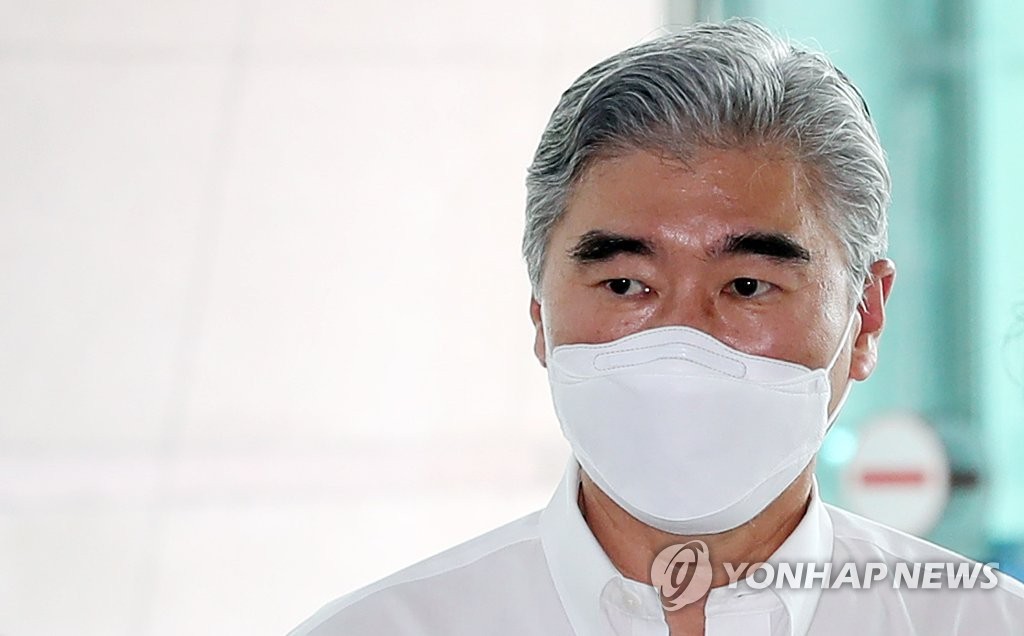 During his stay here, Kim held bilateral and trilateral meetings with his South Korean and Japanese counterparts, Noh Kyu-duk and Takehiro Funakoshi, as well as talks with members of academia and civil society.

During bilateral talks, Noh and Kim agreed on the conclusion of the allies' "working-group" forum that Pyongyang has decried as a hurdle to inter-Korean relations. The move was seen as yet another conciliatory gesture to the North.

His trip came days after North Korean leader Kim Jong-un said his country should be ready for both dialogue and confrontation -- an order viewed as a sign of openness to dialogue and an implicit call for Washington to do more for the North's return to the negotiating table.

Building on the outcomes of Kim's visit, the administration of U.S. President Joe Biden is expected to flesh out what it terms a "calibrated, practical" approach toward the goal of the complete denuclearization of the Korean Peninsula.