SEOUL, June 24 (Yonhap) -- Military prosecutors have launched an investigation into why the Air Force police left out a sexual abuse case suffered by a female noncommissioned officer when reporting her suicide to the defense ministry, officials said Thursday.

The female master sergeant was found dead in May, around three months after being sexually abused by a colleague of the same rank. Her death sparked a public uproar after her family alleged that military authorities attempted to cover up the sexual abuse case rather than trying to protect her.

Ministry officials said the Air Force police reported her death to the defense ministry's Criminal Investigation Command without specifying the fact that she was a victim of the sexual violence case. The command oversees the military police.

"The chief of the police corps and his subordinates offered different accounts on why they omitted the fact in the report. As there are limits in clarifying the matter only through auditing, we've decided to seek a prosecution investigation," an official of the audit office told reporters.

"We've learned that the chief called his subordinates four times over the course of making the report. Whether he intentionally omitted the key part could be revealed through the prosecution probe," the official added. 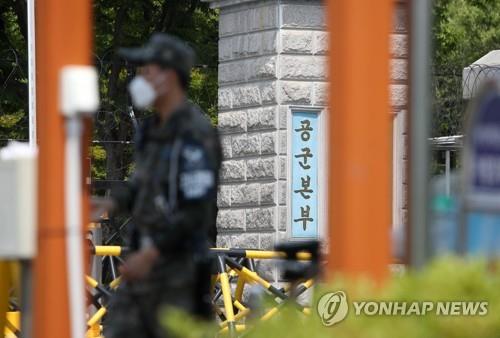 So far, 13 service members have been officially under investigation, including the suspect in the sexual abuse case, surnamed Jang, as well as a military prosecutor and a public defender accused of failing to provide appropriate help to the victim.

But none of the military police were among them.

"We need a further review to press any criminal charges against them, even though some problems were found," an official said.

According to the investigation command, the sexual abuse suspect sent the victim text messages threatening to take his own life unless she forgave him. But Air Force investigators determined that the messages were a gesture of apology.

Air Force police also allegedly decided not to detain the suspect on grounds that he's unlikely to flee or destroy evidence and failed to check video footage from a dashboard camera inside a vehicle where the sexual harassment occurred, though the suspect denied some of the allegations against him.

"We are closely looking into diverse materials we've secured. We will also listen to opinions of the investigation review committee," another command official said. 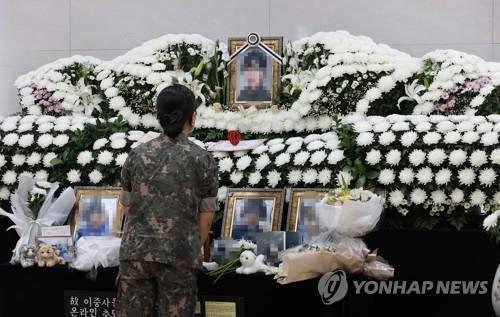