SEOUL, June 24 (Yonhap) -- South Korea's top economic policymaker said Thursday the government plans to provide support to smaller firms, including assignments of foreign workers, as it seeks to make a soft landing for such companies implementing the 52-hour workweek.

Starting July 1, the country will expand the shortened workweek scheme to companies with five to 49 workers without a grace period.

Since July 2018, the country has enforced the 52-hour workweek system in a phase-in manner. The shorter workweek was devised to cap the average working hours at 52 on a weekly basis in Asia's fourth-largest economy, well known for long working hours.

Finance Minister Hong Nam-ki said the government will focus on making a smooth transition to the workweek scheme for smaller firms as soon as possible.

"The government plans to first dispatch foreign workers to firms that have difficulties in hiring, such as companies located in provinces," Hong said at a government meeting on the economy.

The country also plans to provide up to 1.2 million won (US$1,050) per month for up to two years to smaller firms that maintain employment after hiring new employees.

Meanwhile, Hong said the government will unveil a set of measures to nurture the country's shipping industry next week.

The country is working on strategies to rebuild the country's shipping industry as the sector is recovering from industrywide slumps. 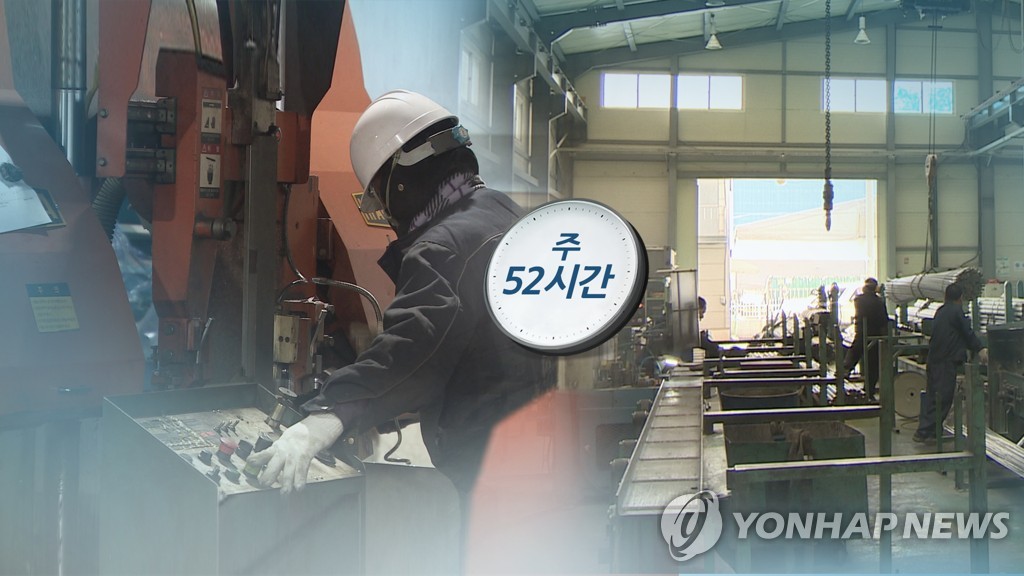