SEOUL, June 24 (Yonhap) -- A key administrative process to relocate the U.S. embassy building in Seoul was approved by city officials Thursday, opening the door for the beginning of the construction project that will close the embassy's half-century-old presence in the heart of the South Korean capital.

The current embassy building is located in the Gwanghwamun area, a major business district in central Seoul.

The site for the new 12-story building, north of Yongsan Park, used to be part of the Yongsan Garrison operated by U.S. Forces Korea. The site is owned by the U.S. government under a former deal between the two countries.

South Korea and the United States agreed in principle in 2005 to move the current U.S. embassy building, which has been in use since 1968, to Yongsan. The city government and the embassy have been in talks over the site's district units plan of the project, including construction of the building, new roads and other facilities, since 2011.

Actual construction at the site is expected to begin in around two years after follow-up administrative procedures, including the approval of the building construction. 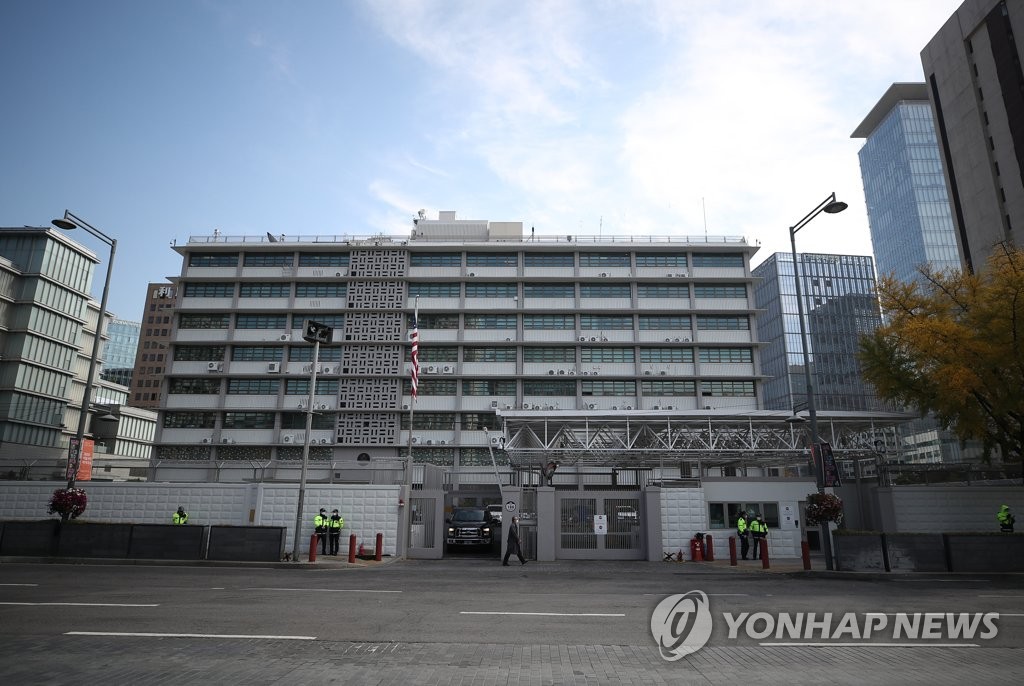