SEOUL, June 24 (Yonhap) -- Five-term lawmaker Hong Joon-pyo was admitted back to the main opposition People Power Party (PPP) on Thursday via a unanimous decision by the party's leadership.

The PPP's supreme council made the decision to return the party membership to Hong, a former floor leader of the biggest conservative party who ran for the presidency in 2017 on its ticket.

Hong defected from the main opposition party, then named the United Future Party, in March last year in protest against its decision to disqualify him from running for the 2020 parliamentary election on the party's ticket.

Hong left the party and won a parliamentary seat representing a constituency in Daegu as an independent.

Welcoming the party decision, Hong said in a press conference he will devote himself to helping the conservative party reclaim the presidency, hinting at his interest in running in the upcoming presidential election in March.

"Upholding justice, freedom, ordinary people and communication as my banners, I will serve as a seed for a change of power," Hong noted. 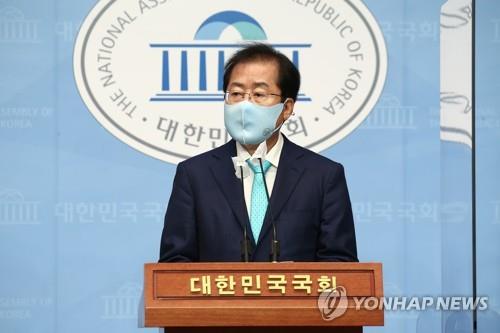