SEOUL, June 24 (Yonhap) -- A series of allegedly shady medical practices has renewed a debate on whether it should be mandatory for hospitals to install surveillance cameras in operating rooms.

The idea has gained strong traction among patients' groups that view the cameras as a safeguard against dishonest and sometimes lethal medical practices, but faces constant opposition from doctors who fear a violation of their human rights. 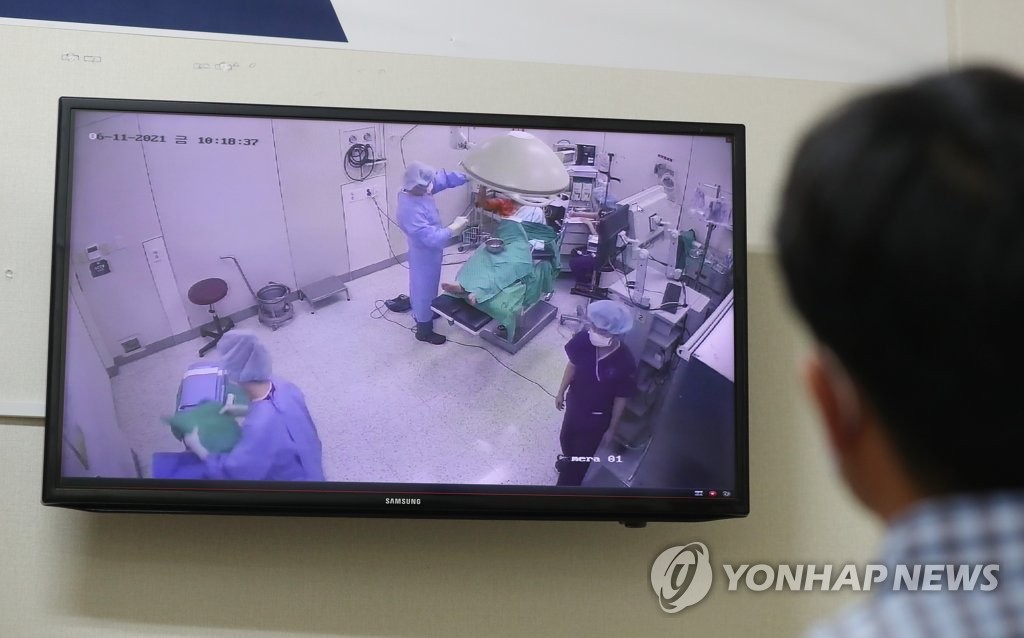 On Wednesday, the legislative subcommittee of the National Assembly's Health and Welfare Committee held a meeting to discuss amending the Medical Service Act to include a mandate on installing closed-circuit (CC) TVs in hospital operating rooms.

The ruling and opposition parties agreed in principle that the cameras should be mounted inside the operating rooms, not outside -- a key point of contention -- but disagreed over details, such as conditions for filming and viewing the videos and the question of who will pay.

"My cautious expectation is that we will reach an agreement at the next meeting," a committee official said on condition of anonymity, suggesting the next session could be held next week.

Lawmakers have proposed similar amendment bills since 2015, but all of them have been scrapped amid strong lobbying from doctors' associations.

In addition to potential human rights violations, doctors cite the cameras' damaging effects on their concentration and motivation, which they argue could result in poorer medical services. 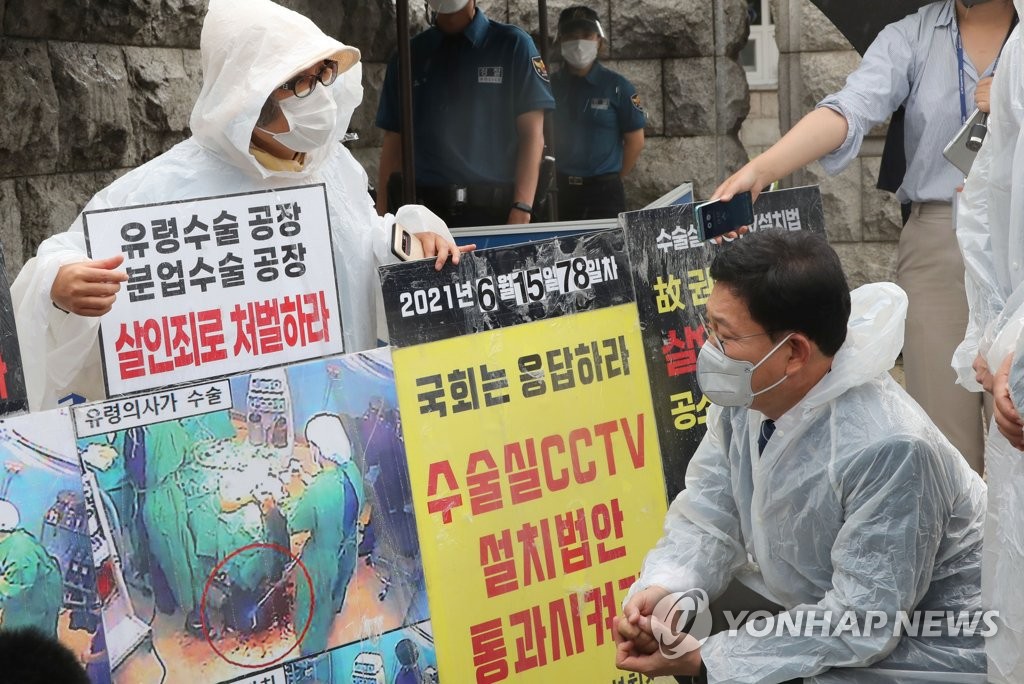 Despite the resistance, the ruling Democratic Party (DP) has sided with the patients' groups this year due in part to a series of alarming allegations against local clinics.

In May, a spine hospital in Incheon, west of Seoul, made news for allegedly making administrative staff perform surgical duties on a patient in February, such as opening and closing wounds.

Earlier this month, police raided a spine hospital in Gwangju, 329 kilometers south of Seoul, after receiving a tipoff that nurses' aides routinely performed surgeries there in 2018.

Meanwhile, it was recently reported that a hospital intern was indicted last month on charges of sexually assaulting a patient under anesthesia in an operating room in 2019.

"It's time for the National Assembly to come to a decision on the CCTV installation bill," DP floor leader Rep. Yun Ho-jung said Tuesday during a meeting with victims of medical malpractice and their families. 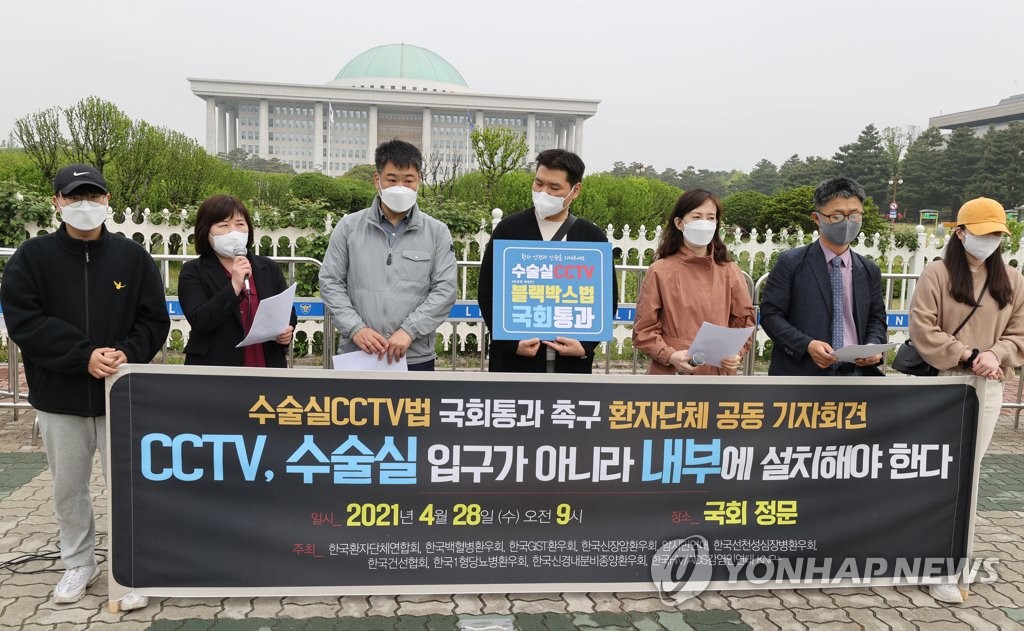 "We've made up our minds and are persuading the Korean Medical Association and the Ministry of Health and Welfare to install the CCTVs," he said.

According to a public opinion survey conducted by Realmeter on Friday, 78.9 percent of respondents were in favor of installing cameras in hospital operating rooms, while 17.4 percent were against it and 3.6 percent were undecided.

Lee Na-geum, who lost her 25-year-old son in an infamous botched plastic surgery case in 2016, has been a vocal advocate for mandating CCTVs.

The doctors who performed the surgery have been standing trial on charges of violating the Medical Service Act and professional negligence resulting in death.

"Operating rooms are closed spaces where both the spear and the shield are in the hands of the doctors," she told a parliamentary meeting last month.