JEJU, South Korea, June 25 (Yonhap) -- The telecom advertisement shows an emergency vehicle rushing a pregnant woman to a hospital, and thanks to a smart transport system, all the traffic lights are green. Such a system is not a dream of the future; it currently exists on the southern resort island of Jeju.

This video advertisement provided by KT Corp., the country's second-biggest wireless services provider, shows how the C-ITS program operates in case of an emergency on the roads. (PHOTO NOT FOR SALE) (Yonhap)

"C-ITS serves as essential part of a smart city and in particular, autonomous driving requires a well-established communication system between roads and vehicles and between vehicles," Jeju Governor Won Hee-ryong said in a recent interview.

Intelligent transport systems (ITS) are being built in many global cities while C-ITS pilot projects are underway overseas, in places such as the United States, Europe, and Japan, according to the traffic information center of Jeju Municipal Police Bureau.

ITS is a system in which fixed roadside equipment collects transport information and delivers it to vehicles through a traffic center, while in C-ITS, the center and vehicles ahead collect real-time transport information, such as traffic conditions, sudden stop, and fallen objects, that they deliver to vehicles behind to prevent unexpected situations, the center chief Kang Su-cheon said.

Jeju city installed on board units (OBUs) on 3,000 rental cars and 133 road side units (RSUs) in fixed positions on the roads and used them for communication and data exchange with vehicles. The center provides real-time information to the driver through RSUs, Kang said.

"The central control room can monitor the devices and thousands of cars driven by tourists. The vehicles send and receive information through the central system and between each other so drivers can be told in real time of dangers or obstacles on the road ahead or the pedestrians on the next crossing," he said. 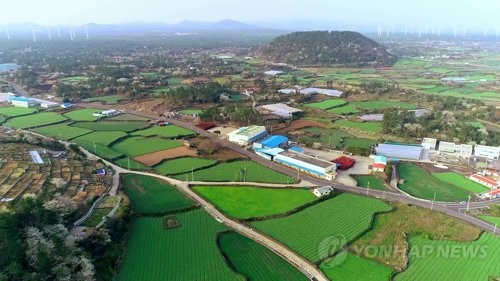 Sixty-five percent of tourists to Jeju use rental cars to move around the scenic island and traffic accidents have been on the rise.

The number of car accidents involving C-ITS equipped rental cars fell by 19 percent, compared with vehicles without C-ITS terminal in the year through October 2019, the center said.

In Korea, C-ITS test programs are still under way in the capital city of Seoul, the southeastern port city of Ulsan and Gwangju, 330 kilometers south of Seoul. A C-ITS demonstration project was completed in Daejeon, 164 km south of Seoul, according to the Ministry of Land, Infrastructure and Transport.

The government plans to begin constructing C-ITS infrastructure for passenger vehicles, not rental cars, in Daejeon in the third quarter based on accumulated data of local C-ITS test projects, an official at the transport ministry said.

No further details about the Daejeon project were given.

Establishing the C-ITS infrastructure is essential to operate autonomous vehicles in the long term, the official said.

Jeju was designated as a pilot zone for autonomous vehicles in December last year.

The city plans to test cooperative autonomous driving by providing signal information to vehicles through the traffic information center as early as August.

"Rideflux, a Jeju-based autonomous vehicle specialized company, will carry out the AV test project from the Jeju International Airport to the Jungmun Tourism Complex (in southern part of the island)," the ministry official said. The C-ITS project is also in line with Jeju's ambitious plan to become a carbon-free island by 2030.

The plan is aimed at reducing greenhouse gas emissions and achieving energy self-reliance by using the island's own renewable energy sources, such as wind power and solar power.

The governor first proclaimed a Carbon Free Island 2030 at the 21st Conference of the Parties (COP21) in Paris, also known as the Paris Climate Conference, in 2015.

On top of the C-ITS project, Jeju has made various efforts to achieve the goal.

Jeju has led other cities by rolling out 25,000 electric vehicles as well as 4,400 chargers which account for the most in the country.

The data does not include chargers set up by U.S. EV maker Tesla Motors Inc. and operated by individuals.

Jeju was also the first city to have adopted the smart grid system which controls various power sources at one stop for distribution to homes, offices, plants, and electric cars.

"Jeju aims to power the island entirely by renewable energy by 2030 and plans to stop receiving registrations of vehicles with internal combustion engines after 2030," the Jeju native governor said. 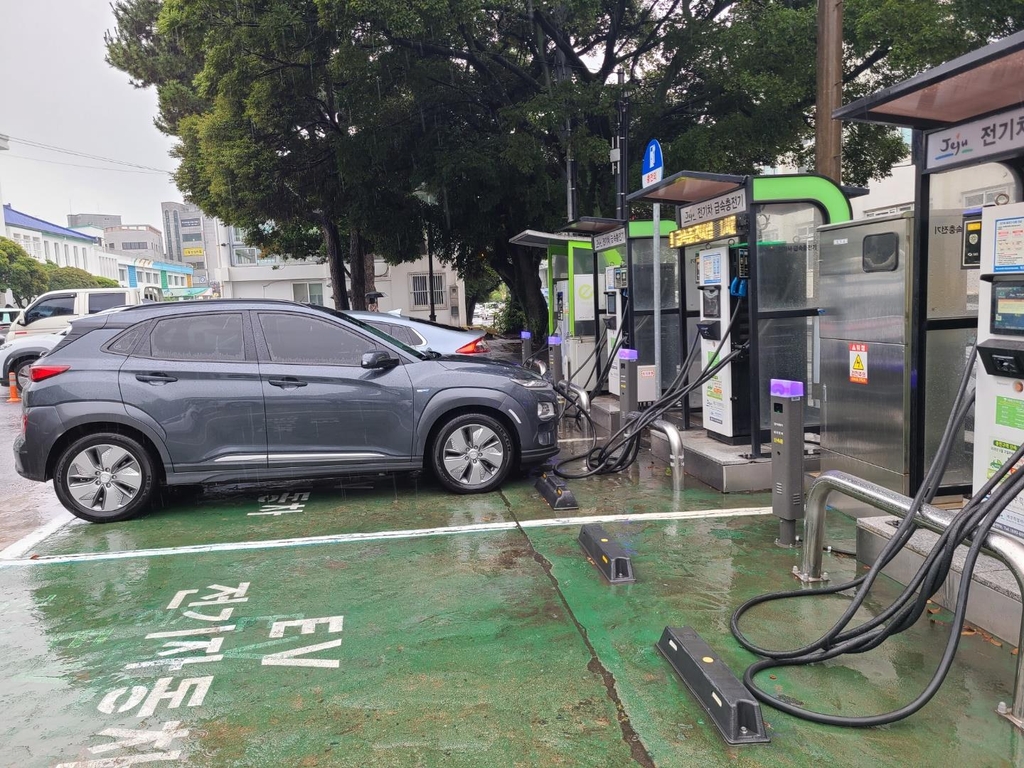