SEOUL, June 24 (Yonhap) -- The ruling party has backtracked on its initial plan to provide COVID-19 relief handouts to all nationals and is instead mulling a targeted support program paired with cash-back rewards for credit card usage, party officials said Thursday.

The Democratic Party (DP) and the government are currently in talks to draw up a new round of supplementary budget to fight COVID-19, which will be the second of its kind so far this year. The DP is eyeing to dole out stimulus checks under the extra budget as early as ahead of the summer vacation season.

The DP insisted on providing relief handouts to all nationals, while the government has called for offering support to those in the bottom 70 percent of the national income bracket.

"The government agrees with the idea of providing support to the public but is opposed to a direct universal handout scheme," a DP official familiar with the negotiations said.

Amid a deadlock in talks, the party has apparently shifted its stance to partially accept the government's position and is reviewing a plan to provide handouts to the bottom 80 percent of earners, according to sources.

Similar to the first virus relief handouts last year, a four-person household could receive 1 million won (US$880) under the plan.

For the top income earners, the DP is considering providing cash-back rewards for credit card usage, according to party officials. The government is reportedly in line with the cash-back program for high income earners.

Rep. You Dong-soo, vice chairman of the DP's policy committee, said he expects the budget negotiations to be essentially settled within the week.

The talks, however, could last longer due to voices within the DP calling for handouts without discrimination based on income levels. A group of 27 DP lawmakers, including Reps. Jung Chung-rai and Jin Sung-joon, recently held a press conference insisting that the new round of virus handouts should be provided without discrimination.

The party is also calling for the inclusion in the new supplementary budget, estimated to reach somewhere between 33 trillion won (US$29 billion) and 35 trillion won, of special earmarks aimed at reducing the gap in students' education levels caused by the pandemic. 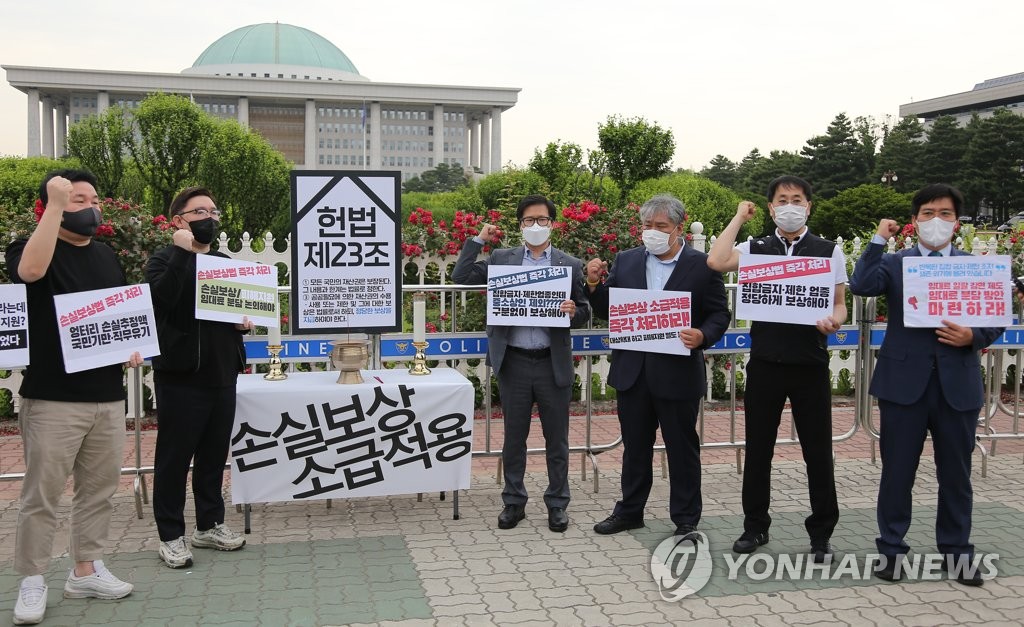