SEOUL, June 24 (Yonhap) -- Organizers of an exhibition showcasing a statue symbolizing Japan's sexual enslavement of women from Korea and elsewhere in Asia said Thursday they have decided to postpone the event after failing to secure a venue.

The exhibition, scheduled to run from June 25-July 4 in the Japanese capital, was on the verge of being canceled after right-wing protestors threatened to disrupt the event and forced the exhibition committee to change the venue.

But organizers said they have secured a new spot for the event and will push ahead with the exhibition as planned. They did not elaborate on the location, citing security concerns, and said details will be announced prior to the event. 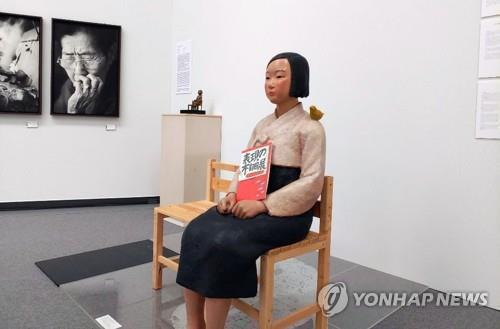 On Thursday, a day ahead of the exhibition, organizers held a news conference announcing the change in plan. Officials at the alternative venue pulled out at the last moment, prompting organizers to postpone the event for the time being, they said.

The committee said it plans to consider taking legal measures against the right-wing activists who have threatened to disrupt the event. Online events scheduled for Friday and Saturday at 7:30 p.m. will proceed as planned. 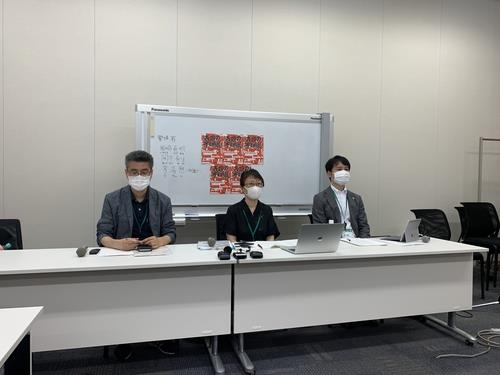