SEOUL, June 25 (Yonhap) -- South Korea marked the 71st anniversary of the outbreak of the 1950-53 Korean War with a ceremony held for the first time in the southern city of Busan that served as a temporary capital during the conflict.

Prime Minister Kim Boo-kyum, Defense Minister Suh Wook and around 240 people, including veterans and bereaved family members, attended the ceremony held at the Busan Cinema Center, which was the site of an airfield used by United Nations forces during the war.

"The choice of the event venue reflects our hope and resolution to make the country fly higher," a veterans affairs ministry official said.

During the ceremony, the government presented one surviving veteran and three bereaved families with the Order of Military Merit in recognition of their role during the war. 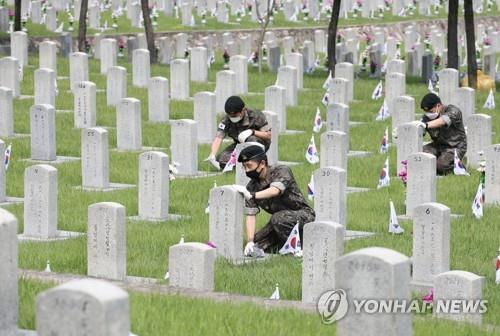 In a speech, Kim said the war, which remains technically ongoing, must be concluded and that the government will "never give up" its pursuit of peace and prosperity on the Korean Peninsula.

The prime minister also pledged to firmly sustain peace based on the "solid foundation of the South Korea-U.S. alliance and Seoul's elevated status" within the global community.

Around 140,000 South Korean troops were killed in action and about 450,000 others were injured during the war. Around 1.95 million people from 22 countries, including the United States, Britain, Canada and Turkey, also took part in the war. Of them, 37,902 were killed and 103,460 wounded, according to government data.

The two Koreas are still technically at war, as the war ended in a cease-fire, not a peace treaty. 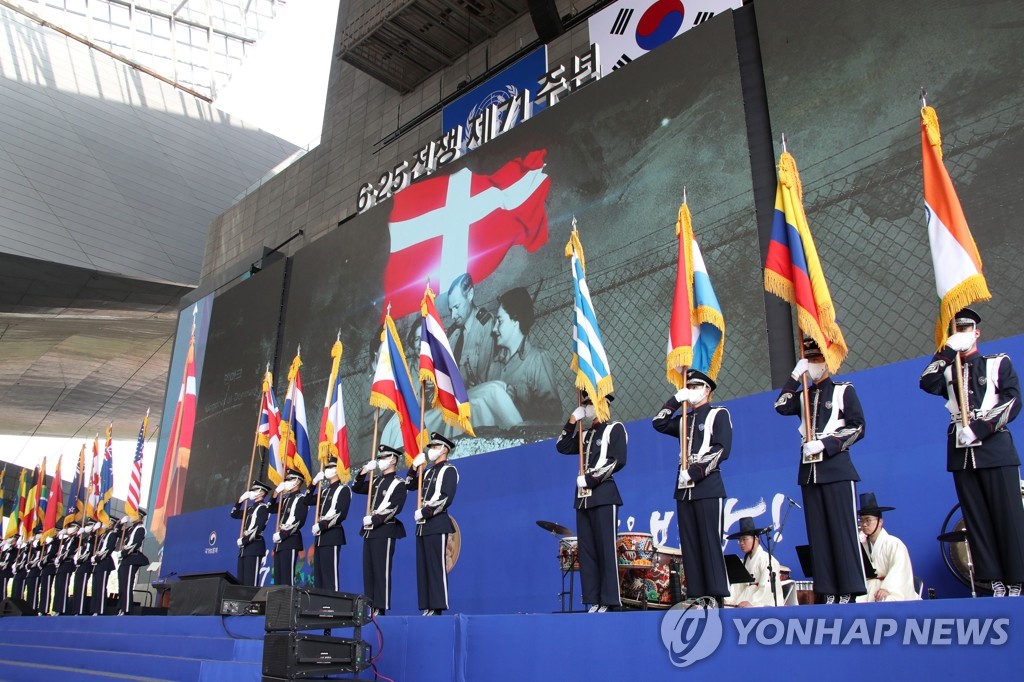