SEOUL, June 25 (Yonhap) -- Could the Han River Park, a popular destination for a get-together over "chimaek," or fried chicken and beer, become an alcohol-free zone?

The Seoul city government started to gather public opinions online Thursday on prohibiting alcohol consumption in public places, ahead of the enforcement of a revised public health act next Wednesday.

Under the revision, local governments can regulate or prohibit the consumption of alcohol in public, such as parks, subways, bus stops or educational and medical facilities, to prevent disorderly conduct and enhance public health. Offenders can be punished by a fine of up to 100,000 won (US$88). 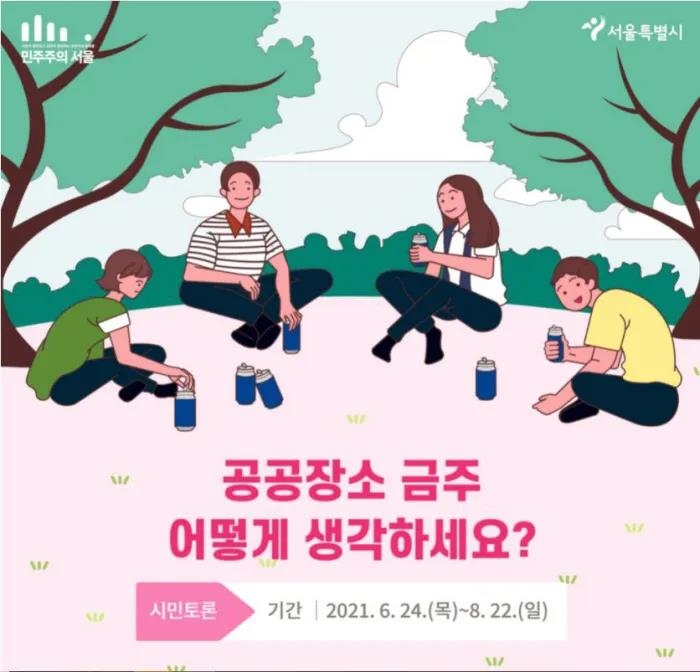 The decision to hear public opinions about the issue came after the city's plan to ban alcohol consumption at riverside parks briefly sparked backlash last month. Seoul Mayor Oh Se-hoon was quick to clarify that the plan was still at an early stage of discussion, and the city would fully listen to the public's thoughts before making a decision.

The city has expressed concern that an increasing number of people flock to parks to drink, as bars and restaurants close earlier than before to prevent the coronavirus from spreading. The death of a university student in April who got drunk and disappeared for five days before he was found dead in the river also weighed on the decision.

Even before Son's case, drunken rowdiness in public has long been a problem in the country with little regulation on drinking in public. Alcoholic beverages are easy to come by. Shops in most parks sell them almost 24-7.

Many countries have already put in place laws to control the consumption of alcohol in public, such as open container laws in the United States and Canada. Singapore restricts drinking in public places from 10:30 p.m. to 7 a.m.

While some local governments have designated public parks as no-alcohol areas, they cannot enforce penalties on offenders because there are no applicable laws. 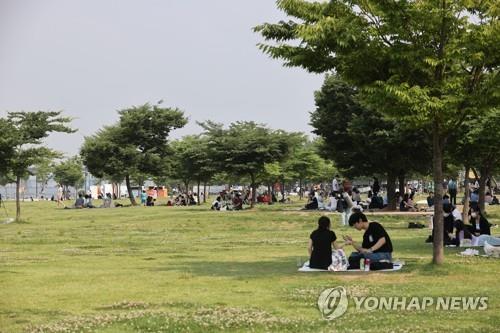 The capital city has also banned excessive drinking and offensive and unruly behavior in 22 parks, including Mount Nam Park and World Cup Park, since April 2018, punishable by up to a fine of 100,000 won. But drinking alcohol in itself is still permitted.

The city said drinking alcohol on public property often leads to excessive noise and trash and bodily waste that can disturb the peace of others. In a 2018 study by the Ministry of Health and Welfare, more than 74 percent of the respondents experienced discomfort from people drinking in public.

The online forum (https://democracy.seoul.go.kr/) has triggered heated debate on the issue.

"It is not possible to control everything under the law," one wrote on the forum. "Banning alcohol consumption in a place just because someone died after drinking there is like blocking traffic where an accident killed a driver."

"I don't think drinking alcohol in parks poses a danger to others to a point where it should be banned. Individual liberty should not be repressed easily" wrote another. 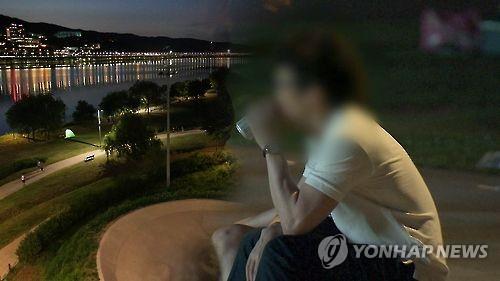 Equally, there are people who support the ban.

"The country's generous culture toward drinking alcohol causes tragedy. It is common sense to ban drinking and smoking on public property," one comment read.

"I used to like having picnics by the Han River and at other parks, but recently I feel some people have crossed the line," another said.

"Drinking alcohol is a personal choice, but doing so in public should be banned since it often has bad effects on others," another comment read. "Trash, noise and violence after drinking increase the social cost."

The city will run the forum until Aug. 22.