SEOUL, June 26 (Yonhap) -- With South Korea's presidential election less than nine months away, the race promises to be a tight battle between the ruling and opposition blocs.

The curtain is about to rise first on the primaries of the ruling Democratic Party (DP). It is getting off to a rough start, as demonstrated by in-house disputes over when to choose its flag bearer.

A boisterous attempt, albeit foiled at last, by dozens of lawmakers apparently against the front-runner Gyeonggi Gov. Lee Jae-myung to postpone the event portends a fierce contest, and probably more serious wrangles, before a winner is decided in early September, the aftermath of which could be damaging.

The DP's primaries are shaping up virtually as a competition between the governor and some other mainstream contenders close to President Moon Jae-in, who is prohibited from seeking reelection under the Constitution.

Lee is the party's only figure to constantly score double digits in favorability surveys, far ahead of two former prime ministers -- Lee Nak-yon and Chung Sye-kyun -- and several other aspirants, including former Justice Minister Choo Mi-ae. 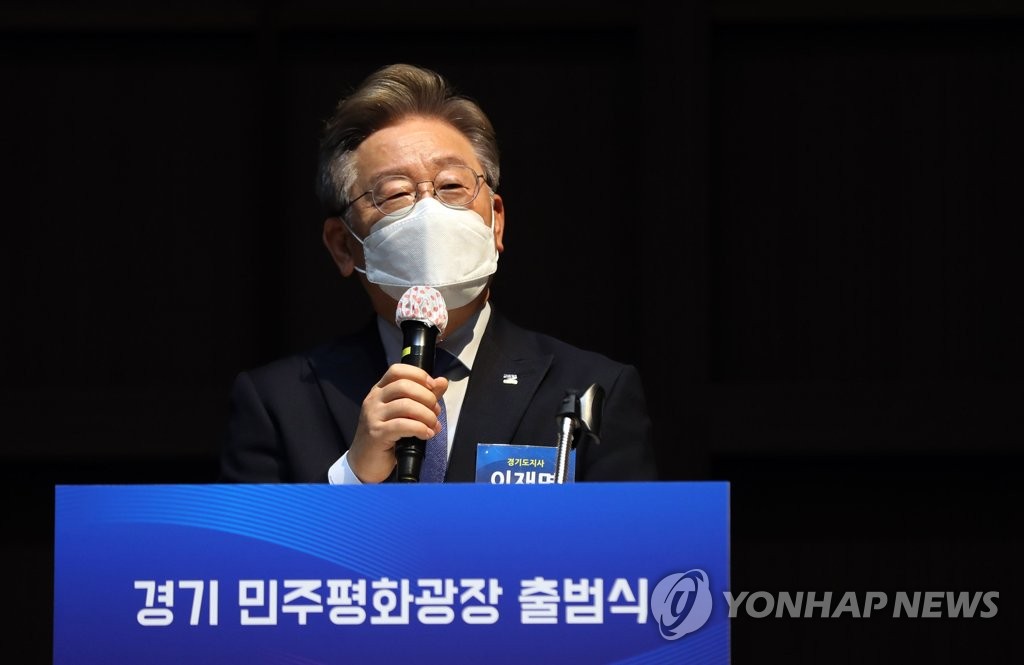 It is unclear whether Lee will become the DP's nominee, given a host of uncertainties typical of the country's dynamic politics.

Even if he does, he is likely to face a daunting task of drumming up unified support from the members and supporters of the party.

He does not belong to the DP's inner circle. He has no career background linked with the National Assembly.

It is an open secret that a number of DP members, largely diehard supporters of Moon, still have antipathy toward Lee, a former lawyer and mayor of Seongnam, just south of Seoul. The emotional rift dates back to the 2017 primaries, during which Lee, then an underdog, ferociously challenged Moon.

Some local media have raised speculation about a potential anti-Lee coalition, led by the two former prime ministers, throughout the primary season expected to kick off next week with the registration of runners.

Apparently, Lee is tempted to overtly differentiate his policy goals from those of Moon. Such an approach is a proven way for a ruling party candidate to win a presidential election here with an image of change and forward-looking leadership.

Public fatigue and displeasure are widespread over Moon's policies, especially property-related ones.

The governor's dilemma is that he needs backing from the pro-Moon forces to secure the party's ticket and win the spring election. There is no clear indication that Moon has become a lame duck, with his approval rating staying at around 40 percent. It is relatively high for a South Korean president in his or her final year in office.

DP officials also have traumatic experiences of losing the presidential elections in 2007 and 2012 in the midst of sharp internal conflicts and divisions.

"At that time, our party remained divided internally," a DP official privy to relevant situations said, requesting anonymity. "Such rifts between rival camps are usual in the process of presidential primaries. But we failed to patch it up smoothly."

He expected things to be different this time, as DP members have taken lessons from the harsh consequences of divisions and election defeats.

If Lee is chosen as the party's candidate, pro-Moon forces will eventually embrace him in a strategic move for the presidential race, of whose outcome will heavily affect the results of the June 1, 2022, local elections, he added.

Meeting with DP lawmakers, Moon emphasized the importance of a "one-team" mindset.

A few years ago, then DP leader Lee Hae-chan repeatedly stated an ambitious vision for his liberal party to maintain power at least for two decades. At that time, the conservative People Power Party (PPP) seemed hopeless when it came to the next presidential election.

The tables have since turned. The PPP's election preparations are getting off to a relatively good start.

Multiple polls show a surge in voter support for the PPP, with an increased number of people hoping for a transition of power from the DP.

The PPP has been rebuilt as a party of unified political forces critical of the Moon administration. It gained confidence from its overwhelming victory in the April 7 Seoul and Busan mayoral elections.

The key is whether and how to unite the opposition camp and field a single candidate. 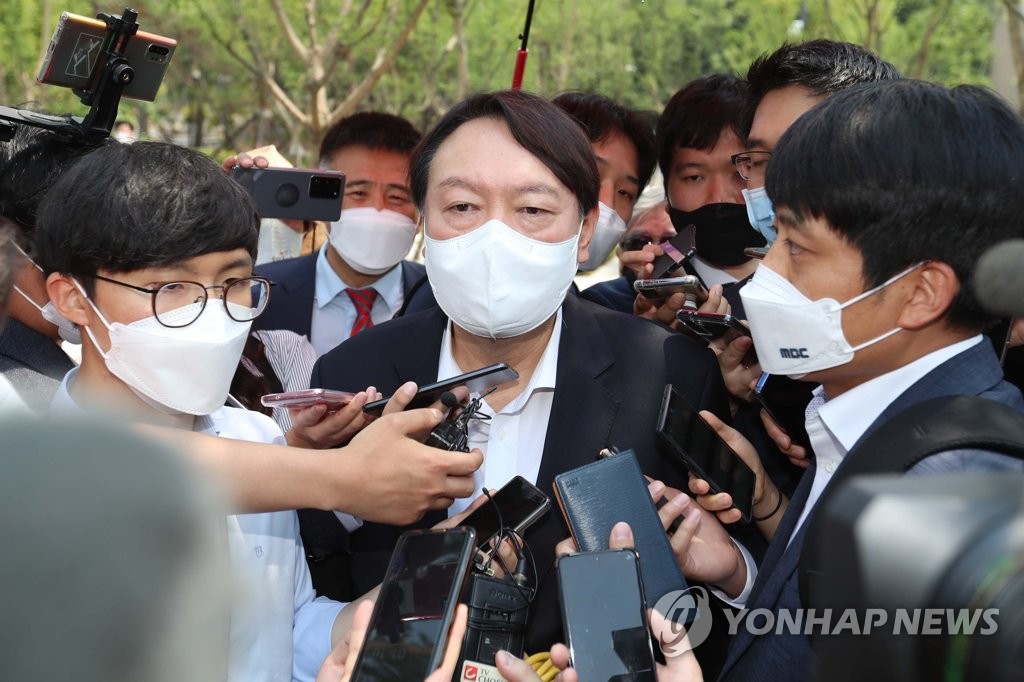 Former top prosecutor Yoon Seok-youl looks poised to declare his political ambitions Tuesday, taking the lead in various opinion polls on presidential hopefuls. It seems to be only a matter of time before the rookie politician joins hands with the PPP, although not immediately.

The party is seeking a merger with the minor opposition People's Party headed by Ahn Cheol-soo. The PPP has allowed the return of Rep. Hong Joon-pyo, a well-known heavyweight, 15 months after his departure to run in the general elections as an independent candidate.

Choi Jae-hyung, head of the Board of Audit and Inspection, also appears to be flexing his muscles to run in the presidential election as an opposition candidate.

Earlier this month, the PPP elected Lee Jun-seok, a 36-year-old politician with no experience as a lawmaker, as its leader, a move regarded as reflecting its aspirations for a presidential election triumph.

"It demonstrates the strong desire of the party's members and supporters for two things: one is winning the presidential election and the other is a generational shift," Park Sung-min, a veteran political consultant, said.

The PPP made a strategic choice to reach out to voters in their 20s and 30s, and publicize its resolve for change, according to Park, head of the MIN Consulting firm.

Many observers place their bets on the high chance of a de facto two-way contest for Cheong Wa Dae between the former prosecutor general and the Gyeonggi governor.

They say the question is whether the opposition campaign will unite and Lee gets to bask in the full support of his party colleagues.

(News Focus) Tight presidential race ahead, cohesion expected to be key for each rival bloc

(News Focus) Tight presidential race ahead, cohesion expected to be key for each rival bloc