In the poll of 1,002 voters nationwide conducted by Gallup Korea from Tuesday-Thursday, Moon gained positive reactions from 40 percent of the respondents, up 2 percentage points from the previous week.

It is the first time the public support rating for Moon has reached the 40 percent mark in Gallup polls since the first week of March, when the corresponding figure was also 40 percent.

The latest figure also marks a solid leap from the record low of 29 percent recorded in the last week of April.

Among those who gave a positive assessment in the latest poll, 27 percent said they did so in appreciation of the government's COVID-19 response, while another 27 percent cited the president's diplomatic achievements as the reason. Moon returned home last Friday from a highly publicized weeklong visit to Europe, which included his attendance at the Group of Seven summit in Britain. 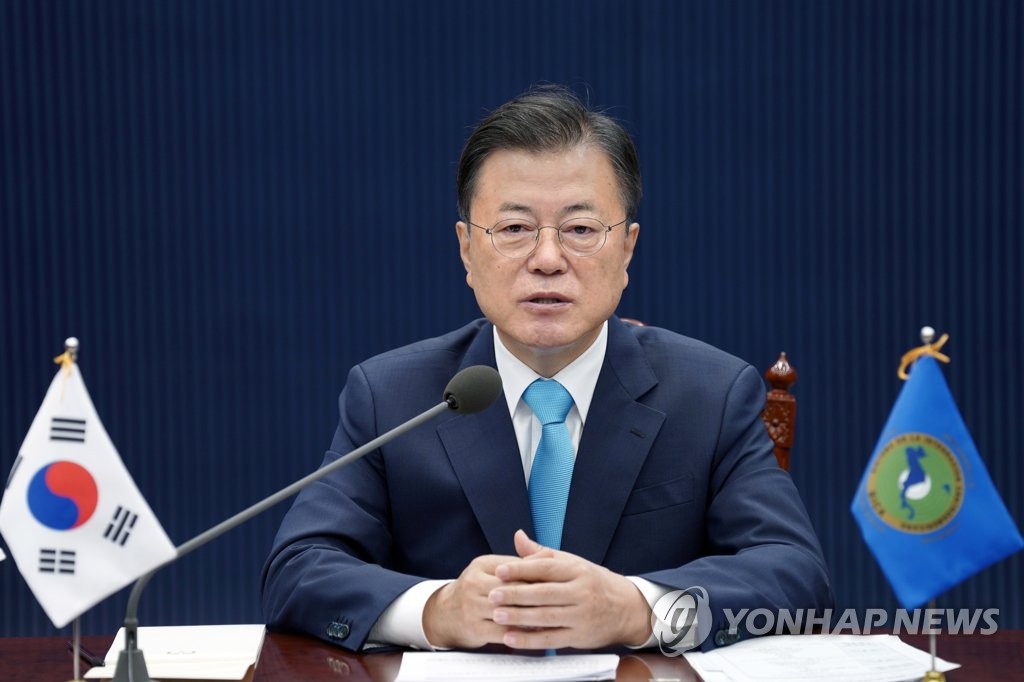 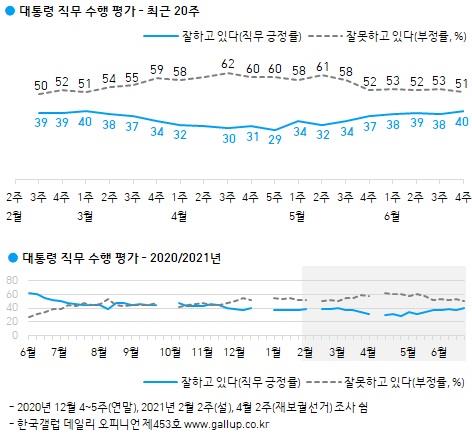 The disapproval rating of Moon, meanwhile, dropped by 2 percentage points to 51 percent. The government's unpopular real estate policies and failure to prop up the economy and the people's livelihoods were cited as the top two reasons among the respondents who gave a negative assessment of the Moon administration.

The remaining 9 percent declined to give an assessment of Moon.