The ministry moved around 662 personnel, or more than 90 percent of mid-level prosecutors in the biggest-ever reshuffle.

Prosecutors leading some high-profile investigations, including the one into the alleged illegal exit ban on former Vice Justice Minister Kim Hak-ui and the suspicions surrounding former Prosecutor General Yoon Seok-youl's family, were replaced. Yoon's wife is under investigation for stock manipulation, among others.

Also changed was a key investigator who looked into the allegations that the government manipulated the profitability projections of the now-decommissioned Wolsong-1 nuclear reactor to close it earlier than scheduled in line with the energy policy of the Moon Jae-in government. 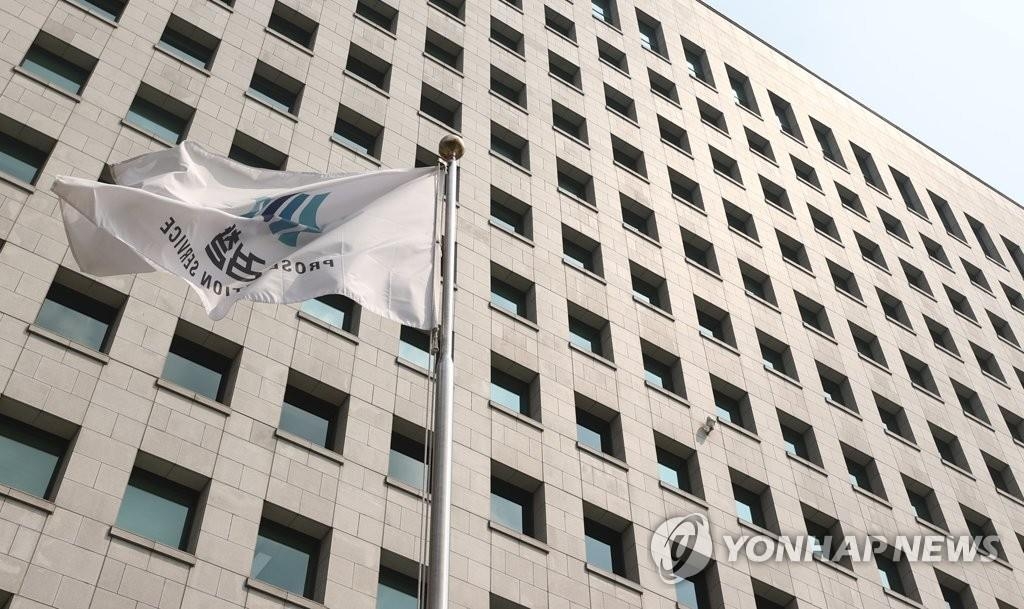 Three female prosecutors were appointed as the spokeswomen for the ministry, the Supreme Prosecutors Office and the Seoul District Prosecutors office.

Seo Ji-hyun, a female prosecutor who triggered the MeToo movement in the country with her confession in 2018 that she was sexually harassed by her boss, was appointed to lead the ministry's task force team handling digital sex crimes.

Justice Minister Park Beom-kye had warned of a large-scale reorganization of the prosecution as part of his reform measures.

The ministry last week made an advance notice of the revised rules on the operation and structure of the prosecution service, which included the establishment of human rights protection teams in eight district prosecutor offices nationwide and a new corruption investigation team at the Busan District Prosecutors Office.

It rolled back a controversial plan to have district prosecutors seek the justice minister's approval to launch an investigation.