JEJU/SEOUL, June 25 (Yonhap) -- Ending the bilateral "working group" forum on North Korea policy between South Korea and the United States cannot be an incentive for Pyongyang to return to the negotiating table, a former adviser to President Moon Jae-in said Friday.

Earlier this week, South Korea announced it agreed with the U.S. to consider ending the consultative forum. The move was seen as a conciliatory gesture designed to prod North Korea back to the negotiating table because Pyongyang has denounced the working group forum as hindering inter-Korean exchanges.

But Moon Chung-in, a former special security affairs adviser for Moon, said he does not think so.

"I don't think the abolition of the South Korea-U.S. working group itself will be an incentive for North Korea," he told reporters on the margins of the Jeju Forum for Peace and Prosperity held on Jeju Island when asked to comment on it.

"The absence of the working group doesn't mean that South Korea and the U.S. will not cooperate," said Moon, who currently serves as chairman of the Sejong Institute think tank.

The scholar also called for the resumption of inter-Korean talks, calling for a closed-door meeting between President Moon and the North's leader Kim Jong-un if necessary.

"What's the most important are the talks between the South and the North," Moon said. "For that, we need to have a leaders' summit. We can have one unofficially and announce it afterwards," he said.

President Moon and Kim held their second summit at the border village of Panmunjom on May 26, 2018. Moon's office revealed the next day that the summit had taken place. 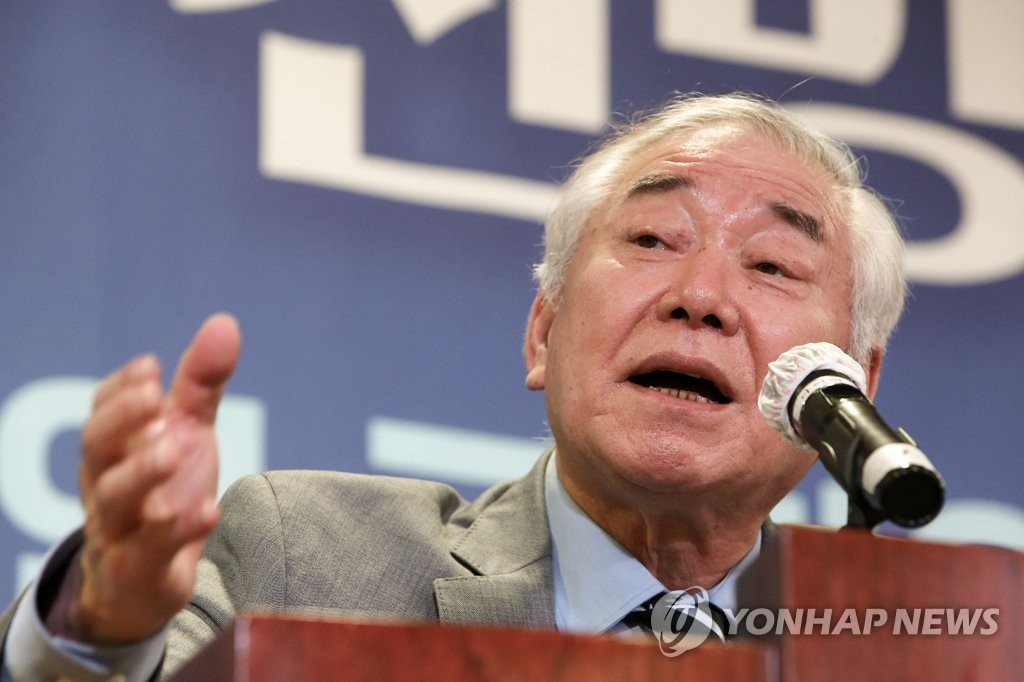