According to the ministry, the IOC sent a reply to its June 10 letter on Tuesday, saying it had inquired with the Tokyo Olympics organizing committee regarding the appearance of Dokdo on a map of the Olympic torch relay route and was told that it was a "purely topographical expression" with "no political motivation whatsoever." 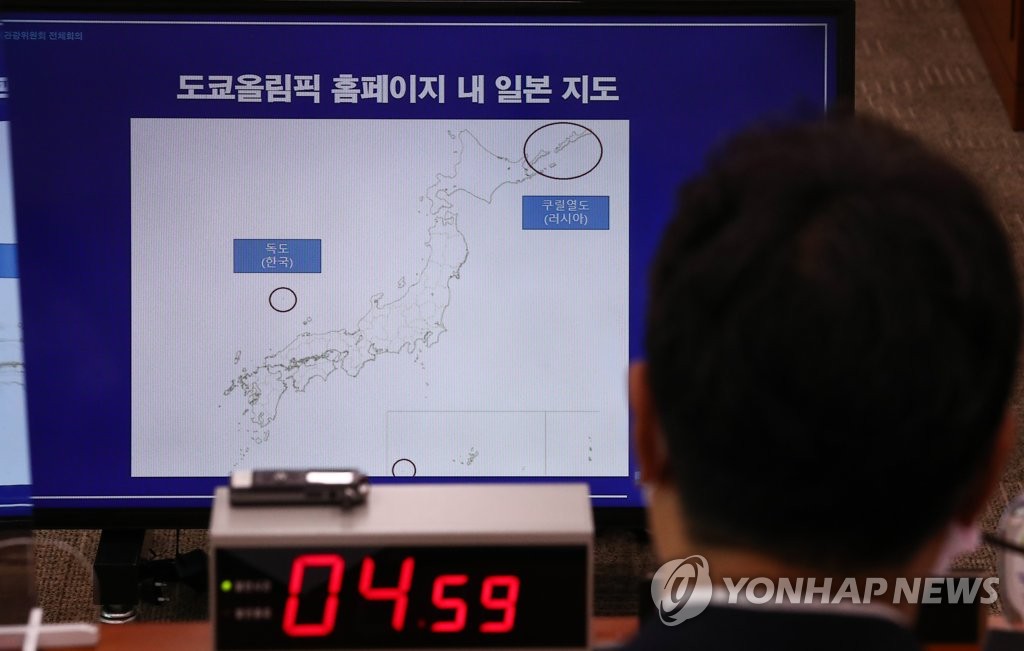 "We express deep regret over the IOC's response and plan to send another letter on our position," the ministry said.

"Even though the Tokyo Olympics should be an Olympics of peace and harmony as it is being held at a time when the entire world is suffering from COVID-19, (Japan) is rejecting (our) requests to delete Dokdo (from the map)," it said, adding it is "very disappointed by Japan's attitude."

The ministry will look at other ways to deliver its protest, including sending South Korean IOC members to the committee headquarters in Switzerland and meeting with Japanese IOC members.

The map is the latest trigger in a long-running row between South Korea and Japan over Dokdo. Tokyo, which colonized the Korean Peninsula from 1910-45, has continued to lay claim to the islets.