Lee made the remarks during an event to mark the end of the ministry-organized "Unification Walk" campaign where dozens of participants walked together for 13 days along the border in the hope of the reunification of the two Koreas. It was the first of 10 rounds of such walks planned this year, and Lee earlier joined the walk for a few days.

"It has been about two years since the dialogue between the South and the North, and the North and the U.S. came to a halt, along with the walk toward peace," Lee told the participants during the event held in Paju, north of Seoul.

"The government will move more quickly to restore communications channels and resume dialogue at an early date," he added. "I hope that North Korea will also respond with more flexible wisdom."

Nuclear talks between the U.S. and the North and inter-Korean relations have remained stalled since the Hanoi summit between then U.S. President Donald Trump and North Korean leader Kim Jong-un in 2019 ended without a deal.

North Korea also cut off all communication channels with South Korea last summer in protest of anti-Pyongyang leaflets sent from defectors in the South. 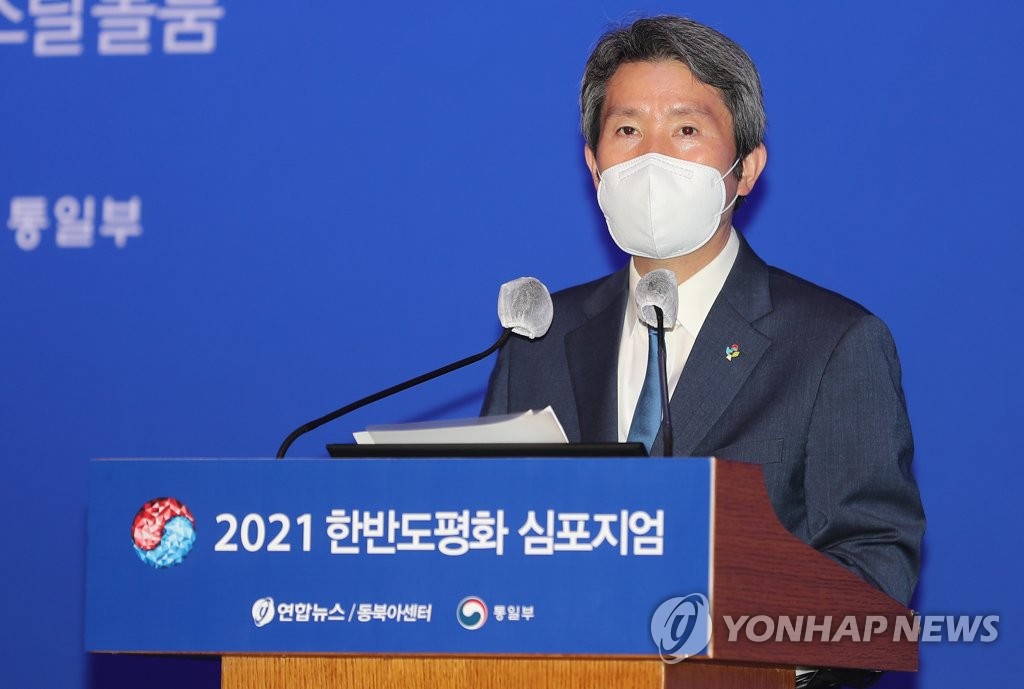 Minister vows to act 'more quickly' for resumption of dialogue with N. Korea

Minister vows to act 'more quickly' for resumption of dialogue with N. Korea