The government forecast Asia's fourth-largest economy to expand 4.2 percent this year, up from its December estimate of 3.2 percent. The Korean economy is projected to grow 3 percent next year.

If realized, it would mark the fastest growth since 2010 when the Korean economy expanded 6.8 percent.

The ministry's forecast is higher than the Bank of Korea's projection of 4 percent and the 3.6 percent growth estimate by the International Monetary Fund.

The Korean economy contracted 0.9 percent last year amid the COVID-19 pandemic, the first yearly retreat since the 1997-98 Asian financial crisis.

The upward revision was widely expected as Asia's fourth-largest economy has been on a recovery track, supported by solid exports of chips and autos, and reviving domestic demand. 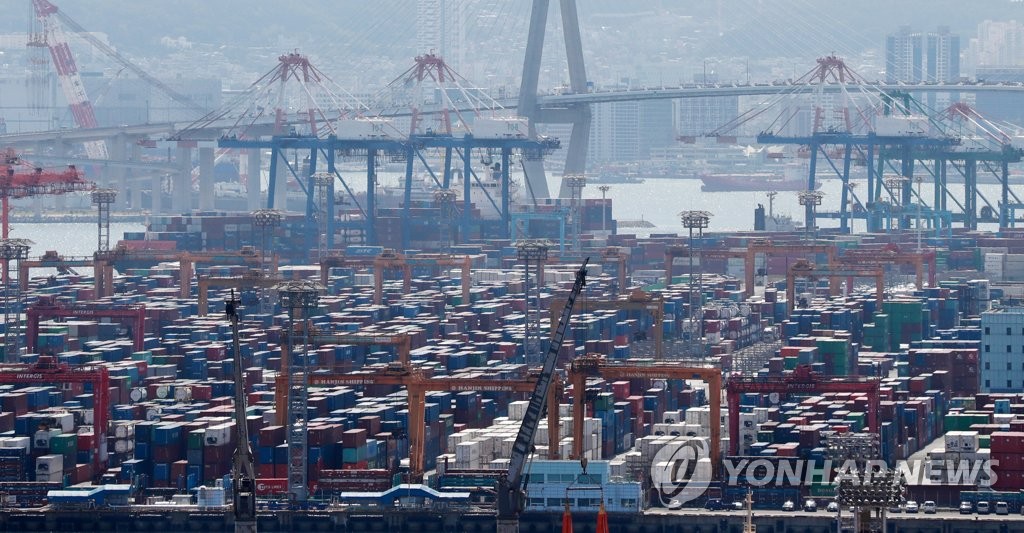 The government said it will focus on making a "complete" economic recovery in the second half, with policy measures to boost domestic demand and narrow social inequality driven by the pandemic.

"Domestic demand is expected to improve, led by pent-up demand for in-person services, but it will not likely recover to pre-pandemic levels amid uncertainty over COVID-19 and restraints on foreign travel," the ministry said in a statement.

Private spending is expected to grow 2.8 percent this year, following a 5 percent contraction last year, according to the Ministry of Economy and Finance.

As part of key measures to boost domestic demand, the government will provide cash back rewards for credit card spending to prompt more people to open their wallets.

People will be able to receive back 10 percent of the amount they spend with credit cards in the August-October period than the second quarter. The government will run the program for three months.

The ministry also plans to newly launch a discount coupon program for six areas that have suffered severe setbacks due to the pandemic, such as sports, movies and travel.

The country earlier introduced discount coupon programs aimed at boost spending on travel, dining, arts and leisure activities but halted them amid a flare-up in coronavirus cases.

The timing of coupon use will depend on COVID-19 situations and the speed of the vaccine rollout. 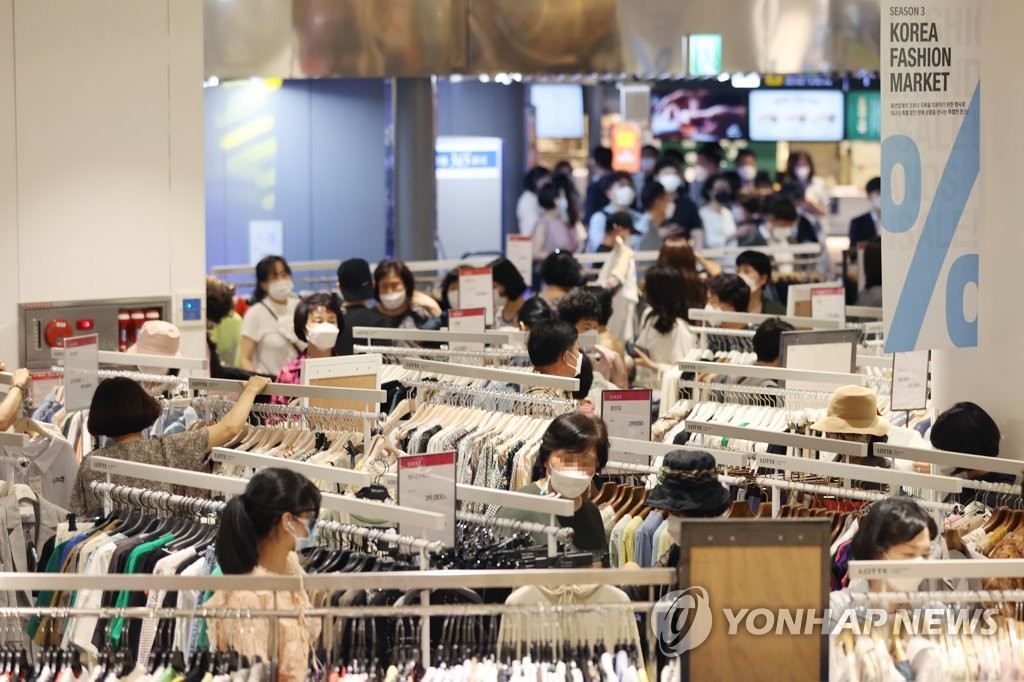 The measures to boost consumption will be funded by another round of an extra budget currently under review.

The government is planning this year's second extra budget, estimated at some 30 trillion won (US$26.6 billion) as it seeks to support vulnerable people hit hard by the prolonged pandemic.

The country, meanwhile, will make all-out policy efforts to achieve the export goal of $600 billion this year.

Exports, which account for half of the economy, are set to extend their gains to the eighth straight month in June. Overseas shipments jumped 45.6 percent on-year to $50.7 billion in May and exports amounted to $248.3 billion in the January-May period.

The ministry forecast exports to grow 18.5 percent this year, sharply up from its earlier estimate of an 8.6 percent gain.

The country will also designate semiconductors, batteries and vaccines as three key sectors dealing with national strategic technologies. It will spend more than 2 trillion won supporting their facility investment, and provide tax incentives and other support.

The job market is expected to be on a recovery track this year. The government forecast the number of the employed people will increase 250,000, higher than its earlier estimate of a rise of 150,000.

The government will focus on creating more than 150,000 jobs for the remainder of the year.

Meanwhile, the government raised its 2021 outlook for consumer prices to 1.8 percent from its earlier projection of 1.1 percent.

South Korea's inflationary pressure remained muted last year due to the pandemic, but the growth of consumer prices picked up amid a rise in prices of farm and oil products and an accelerating economic recovery.

Consumer prices grew 2.6 percent on-year in May, the fastest on-year gain in more than nine years. The BOK aims to keep annual inflation at 2 percent over the medium term.