SEOUL, June 28 (Yonhap) -- President Moon Jae-in on Monday accepted the resignation of the head of South Korea's state audit agency after he offered to step down earlier in the day in a move widely viewed as a prelude to joining the presidential election race.

The resignation of Choe Jae-hyeong, the chairman of the Board of Audit and Inspection (BAI), came six months before the end of his four-year term and the presidential election slated for March.

Moon approved Choe's offer to be relieved of his post at around 5:50 p.m., about nine hours after he made his decision public.

"Considering the term of a top state auditor is guaranteed to maintain the political neutrality, Chairman Choe has set an undesirable precedent," Moon was quoted as saying by Cheong Wa Dae spokesperson Park Kyung-mee.

The president expressed regret over Choi's move, she added. 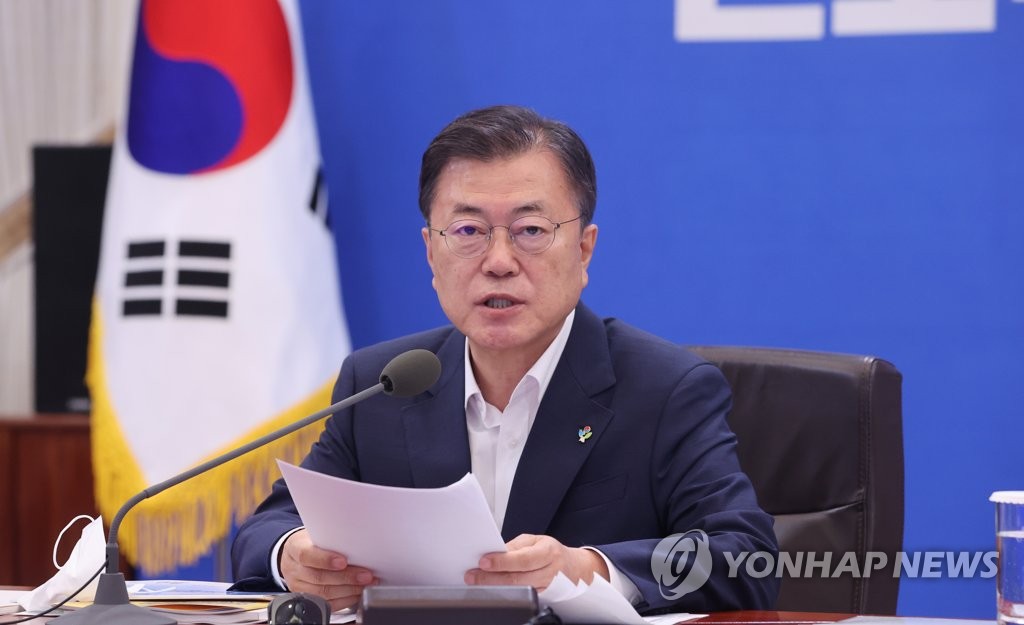 A Cheong Wa Dae official later said it is unprecedented for a BAI chief to resign before the end of his or her tenure under the nation's civilian government.

It remains unclear when Moon will nominate Choe's successor, according to the official, who spoke on the customary condition of anonymity.

Choe told reporters that he had tendered his resignation earlier in the day. He added he had thought that it is "inappropriate" to carry on his duty amid "plenty of disputes" over his position. 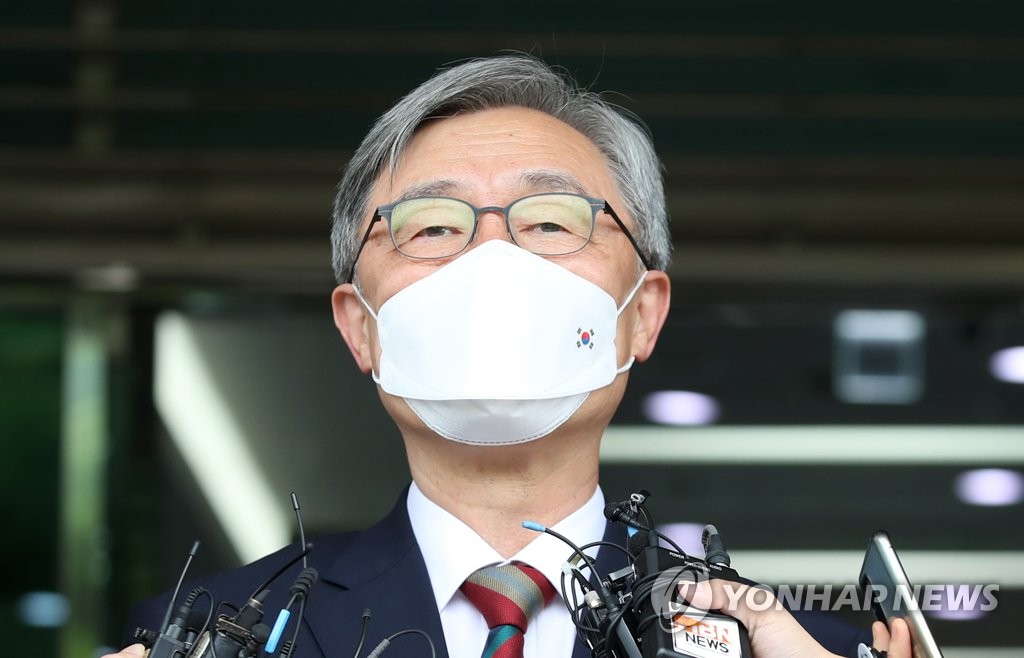 He apologized to the people, the president and other BAI officials for resigning ahead of the end of his tenure.

The former judge is widely expected to seek to run in next year's presidential election as an opposition candidate.

Local media regard Choe as a potential alternative presidential candidate to former Prosecutor General Yoon Seok-youl for the opposition camp critical of Moon in the case that Yoon drops out of the race.

Choe did not clarify immediately whether or when he would declare his political bid, saying he plans to take some time to think carefully about what role he can play for the future of the nation.

He has been at odds with Cheong Wa Dae since the BAI's controversial audit last year on the Moon administration's decision to close the Wolsong-1 reactor at an early date.

The closure is in line with Moon's campaign to phase out the country's use of nuclear energy in favor of renewable ones.

The nuclear reactor's economic viability was unreasonably undervalued in the government's study, according to the results of the BAI's probe. Moon's aides have labeled it a "politically motivated" audit under Choe's leadership.

State prosecutors are investigating suspicions that the government had manipulated the economic viability of the decades-old reactor.
lcd@yna.co.kr
(END)