SEOUL, June 28 (Yonhap) -- South Korea plans to take part in a large-scale naval exercise that the United States and Australia plan to hold next month, the defense ministry said Monday.

The Navy will send a 4,400 ton-class destroyer to the Talisman Sabre exercise set to take place in mid-July in Australian waters. The biennial exercise is the largest bilateral training activity between the U.S. and Australia.

"We've decided to join the exercise for the first time this year with a goal to improve our capabilities of conducting combined operations," ministry spokesperson Boo Seung-chan told a regular press briefing.

During the 2019 exercise, South Korea was an observer.

Some say the exercise is meant to better counter China particularly amid frayed relations between Australia and China, but Boo said that it is not aimed at specific nations.

Britain, Canada, New Zealand and Japan will also participate in this year's drills, while France, India and Indonesia will serve as observer nations, according to the Australian military.

This year's drills will be held in a scaled-back manner due to the COVID-19 pandemic, with about 17,000 personnel set to take part in the exercise, about half the scale of the 2019 exercise, according to the Australian defense ministry.

Around 1,800 foreign forces are entering Australia and undergoing a two-week quarantine, it said. 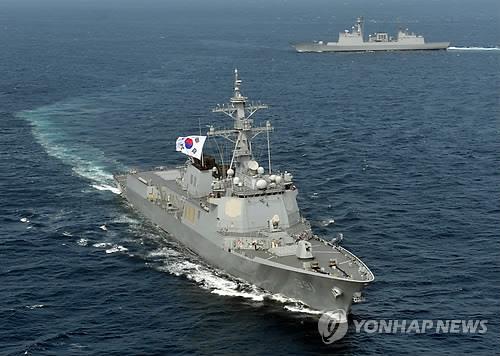