A total of 395,677 troops, or 95.4 percent of the age group who have received their first shots, are subject to the inoculation, according to the ministry.

Soldiers aged 30 and older were given AstraZeneca's vaccine, with 88 percent, or 116,900 members, agreeing to take their first shots. The second jabs for the age group are expected to begin next month.

On Monday, the ministry said three service members have tested positive for COVID-19, raising the total caseload reported among the military population to 1,019.

Of the newly confirmed cases, two soldiers were found to be infected after a virus case was reported at their base, while the other service member was confirmed to have contracted the virus following a vacation in Seoul. 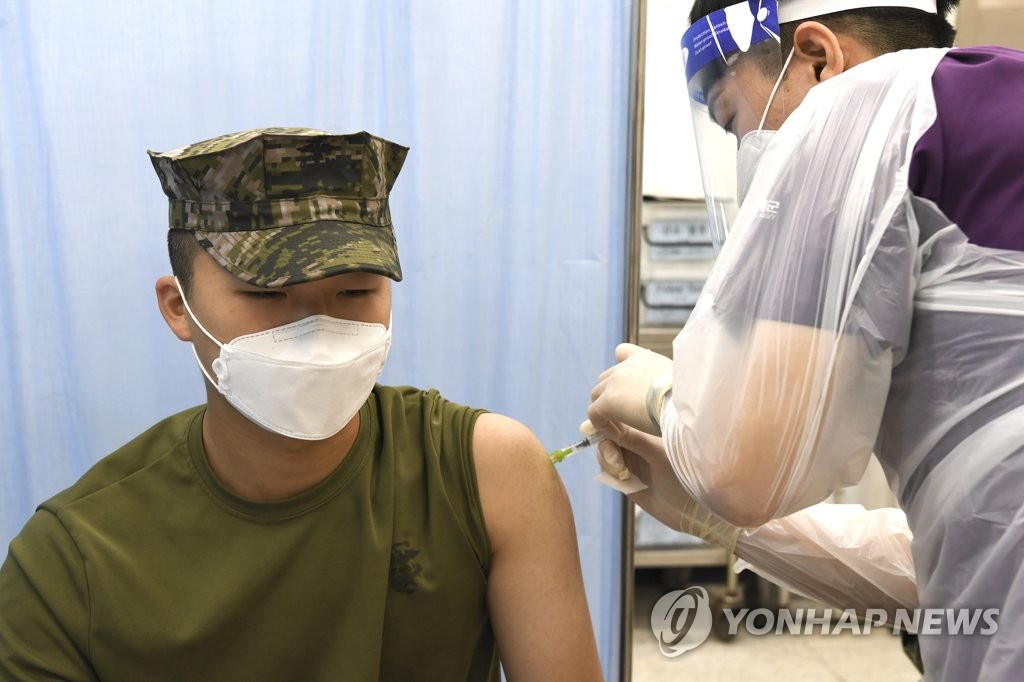