According to the report by the Seoul Institute, a city-run think tank, a survey of 1,200 households in the capital found that the consumer sentiment index (CSI) rose 3.9 points from the previous quarter to 92.9.

This marks the first time Seoul's CSI, which reflects consumers' economic sentiment, surpassed the 90-point threshold since the fourth quarter of 2019, just before the outbreak of COVID-19 here, when the reading was 93.3.

A reading above 100 means consumers are optimistic about the future of the economy, while a reading below the benchmark means the opposite. 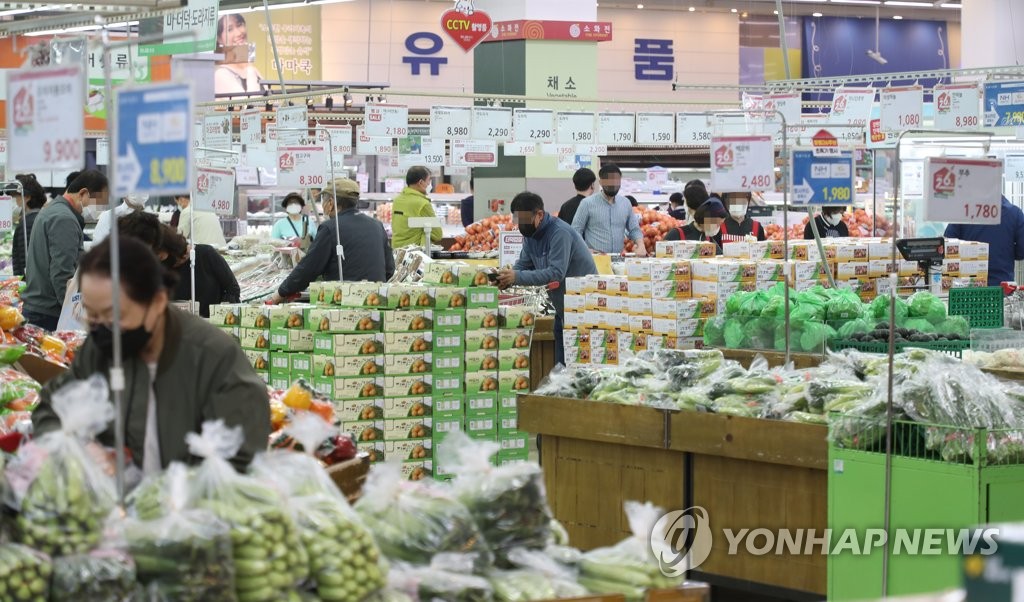 The institute said Seoul's CSI is expected to rise gradually, considering the increasing supply of COVID-19 vaccines and the government's consumption boosting plans.

Still, many Seoulites expressed uncertainty about their future.

An index measuring future living conditions, which is one of the components of the CSI, dropped by 0.8 point to 95.2.

The think tank attributed the decline to more households expecting their living conditions to worsen after a year due to falling income and rising prices.

The report showed that 34.2 percent of the respondents believed their socioeconomic status fell after the pandemic started, while only 6.3 percent said it went up.

Asked which economic policy they wanted to see the mayor prioritize, 38.5 percent, the largest number, picked the stabilization of the cost of living.