"Butter" is the BTS song with the longest run atop the Hot 100. The seven-piece act now has 10 Billboard Hot 100 No. 1 records. "Butter" leads the list with five times at No. 1, followed by "Dynamite" with three, and "Life Goes On" and "Savage Love (Laxed - Siren Beat)" with one each.

On a regional level, BTS last week became the first Asian artist to hit No. 1 for four straight weeks. Previously, Japanese singer Kyu Sakamoto held the title with "Sukiyaki" in 1963. 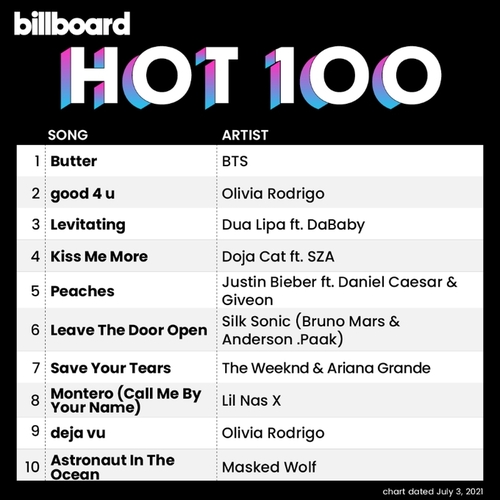 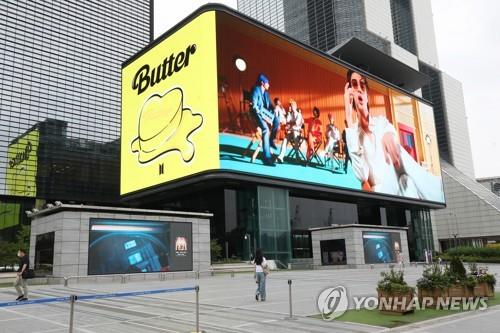 As of Tuesday, the song had earned 400 million views on YouTube, becoming the group's 13th music video to reach the milestone. 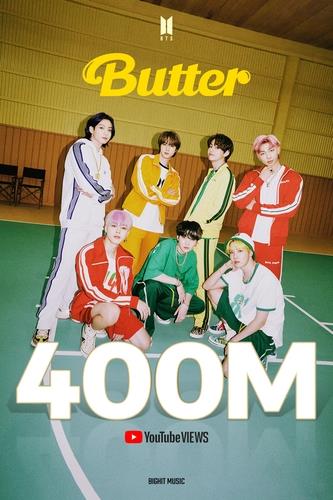 BTS, which has continuously voiced gratitude to Army for its massive success, again thanked its fans for the five-week run.

"It was worth staying up. Five weeks is a bit scary but still (we're) happy," member Suga wrote on fan community Weverse. "(We) love you Army! Thanks so much and let's enjoy!"

Jin also mentioned Army, saying the group is going through "unbelievable experiences" thanks to the dedicated fan base. 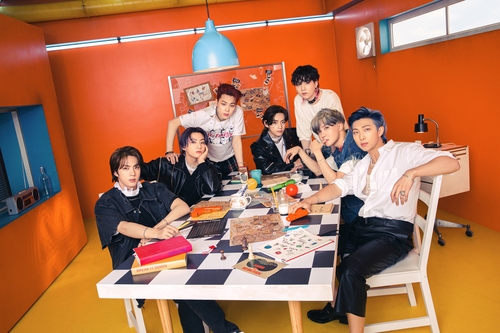