SEOUL, June 28 (Yonhap) -- The bereaved family of a late Air Force noncommissioned officer on Monday demanded a parliamentary probe into the sexual abuse case that their loved one suffered before taking her own life, saying they can no longer trust the military's investigation.

Military investigators have been looking into the death of the master sergeant, surnamed Lee, who was found dead in May, three months after being sexually abused by a colleague of the same rank amid suspicions that the military's mishandling of the abuse led to her suicide.

In the first press conference held after their daughter's death, Lee's parents said a parliamentary investigation is "inevitable" to reveal the truth behind the incident. They have accused the military of trying to cover up the case, rather than protecting the victim despite her repeated calls for help.

"We've been following the defense ministry's investigation with trust based on what the president has said," Lee's father told reporters at a military hospital in Seongnam, south of Seoul, referring to President Moon Jae-in's earlier call for a thorough probe into the case.

"But now, we feel like we are facing devastating limits," he said.

In particular, the parents expressed deep mistrust of the Criminal Investigation Command looking into the Air Force law enforcement's mishandling of the sexual abuse case, claiming that the command had booked only one person for investigation after insisting there was no criminal problem with the initial Air Force probe.

Earlier in the day, the Air Force said it relieved four officers -- the chief of the military police battalion of the 20th Fighter Wing where the incident took place, an investigator, a military prosecutor and a military public defender -- of their duties for the alleged mishandling of the case when it was first reported by the victim.

In the face of intense public fury over a series of human rights violations in barracks, the defense ministry on Monday launched a task force, joined by members from the private sector, to overhaul the military culture.

During the first meeting, Defense Minister Suh Wook called for efforts to "fundamentally" transform the barracks culture so that the military can be "strong and trusted based on justice and human rights." 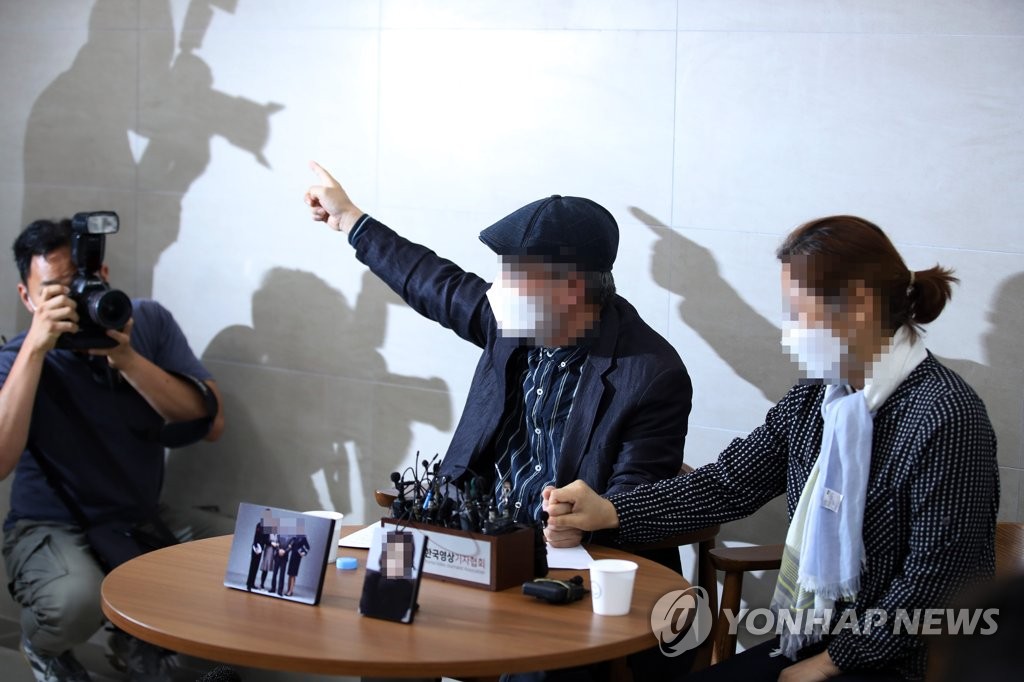